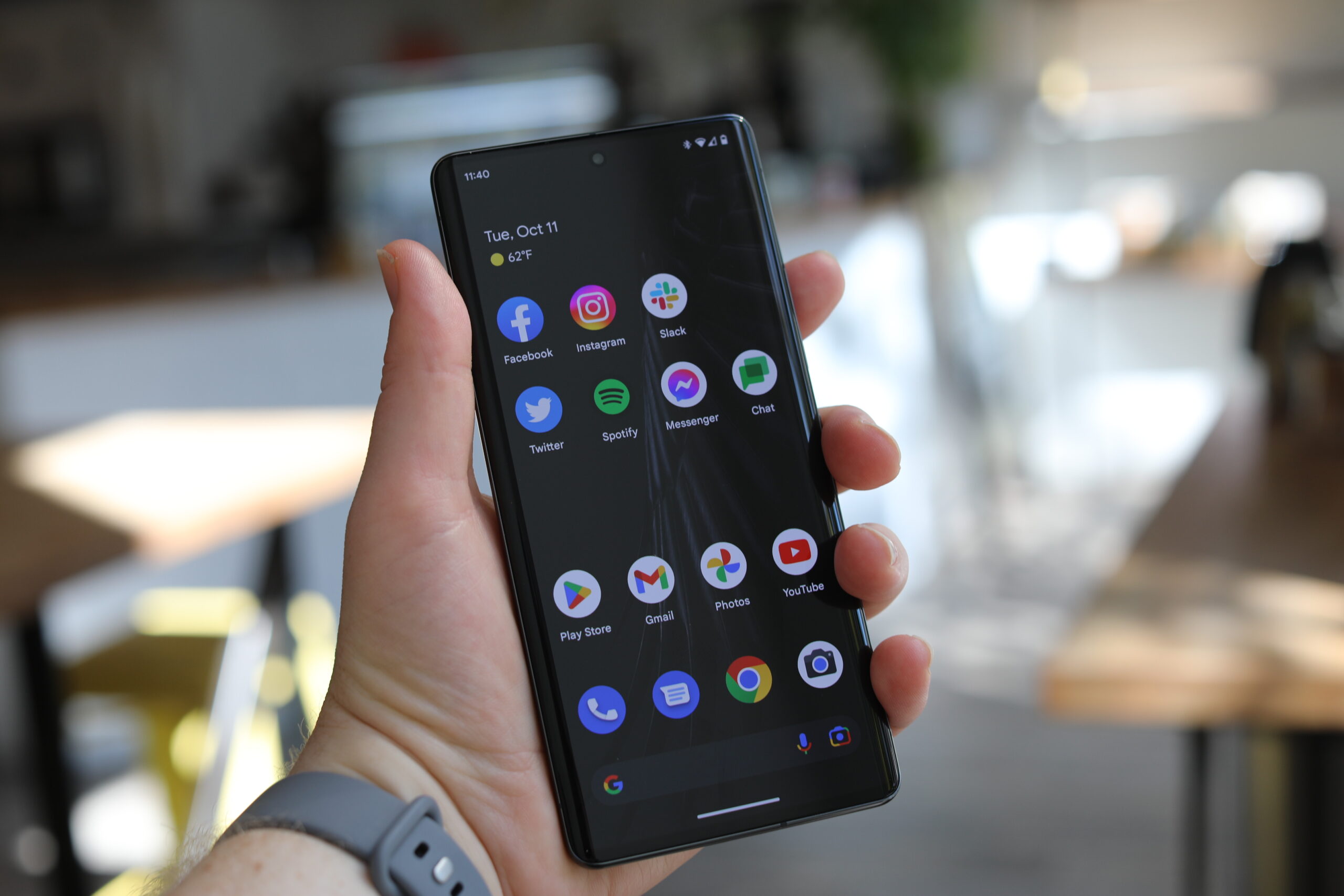 The contrast is strong here, because last year was anything but. The Pixel 6 was Google’s breakout phone. Last year was the year Google finally answered the “why,” marrying excellent hardware and software with an affordable price point. It’s a question the Pixel Watch may spend another generation or two addressing. But last year the Pixel smartphone line broke out of the cycle, and all it took was a massive restructuring of Google’s hardware division. The Pixel 6 changed the conversation around Google’s smartphone efforts. The Pixel 7 is, by and large, an iteration on last year’s model. And that’s totally fine. In 2021, the company worked to catch up with the rest of the flagship market, and now it’s about keeping that pace. The truth about the way the category is structured currently is that it seems likely that any one will change the conversation completely. 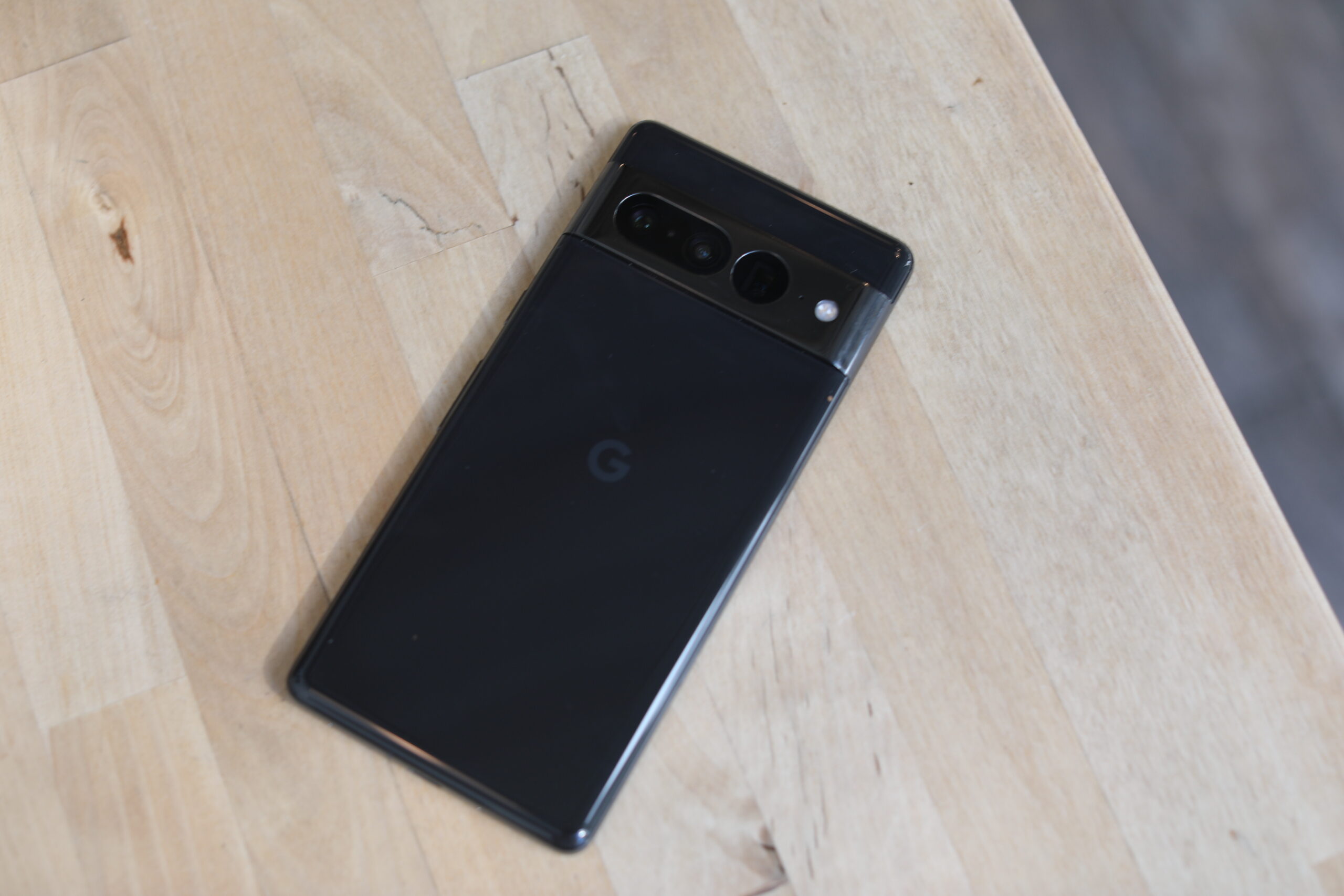 So many of these devices revolve around same or similar components powering the same operating system. At present, Google’s biggest differentiator is software. The Pixel may have been developed as a method for showcasing new Android features, but these days, those features are precisely what distinguishes the product from the pack. The other big (and related tentpole) are the company’s advances in machine learning. Those are present in a number of spots, but most primarily imaging, where this thing really shines. I opted to review the 7 Pro instead of the 7 this time out because we’re finally getting some nice fall weather here and I really wanted to take some good photos. Is that selfish? I mean, yeah, for sure, but photography is the battlefield on which the smartphone wars are currently waged. There’s a third potential plank for some differentiation: processing. Like Apple, Google has broken out of the Qualcomm mold that powers a majority of flagships these days, instead opting to build its own chips in-house. Unfortunately, there’s really not a big leap from original Tensor chip to the G2 — certainly nothing worth dwelling on here. The benchmarks do get a small uptick, but for day-to-day use, it seems unlikely you’ll notice much there. 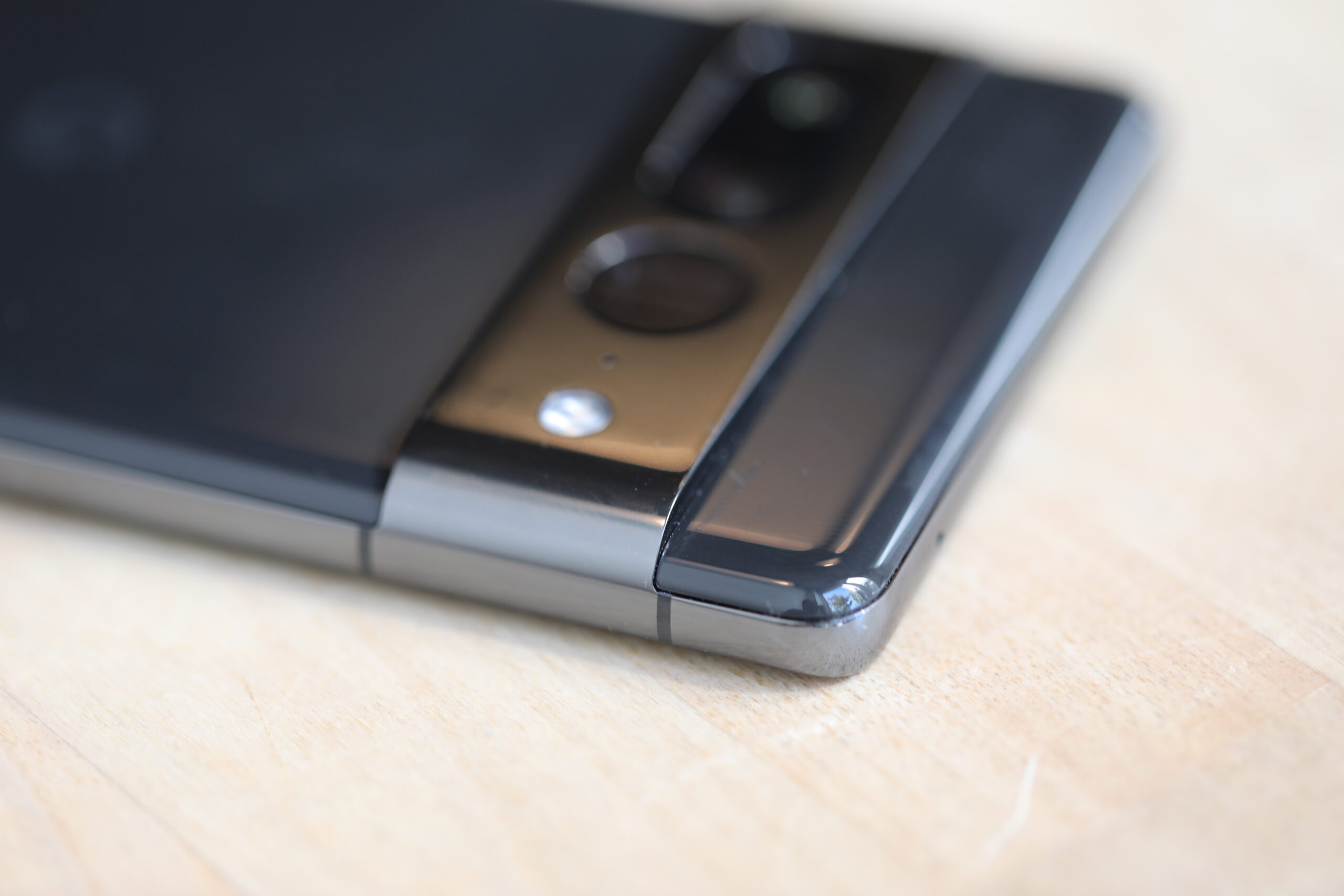 The hardware is refined over last year’s model. It’s a nice looking phone (the camera bar has proven somewhat polarizing, but I like it). It’s slim, slick and shiny, and the phone doesn’t feel as outsized as its 6.7-inch screen (though single-handed use is largely a no-go for me). The 1,000 nit display is nice and bright, and the 1440 x 3120 512 ppi resolution looks great coupled with the smooth 120Hz refresh rate. Like the new Pixel Watch, it’s got an always-on option, though again, that’s going to have an impact on battery life. Also like the Pixel Watch, I wasn’t particularly impressed with the on-board battery. Rated at 5,000 mAh (a slight downgrade from the 6 Pro’s 5,003), I’m looking at around 25% capacity nine hours in. Once again, imaging is where this thing really shines. One of the earliest hard-learned lessons for the line is that computational photography alone isn’t enough. Google felt it had something to prove in those early days, with a single camera sensor, but it ultimately came up short. Computational photography, coupled with good camera hardware, on the other hand, is a force to be reckoned with. The standard 7 sports a 50-megapixel wide camera and 12-megapixel ultrawide, while the Pro adds a 48-megapixel telephoto into the camera bar. I’m not permanently packing up my SLR any time soon, but as far as a frictionless, out of the box experience goes, it’s tough to beat the Pixel 7 Pro. Generations of camera software updates have made taking a good photo dead simple, and recent upgrades have brought dramatic improvements to things like zoom. 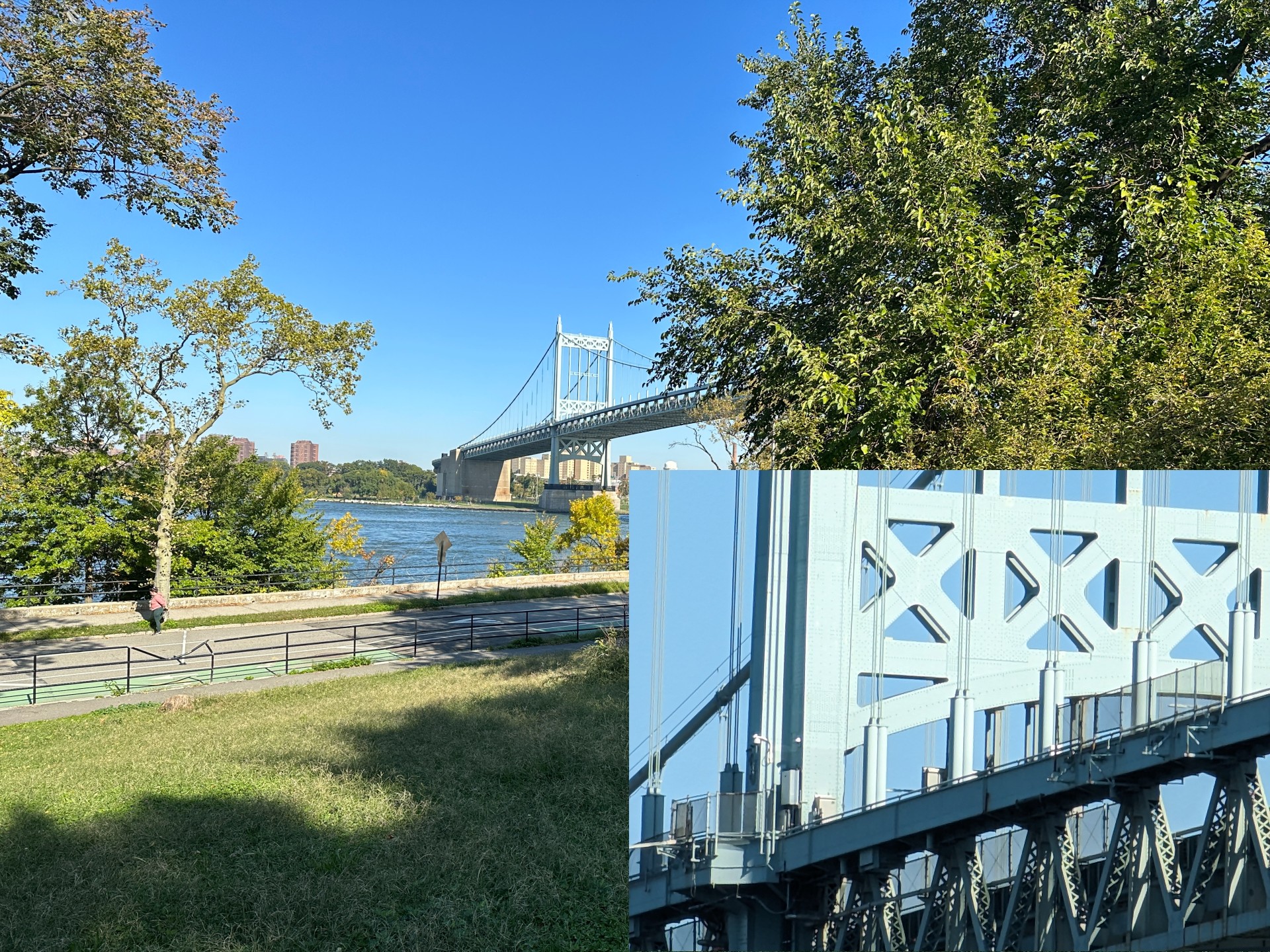 Light also makes a world of difference for macro shots. Holding the camera around one to two inches from a subject will surface the setting automatically. There’s no specific macro lens built in (as we’ve seen on a smattering of other models). Instead, the feature relies on the ultrawide, and the results are impressive, nonetheless. Coupled with upgrades to features like Real Tone for more authentic skin tones and Night Sight and you’ve got an extremely well-rounded and impressive little camera in your pocket. 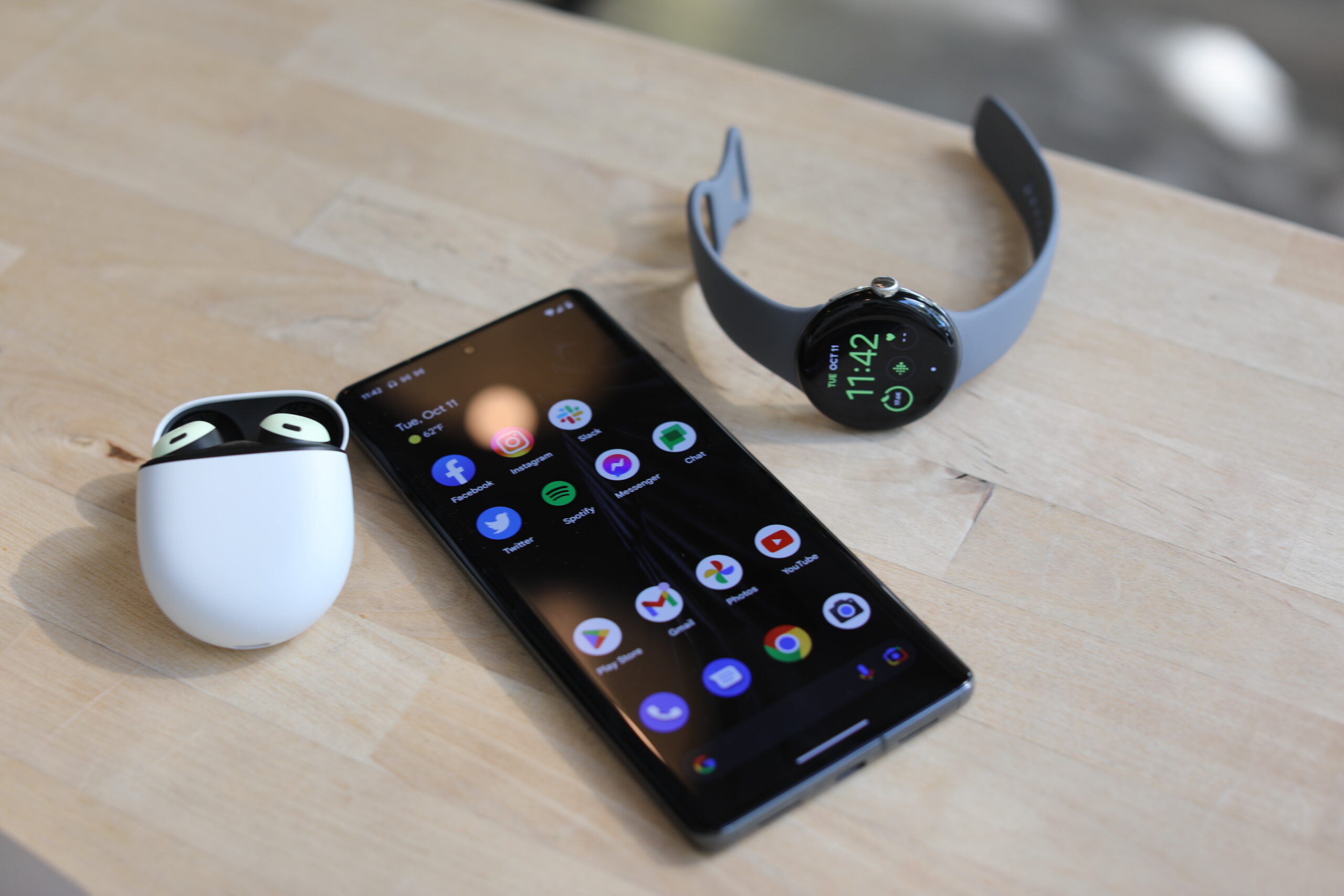 The biggest exclusive (for now, at least) software updates arrive on the Speech side of things. These have long been top of the list of Pixel standout features, so it’s no surprise to see that they’re still a focus this time around. Voice Recorder adds Canadian English, American Spanish and Hindi English to a list that also includes German, French, Spanish, Italian and Japanese. Google’s longstanding quest to make automated phone menus less annoying continues in earnest with the addition of pressable menu options that populate even before the robot voice speaks them. Much like the phone itself nothing there is a true breakthrough, so much as a refinement on an already good thing. With a starting price of $599 for the 7 and $899 for the 7 Pro, Google is more than competitive on flagship pricing. Sure, you can spec the 7 Pro up to $1,099 by opting for the 512GB storage option, but in a world where the competition routinely starts above $1,000, pricing remains a cornerstone of Google’s smartphone, all while delivering a quality premium device in the process. Google Pixel 7 Pro: Refinements are perfectly fine by Brian Heater originally published on TechCrunch