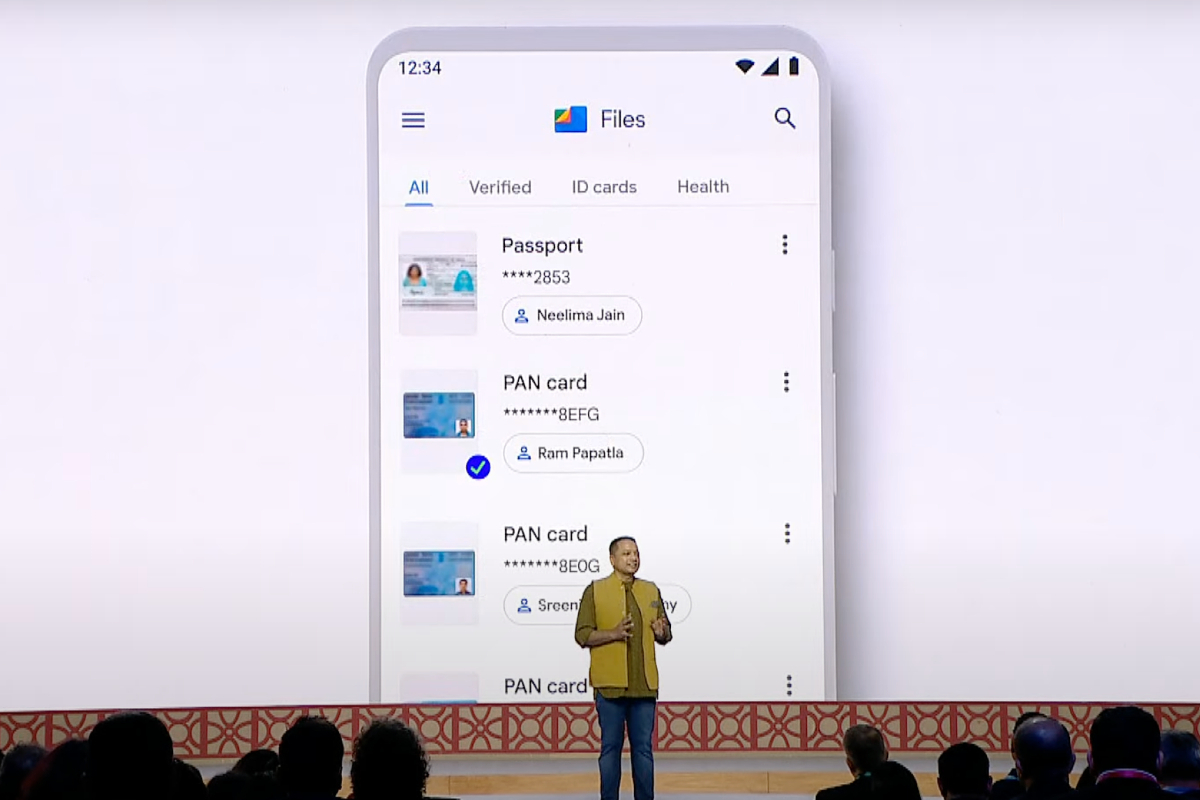 At the annual Google for India conference on Monday, Google announced its partnership with the Indian government to roll out the DigiLocker integration within the Files app. The search giant also announced a machine learning-based model that will help identify and organize important files including official documents and government ID cards. “We expect that DigiLocker’s integration and partnership on Android will drive smoother and ubiquitous access to digitized documents in a safe and secure manner for all our users,” Abhishek Singh said while announcing the partnership with Google. Singh acts as the President and CEO of NeGD, the MD & CEO of Digital India Corporation (DIC) and also the CEO Karmayogi Bharat. Singh said that DigiLocker has over 137 million registered users. The service also has over 2,300 issuers who have issued more than 5.6 billion documents to date, he said. Google didn’t disclose any exact timelines on when the integration will be available to users. It also didn’t reveal whether the experience will also available to iOS at some point in the future. At the eighth edition of the annual conference, Google also announced AI-driven updates related to search and showcased an AI offering for Google Lens that will help users decode handwriting of doctors. Additionally, Google introduced Courses as a feature on YouTube to provide more monetization areas to creators developing educational content. Google introduces India’s DigiLocker integration to Files app to access official documents by Jagmeet Singh originally published on TechCrunch