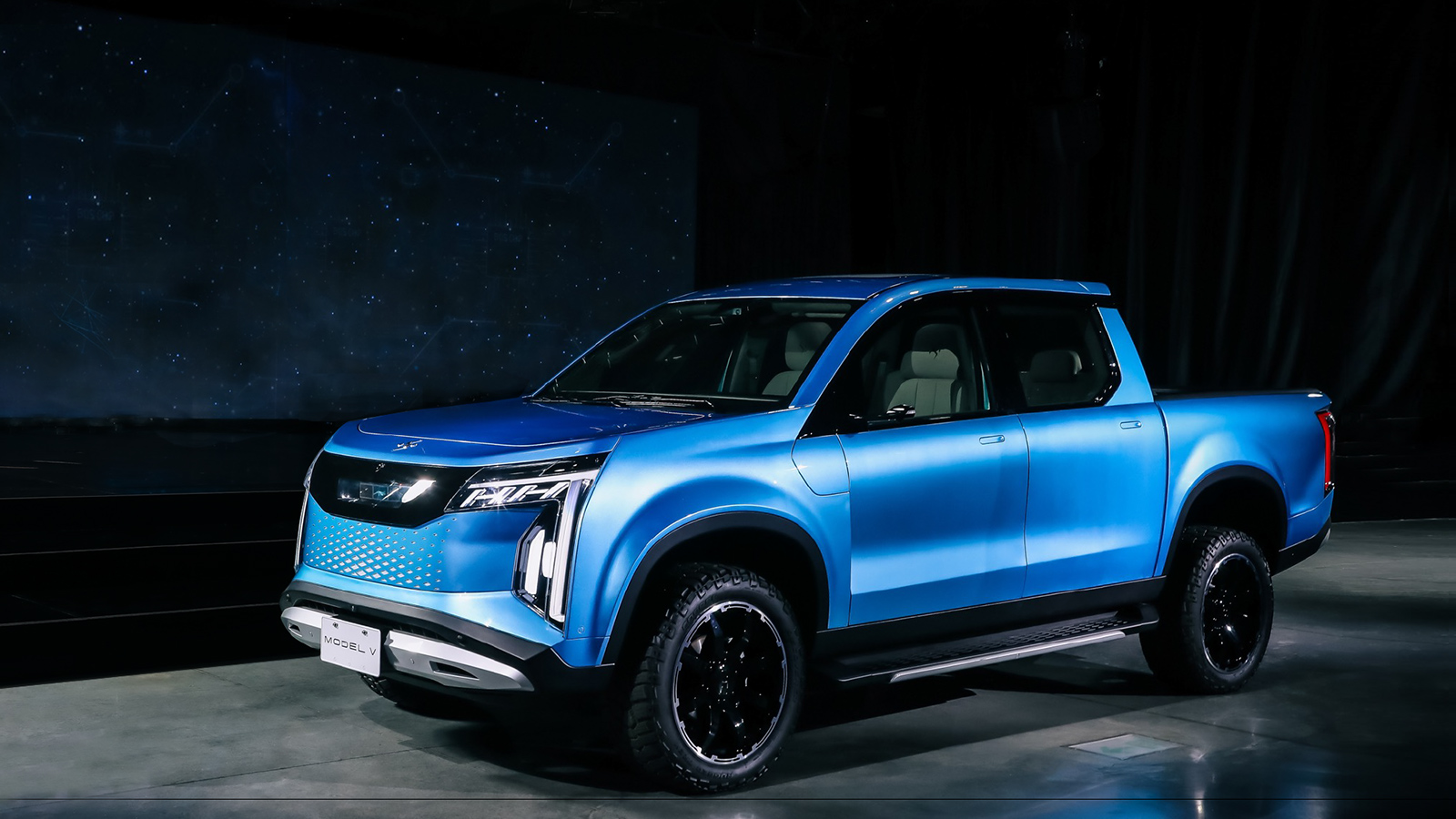 Under the two-part partnership, Foxconn will become a primary supplier of electronic control units for automakers. Those ECUs, which are an essential component for all modern vehicles, will be built with Nvidia’s Drive Orin system-on-a-chip (SoC), a supercomputing AI platform that supports autonomous driving functions. As part of the partnership, Foxconn agreed to build its own branded electric vehicles with the Drive Orin ECUs and Nvidia’s suite of sensors like cameras, radar, lidar and ultrasonics (called Drive Hyperion) that are needed for highly automated driving capabilities. Foxconn didn’t respond in time to clarify which future vehicles would feature Nvidia’s tech; the company has not yet built its own vehicles and is in the process of manufacturing EVs for Fisker and Lordstown Motors. The electronics manufacturer most well-known for making Apple’s iPhones recently unveiled two EV concepts — a pickup and a crossover hatchback. Details about the vehicles when first unveiled were scant, but Foxconn’s partnership with Nvidia signals that the cars will be built with autonomous driving capabilities. Nvidia said the partnership will allow it to leverage Foxconn’s manufacturing capabilities to scale Drive Orin. At the same time, Foxconn’s use of the Drive Hyperion architecture and the Drive Orin SoC will allow the new automaker to speed up its time-to-market and cut production costs. That’ll be a necessary for any company, including Foxconn, that is new to building vehicles. While the company has plenty of experience manufacturing consumer electronics, one need to only consider the spate of struggling EV startups that have popped up in the past few years. And in 2023 and beyond, automakers aren’t just building cars — they’re building supercomputers on wheels. Best to outsource where they can. Last year at CES, BYD and Lucid Motors said they rely on Nvidia’s self-driving toolkit for their cars current and future advanced driver assistance systems. ces-2023-banner-1 Foxconn’s EVs will be built with Nvidia’s self-driving toolkit by Rebecca Bellan originally published on TechCrunch