Former VC brings smart financial advice to people who really need it, instead of just the rich 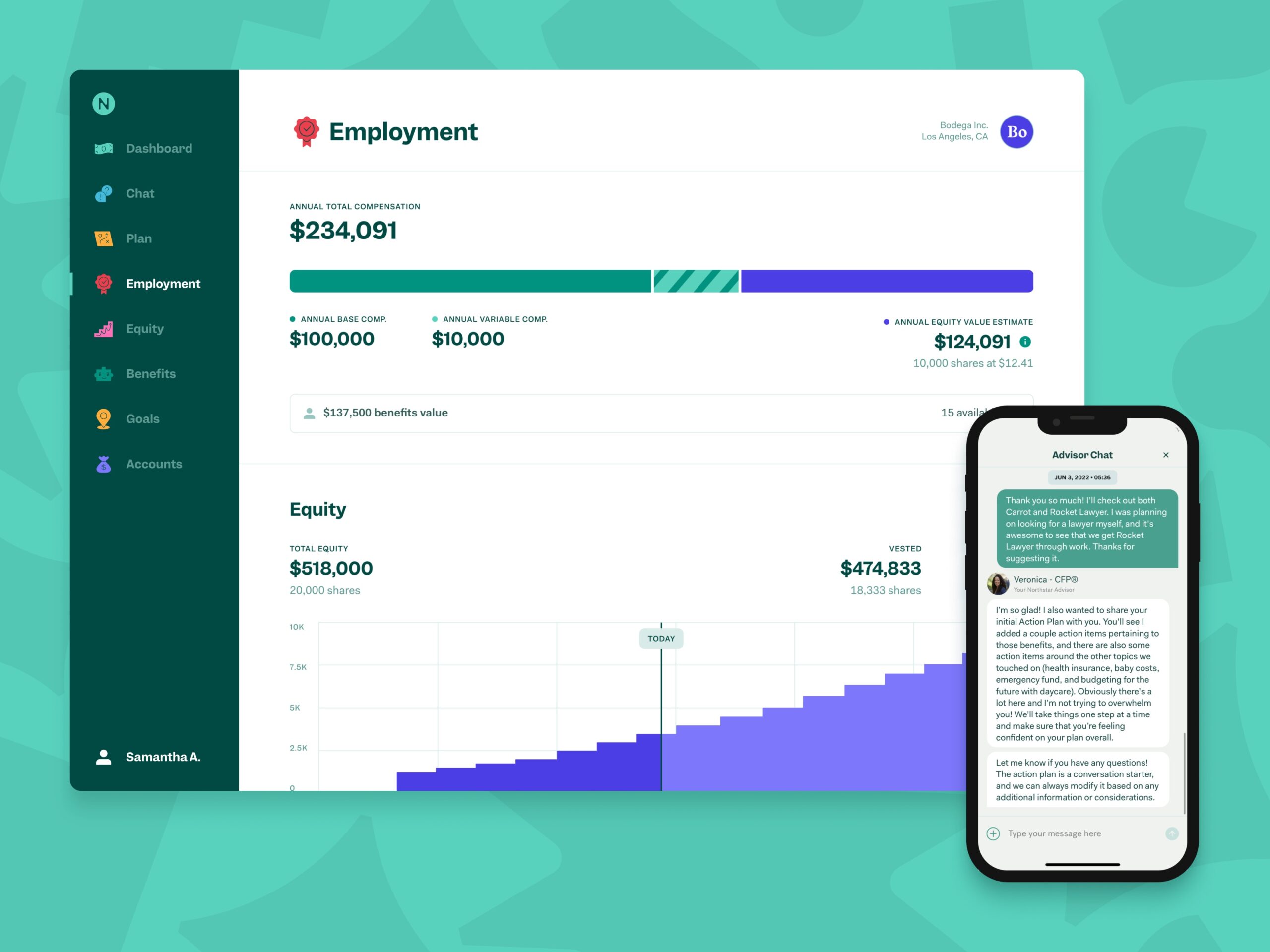 He asked his immigrant parents what they thought the best approach would be for him to pay it off. “There were companies telling me that I should refinance my student loans,” recalls Peng, who is the oldest of six children born in Taiwan. “I was also not sure how I should balance paying off my student loans while building an emergency fund and putting money into my 401(k).” So he searched Google and “read a lot of NerdWallet articles” but still “made a ton of mistakes.” It was at that point that Peng realized that he was likely not alone in his struggles and so the idea for his startup, Northstar, was born. Realizing that receiving financial advisory services is often a luxury reserved for the upper middle class or affluent, Peng decided the best way to make such services more accessible was to partner with employers to offer a financial wellness benefit to their employees. “We want to build financial wellness for the 100%, not just the 1%,” he said. Specifically, Los Angeles-based Northstar has developed a set of personal financial management tools to help guide employees through various financial and life situations with the aim of helping them understand “the full value of their compensation, equity, and benefits.” While many of its clients are in the tech space, they “range in size and industry” and include private and public companies, according to Peng. For example, Northstar’s customers include the likes of Zoom, Snap, 23andMe, Virgin Orbit and, ironically, NerdWallet. The company charges employers a monthly subscription based on headcount to give employees one-on-one access to a full-time financial advisor employed by Northstar. Employees pay nothing and there is no commission involved. Northstar pairs employees with the same advisor so they can feel comfort and familiarity rather than have an employee talk to a different individual every time they have a question. And as the company has built out its financial advisor team, the company has been intentional about hiring diverse staff so that employees are more likely to talk with people with similar backgrounds as their own. It appears that Northstar’s services are in more demand than ever in the current challenging macro environment, according to Peng, who was previously a general partner at Red Swan Ventures for nearly a decade and an early investor in Coinbase, Guideline, Even and Oscar. While the CEO declined to reveal hard revenue figures, he did tell TechCrunch that Northstar’s revenue has grown “over 5x” year-over-year and that the expectation is that it will grow 3x year-over-year next year. Since December 2020, the company has grown its customer base by more than 600%. “We’ve found that financial wellness is just a broad topic, regardless of distribution channel or how it’s actually done,” said Peng. “It is needed in good times, but especially in bad times.” And today, Northstar is announcing that it has just raised $24.4 million in a new funding round led by GGV Capital that according to Peng, took a remarkably fast time to close in a very challenging fundraising environment. “The time from the first meeting to the term sheet was about a month,” he told TechCrunch. New investors PayPal Ventures, Thomson Reuters Ventures and Canvas Ventures joined existing backers M13, Workday Ventures, Parade Ventures, Foundation Capital, Designer Fund and RRE in participating in the round, which brings Northstar’s total raised to $40 million since its 2016 inception. While he declined to reveal valuation, Peng noted that the new financing was a “significant up round.” The need for its offering is greater than ever because, in Peng’s view, while consumers have access to more “great” tools than ever, they still lack the knowledge to know what to do with them. “It’s actually exacerbated the problem — this unfair expectation that individuals actually know what to do with their finances,” said Peng. “Financial advice is something that fundamentally everybody needs. It’s not just those who have equity compensation, for example,” he added. “If you get a paycheck, if you get benefits, then you deserve financial advice.” Missing Attachment Northstar, for example, can help employees with things like understanding life insurance or whether or not a high deductible health plan is the best fit if you’re preparing to have children. “It’s this really holistic approach that combines everything that you receive from the employer under one roof,” Peng said. Presently, Northstar has about 50 employees. It’s looking to double or triple its headcount with its new round of financing. The company also has contractors that serve as financial advisors to employees in the 18 countries — such as Canada, United Kingdom, Germany and France — in which Northstar is operating. The company hopes to be in 30 countries by the end of 2023. GGV Capital managing partner and Northstar board member Hans Tung tells TechCrunch that his firm invested in Northstar because it shares “the vision that financial wellness should be universal for all employees.” “Financial advice has been around for many years, yet most consumers do not have access to financial advisors at affordable rates and enabled by tech, creating a huge market,” he added. “As a global investor, we look for companies that democratize technology for underserved markets and want to ‘go global.’” My weekly fintech newsletter, The Interchange, launched on May 1! Sign up here to get it in your inbox. Former VC brings smart financial advice to people who really need it, instead of just the rich by Mary Ann Azevedo originally published on TechCrunch