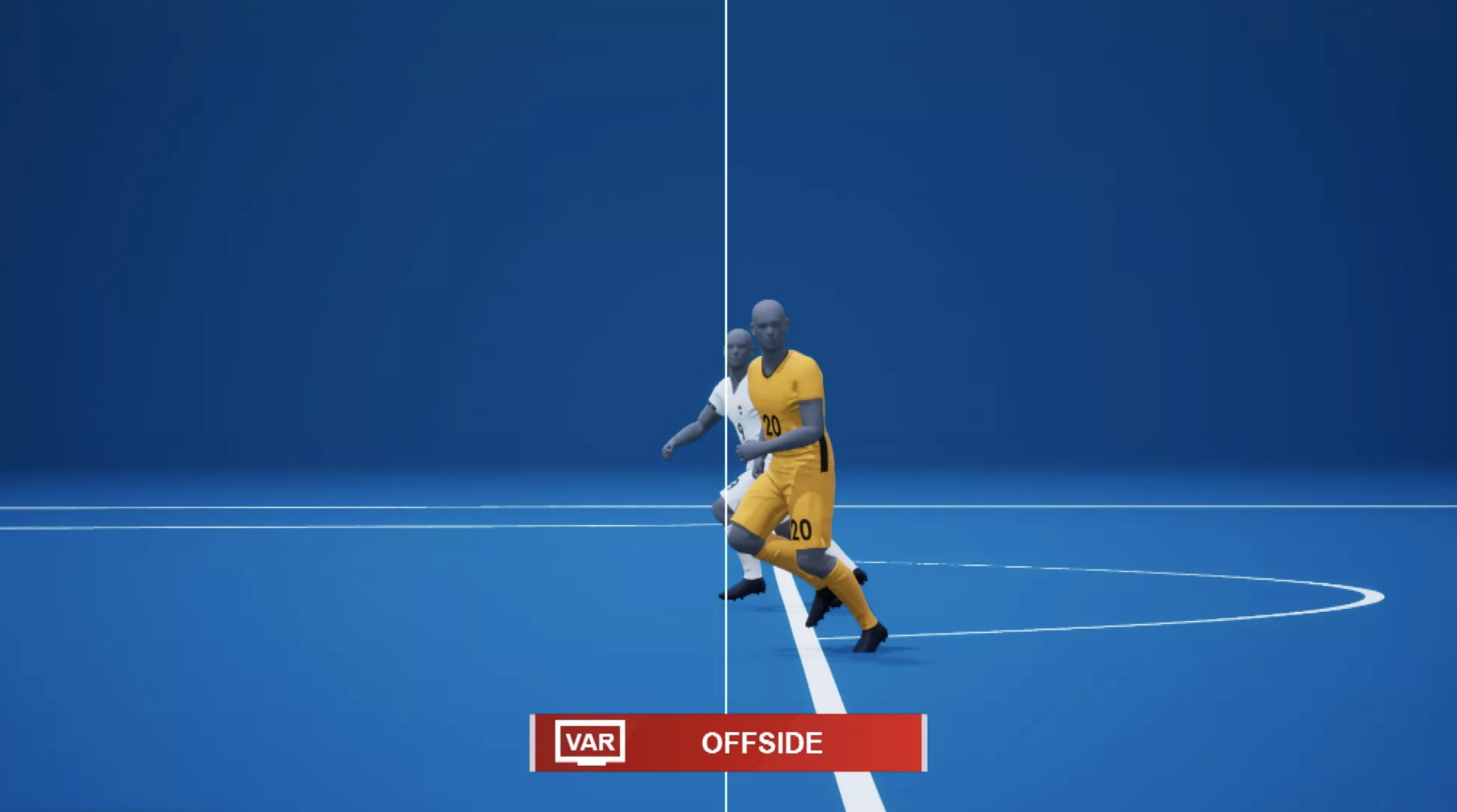 With 64 games to be played in the upcoming 2022 FIFA World Cup in November, the last thing anyone needs is to stop the games to review penalties. FIFA’s newest bit of nifty tech should hopefully help out with that.The international soccer governing body announced that it would start using what it calls “semi-automated offside technology” to figure out if a player is offside or not, without a lengthy review. For those (like me) who aren’t soccer experts, that’s the rule stating that a player attacking the opponent’s goal cannot be closer to the goal than both the ball and the second-closest opposing player.In other words, if the only thing between you and the goal is the goalkeeper while you don’t have the ball, you’re offside. It’s the kind of thing that regularly stops play and can be difficult to determine since all it takes is half an inch of someone’s knee to be closer to the goal than his opponent for it to count as offside. FIFA is installing 12 special tracking cameras around the stadiums (and putting a sensor inside the ball itself) to measure both the positions of players and the position of the ball. Tweet may have been deleted (opens in a new tab) If this new tech detects that an offside penalty occurred, the guys in the video operations room get an alert, take a few seconds to verify it, and report it to an on-field referee. Once it’s confirmed by all parties, a 3D animation showing the offside penalty is created on the fly, before being shown to the people in the stands and those watching on TV at home.Personally, I can’t wait to see one of those 3D animations glitch out terribly and show a guy’s knee where his head should be or something.Even as a non-soccer fan, the potential benefits of this new system are super obvious. I follow several Americans who wake up at odd hours on weekends to watch English soccer on Twitter, and they’re constantly pissed off about the video assistant referee (or VAR) system currently in place for reviewing calls. It not only slows the games down, but a reliance on human referees reviewing frame-by-frame footage can result in calls that are, to some, a little subjective.In fact, a 2021 study found that only 26 percent of the English Premier League (the top level of English soccer) support the use of VAR. Getting the remaining 74 percent of English soccer fans to agree on anything will be a real feat. The hope is that using AI and clear visual data to determine offside calls will get rid of many of the gripes around VAR.If it doesn’t, my Twitter feed is going to be even more of a mess than usual come this November.