Feast your eyes: LG’s 65-inch OLED TV is over half-off 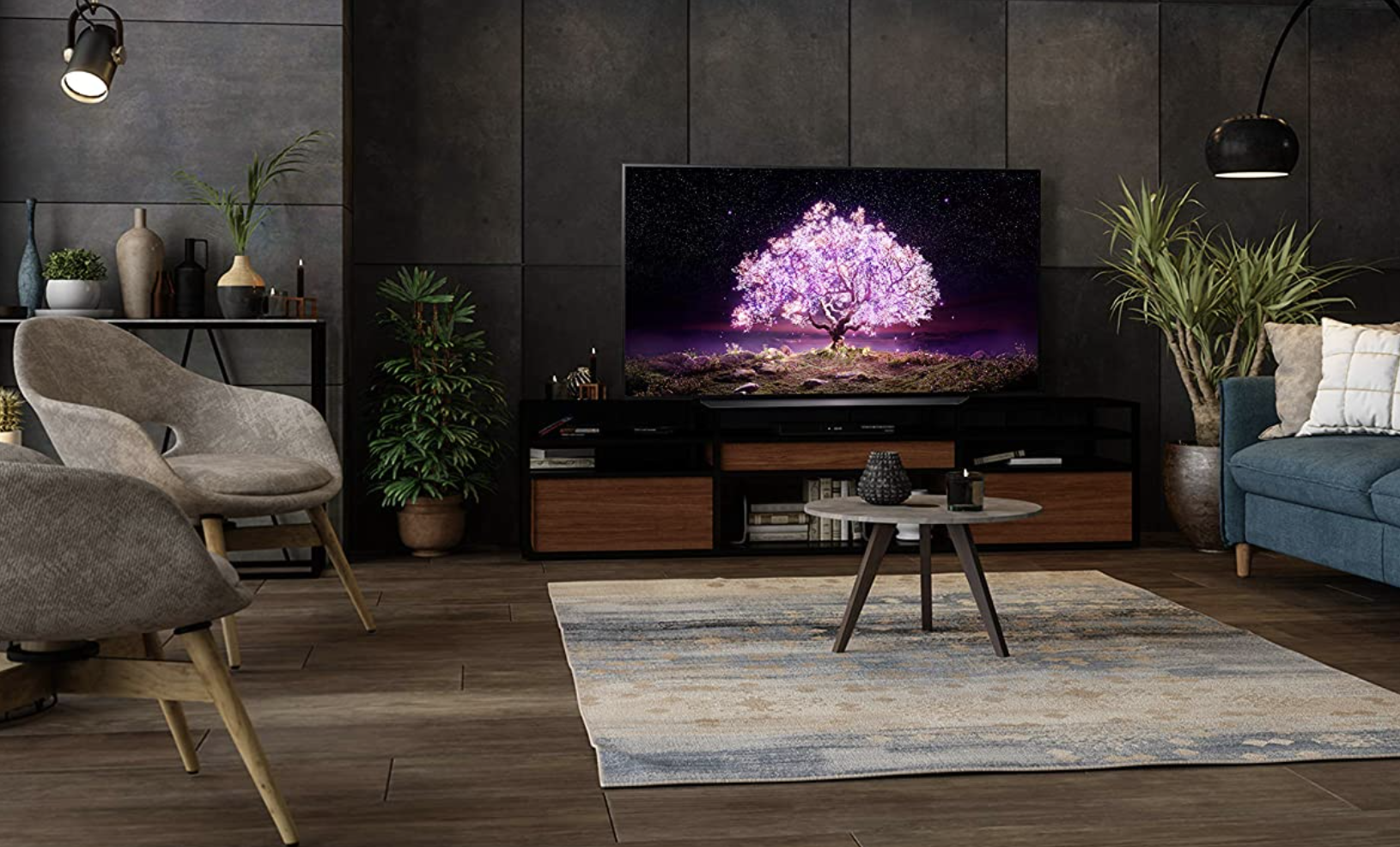 SAVE $1,303: As of Nov. 24, LG’s C1 Series 65-inch OLED television is on sale at $1,196.99 at Amazon. That’s a 52% discount. Black Friday is always the best time to get a splashy, big-ticket item like a television. And it doesn’t get any more big-ticket than the LG C1 65-inch size OLED TV, which is over 50% off of its $2,499 list price at Amazon. That’s a lot of television for the memory: 4K resolution’s worth. That’s also $300 cheaper than the last time we saw this on sale, during the Prime Early Access Sale. This C1 Series television isn’t just ultra-thin (less than two inches at its base), it’s also sleek enough to be wall-mounted anywhere. LG’s self-lit OLED technology brings intense color and higher-contrast images across every one of its eight million pixels that can apparently support a billion colors. (But you’d have to be a mantis shrimp to tell them apart.) For gamers, HDMI 2.1 (with four HDMI ports!) and compatibility with Nvidia G-Sync and AMD FreeSync display tech means smooth, responsive gaming. There’s Amazon Alexa and Google Assistant are seamlessly built-in, and the LG Magic Remote includes Netflix, Disney+, and Amazon Prime integration. It’s a lot of television for the money. But you’ll only have four more days to snag this deal from Amazon, ’til Cyber Monday. And with free delivery — whether you’re a Prime member or not — you won’t have to wait in line.