Everything we know about the 2023 Hyundai Ioniq 6 EV 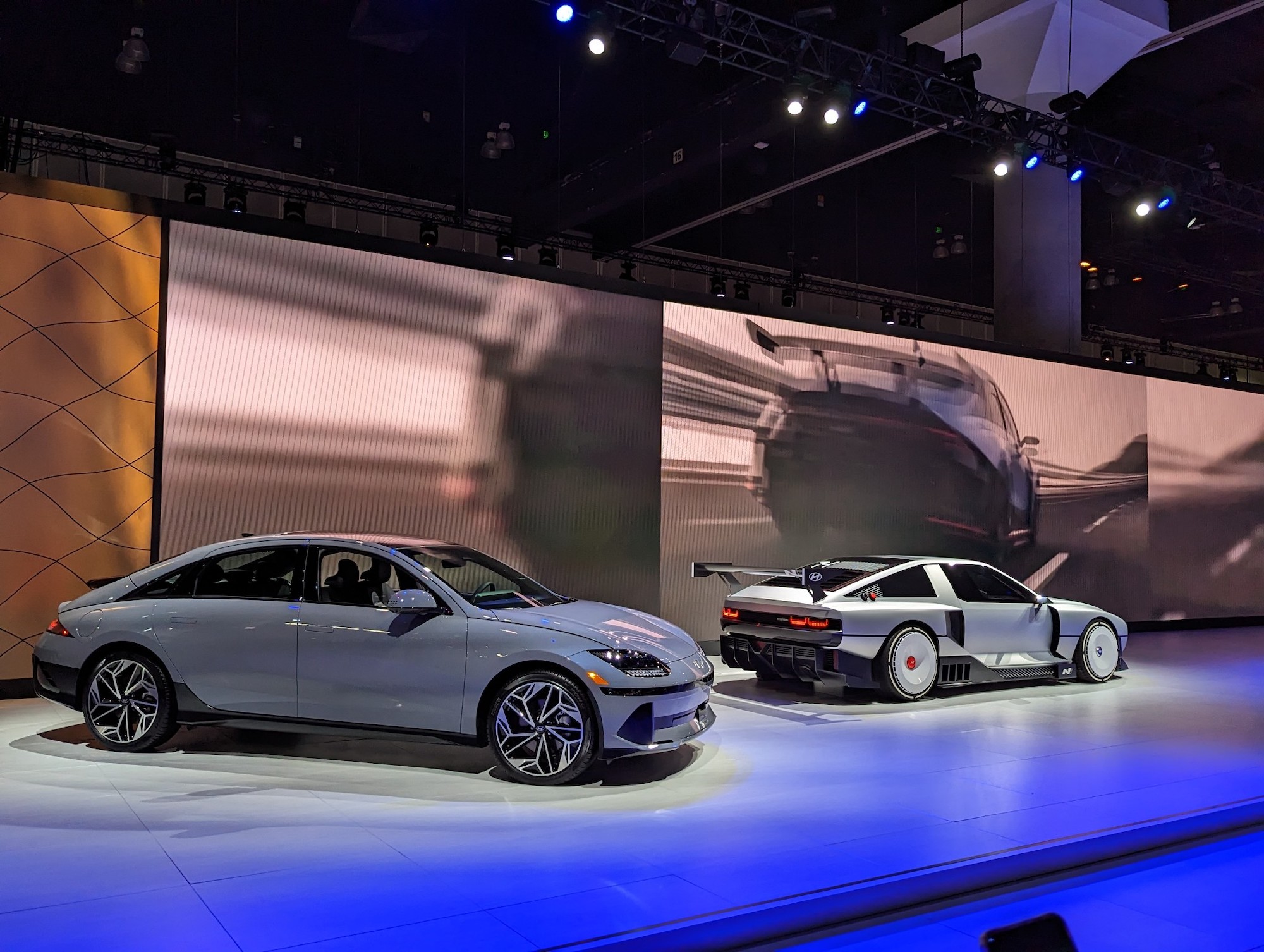 Hyundai has put considerable capital towards its target. The company recently announced a $10 billion dollar-plus investment into autonomous vehicles, EVs and robotics to help it meet its goals.

The Ioniq 6 sits on Hyundai’s E-GMP platform, which also underpins the Ioniq 5 and the battery-electric vehicles under the Hyundai brand, including the Kia EV6 and the Genesis GV60. Hyundai has been touting the Hyundai Ioniq 6 as a Tesla Model 3 rival. By 2030, the company says it plans to introduce 17 battery-electric models and sell more than 1.8 million EVs worldwide.

52999-2023IONIQ6 The Ionic 6 has a long and low roofline and slight boattail shape that gives it what Hyundai claims is an “ultra low drag coefficient.” Paired with a 77.4 kWh battery pack, the Ioniq 6 will come in front-wheel drive or optional all-wheel-drive and get a range of up to 340 miles. The all-wheel drive version will make 320 horsepower and 446 pound-feet of torque from a pair of dual motors located at the front and back of the car. Hyundai says that the Ioniq 6 can travel from zero to 60 miles per hour in under 5 seconds but customers will give up range for performance. The Ioniq 6 with all-wheel drive will get around 310 miles of range. The front-wheel drive version makes 225 horsepower and 258 lb-ft of torque and will get the touted 340 miles of range.

53014-2023IONIQ6 Both versions of the Ioniq 6 will get fast-charging capabilities and support both 400-volt and 800-volt infrastructure thanks to the EGM-P platform. That platform offers 800-volt charging as standard, but Hyundai says that it can accept 400-volt charging without an adapter by using an inverter and a motor to boost 400 volts to 800 volts. On a DC Fast charger (350-kW) Hyundai says that the Ioniq 6 can go from 10% to 80% charged in just 18 minutes. In five minutes, the Ioniq 6 can regain around 65 miles of range on a 350-kw DC Fast charger. For home charging, a Level 2 charger will give the Ioniq 6 a full charge in just over seven hours. Like other automakers, including Tesla, Hyundai has incorporated a battery conditioning software into the Ioniq 6. Conditioning can reduce charging time for quick charges on road trips. When a charging location is entered into the navigation system, the battery conditioning system will turn on so that the battery is prepped to take the max charge in the shortest period of time. The Ioniq 6 will also get a new navigation function that will generate routes with EV charging stations along the way when the battery is low. If a charging station is out of order or in use, the system will automatically look for other EV stations that are available and send the driver there. IONIQ 6 is the first Hyundai model to get OTA updates and V2L or vehicle-to-load functions (aka bi-directional charging). Hyundai says that the IONIQ 6 can charge electric devices like electric bikes, scooters, camping equipment, or a stranded EV. Like all Hyundais, the Ioniq 6 will come with a variety of the company’s Advanced Driver Assistance features, including forward collision warning and avoidance, pedestrian and cyclist avoidance assistance, lane departure warning, blind spot warning, and adaptive cruise control, amongst others. Hyundai has not yet announced pricing for the Ioniq 6 and says those details will be announced closer to the on-sale date in spring 2023. Everything we know about the 2023 Hyundai Ioniq 6 EV by Abigail Bassett originally published on TechCrunch