EU to probe $61B Broadcom-VMware deal over competition concerns 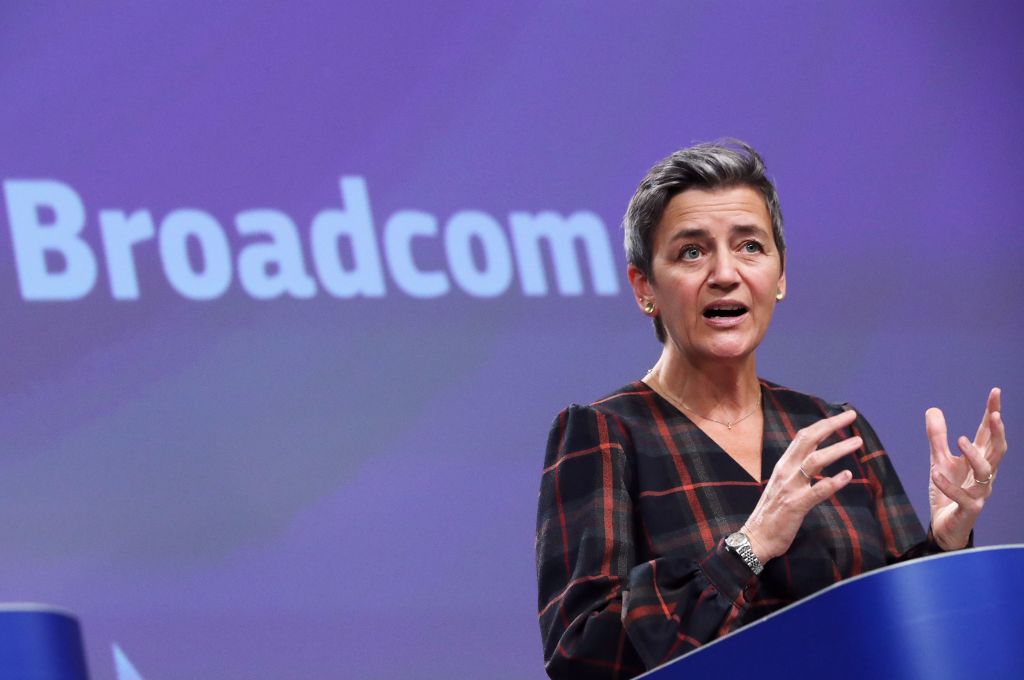 And sure enough this week, the EU announced that it was officially investigating the deal. In an official statement, EU’s executive VP in charge of competition policy, Margrethe Vestager worried that the deal would have an adverse impact on competition:

“Broadcom, a major supplier of hardware components, is acquiring VMware, a key server virtualization software provider. Our initial investigation has shown that it is essential for hardware components in servers to interoperate with VMware’s software. We are concerned that after the merger, Broadcom could prevent its hardware rivals to interoperate with VMware’s server virtualization software. This would lead to higher prices, lower quality and less innovation for customers and consumers,” Vestager said in an official statement kicking off the the deal.

It’s an interesting concern. Broadcom is a chip company, but it’s also spending a lot of money to get the company. It would seem that limiting the market for VMware’s services would not be in the company’s best interest, and leaving it independent would be the smartest way forward (similarly to the way IBM and Red Hat operate). Certainly this is something that Dell recognized when it bought the company as part of the $58 billion EMC acquisition (which was announced as $67 billion) in 2015. VMware operated as a separate company as part of EMC when it was acquired. And Dell continued that way of running, allowing VMware sell to a broad variety of customers instead of limiting it to its own hardware offerings because it understood that the company operated best as an independent and neutral vendor. Dell eventually spun out VMware as a separate company in 2021, a move that left it more vulnerable to acquisition overtures. In fact, at the time we speculated who might buy the company. Broadcom was not on our radar, although another chip company, Intel, was. We speculated that one of the cloud companies could buy it or an old school company like IBM or Oracle. But when the news came down, it was Broadcom, and for a hefty amount of money. The EU isn’t the only one looking at this deal. Just last month, The U.K.’s Competition and Markets Authority (CMA) announced that it was beginning an investigation into the deal too. The U.S. FTC is also reportedly probing the acquisition, per CRN. Deals of this size are facing increasing stringent review, and we have seen some large deals break down over this kind of investigation in recent years. Visa scuttled the deal to buy Plaid at the beginning of 2021 after the Justice Department took a close look at the transaction and the companies decided that a protracted legal battle wasn’t worth the effort. Nvidia walked away from a $40 billion deal to buy ARM earlier this year for similar reasons. If it looks like these watchdog organizations are going to have a closer look that could get expensive to fight, sometimes the easiest thing to do is call the whole thing off. We’ll see if that what happens with this deal, or if it’s just a bump in the road before the two companies come together next year. EU to probe $61B Broadcom-VMware deal over competition concerns by Ron Miller originally published on TechCrunch