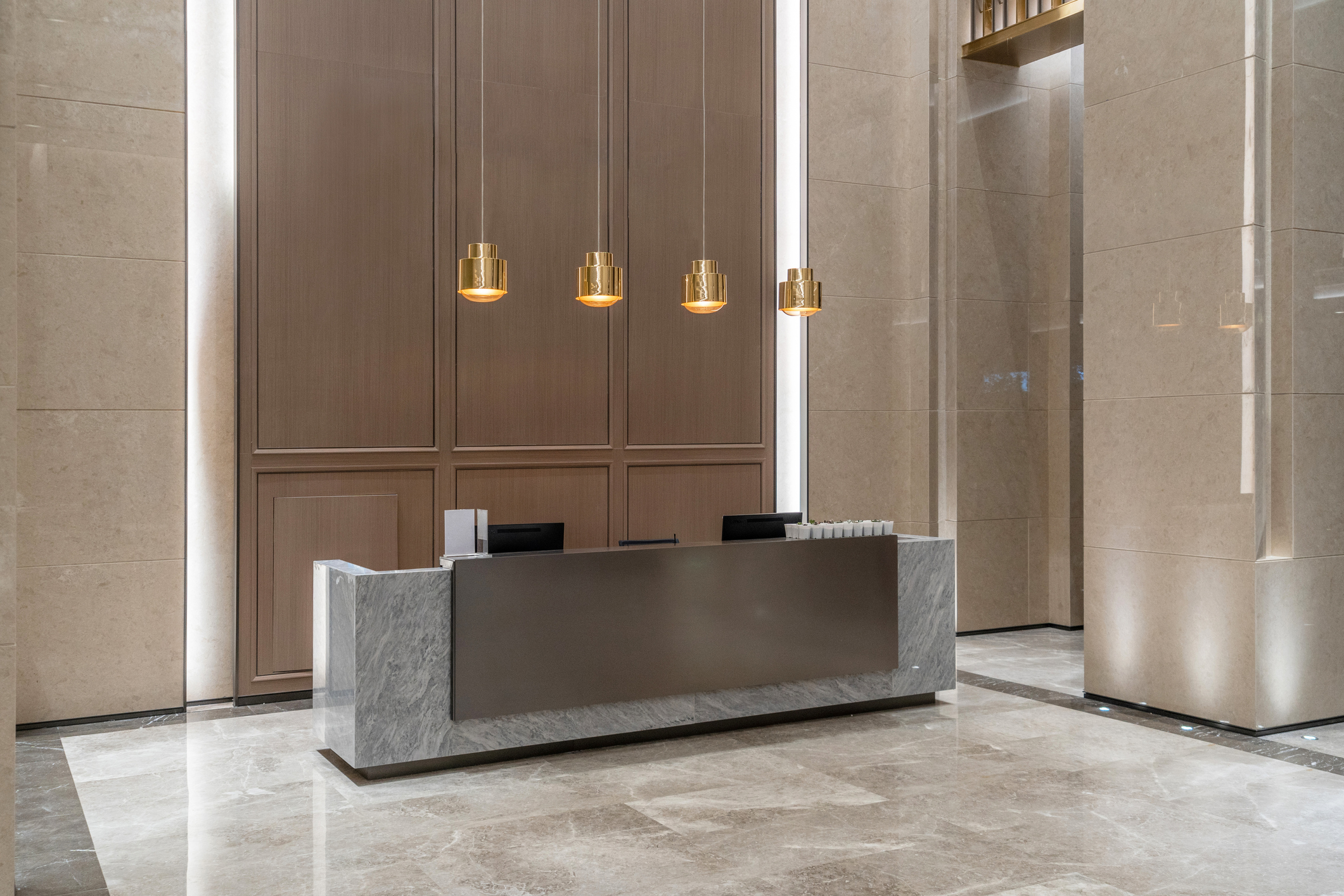 Today, the company announced the next step in the system, an interconnected building management system for all the tenants in a high-rise building. The ultimate goal is developing an entire building management platform, one where at some point, customers can build add-ons and customizations on top of the existing software. But company CEO Larry Gadea says that today’s announcement lays the foundation for this future vision for the company. “What we’re launching right now is the first step that’s mandatory before [we can let customers eventually build apps on top of the platform], which is that the building has all of the tenants using the same software and they’re all linked together. And then we’re proving it out with this visitor’s product that is now able to automatically synchronize all the tenants together and to the downstairs,” Gadea explained. Writing in a blog post announcing the changes, he described the new system this way: “We’re addressing most of the major pain points our customers have today with high-rises to make things much easier for everyone: visitors won’t need to sign in twice anymore, invitations made by employees for their office will propagate instantly to the building security lobby, changes to invitations will sync in real-time, turnstile and elevator access control will be automatically provisioned, and much more.” Prior to today’s announcement, Envoy concentrated on helping individual tenants within a building manage visitors, but with Envoy Connect the tenants, the building owners, and the security desk downstairs, can be in sync in an automated way without having to explicitly tell security a visitor is coming. All of this will be displayed for property managers in a centralized dashboard, making it easier to see and understand who is in the building across tenants at any given time. 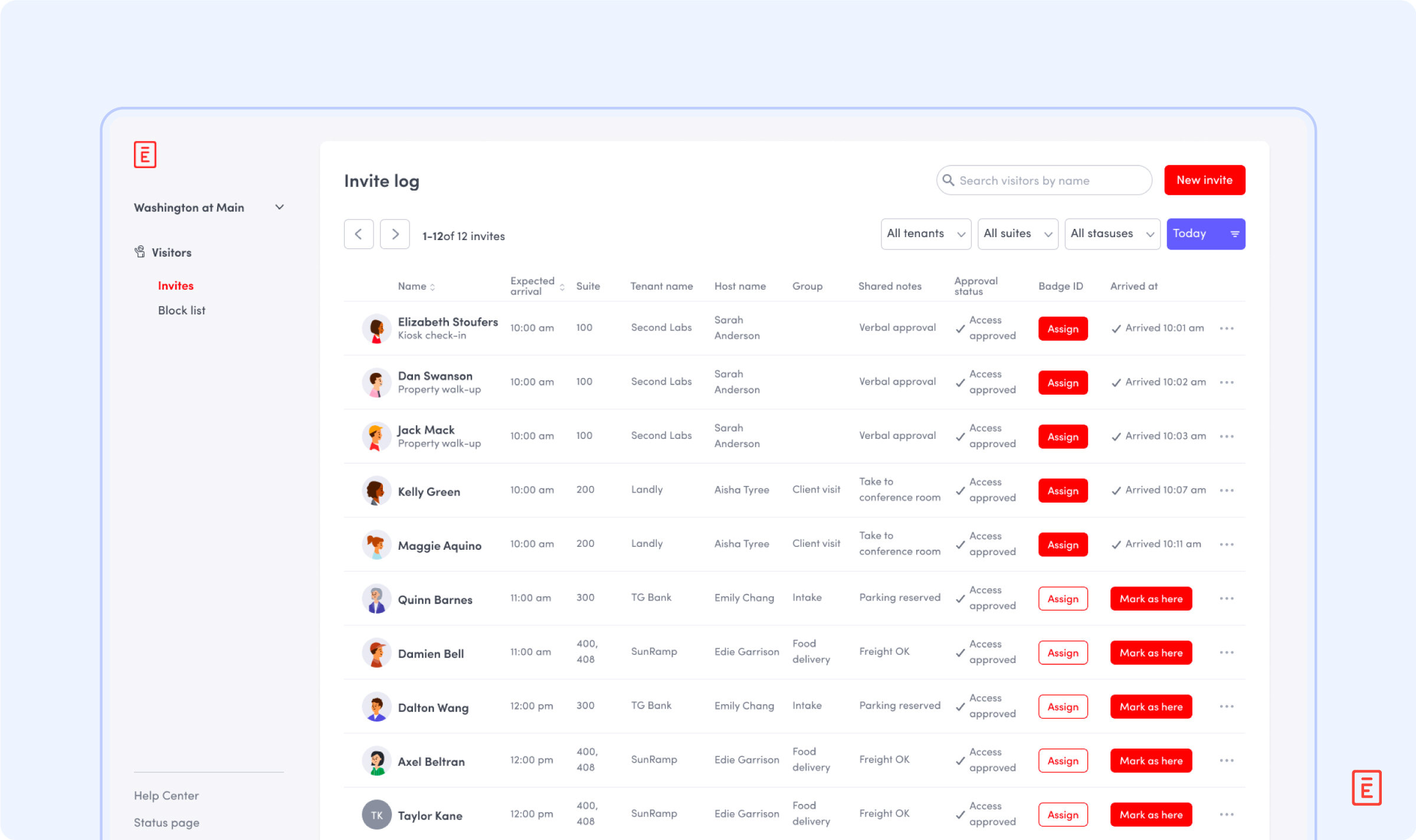 The company has spent the last couple of years adding pieces like Desks to manage desk assignments and Deliveries to manage building deliveries that in many ways were a reaction to the changing office environment. At the beginning of the pandemic offices shut down, then there was limited access and finally today even as we return to some semblance of normalcy, the hybrid office remains a reality, and understanding who’s in the building becomes even more important. The broad vision is that Envoy won’t have to continually build these components themselves, but will provide a software development kit or API access that lets customers build the pieces they need themselves, but Gadea says that could be a year or two away. In addition, the company wants to make it easier to eventually create more fluid office environments that building tenants and owners can manage through the platform to take advantage of the changing nature of work. That could involve reserving desks, conference rooms and even ordering food and coffee, even when they don’t necessarily having a permanent space in the building. Earlier this year, the company announced a massive $111 million strategic investment from Brookfield Growth, the investment arm of Brookfield Properties. The investment valued the company at $1.4 billion. Matt Murphy from Menlo Ventures, which led the company’s $43 million Series B in 2018, says today’s announcement is a big reason for the money being directed at Envoy. “Connect ​​is Envoy’s multi-tenancy product that was one of the primary drivers behind Brookfield leading the $111M Series C. Eventually it will lead to a marketplace for desks/rooms/parking, etc and Connect is the big first step to that,” Murphy told TechCrunch. Envoy Connect brings automated visitor management to high-rise buildings by Ron Miller originally published on TechCrunch