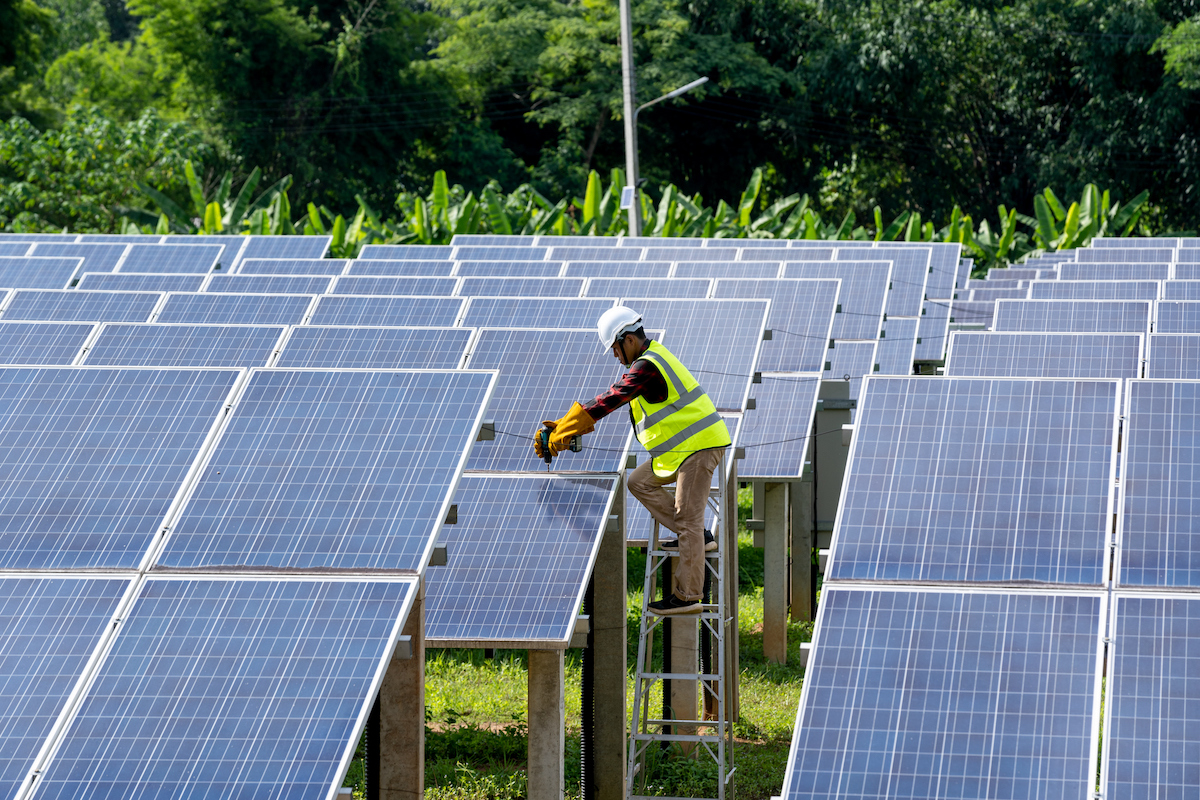 Enact currently claims thousands of users in more than 20 countries, and says it processes $1.5 billion in projects annually. Today, the startup announced it has raised a $11.5 million Series A from Energy Growth Momentum, NB Ventures, ARKA Venture Labs, Olympus Capital and Alumni Venture Funds, along with angel investors. Before starting Enact, co-founders Deep Chakraborty and Manasij Kar spent years leading solar businesses for top global solar companies, including Centrosolar and QCells India, in the United States and Asia. In 2014, they quit their jobs to start Enact. Chakraborty told TechCrunch that Enact was launched to help end-customers have a better experience for solar and energy storage, purchase and ownership. In turn, solar businesses get productivity tools and data analytics that Enact’s founders say can reduce soft costs and help them scale their sales and operations quickly. Enact’s platform is open to all solar installers in the United States, plus 20 other countries. They range in size from SMBs that have about five to 10 people focused on residential projects, to large global corporations in multiple countries that use Enact for commercial and industrial projects. Most of Enact’s U.S. installers are focused on residential end-customers. In international markets, however, it’s a mix, Chakraborty told TechCrunch. Several of Enact’s Asia installers are large, listed companies that focus entirely on commercial/industrial clients, while in markets like the United Arab Emirates or South Africa, installers use Enact for both residential and commerce end-clients. Enact can help installers close deals more quickly with a couple of features. The Enact Installer app uses energy modeling techniques to analyze the feasibility of possible solar and storage project feasibility. It also integrates with satellite imaging to help build visual models of rooftops and ground solars in 3D mode. Installers are able to take this information and produce proposals with detailed pricing. Chakraborty said the process can take as little as 5 minutes. Another feature, called the Enact Platform, enables Digital Proposals that track end-consumer interactions in real-time. For example, it prompts prospective customers to upload their energy bills or share usage data which helps their installer come back with better savings projections. Once a solar system is installed, Enact continues to help with features like its consumer app, which monitors for changes in generation and connectivity and helps customers save money by translating electricity generation in dollars saved, and potential savings by month, year or lifetime. As they continue using their solar systems, customers can compare actual savings to the estimates, giving the process more transparency. Chakraborty says that the solar and storage software platform space is still relatively new, with less than 10 U.S. software companies that have raised capital and scaled up. Enact’s Installer app competes with Aurora Solar, which focuses on solar only. It also had an early competitor called Geli that also focused on energy storage, but was acquired in August 2020 by Hanhwa QCells, a large OEM. Other former competitors that have also been acquired include Solargraf, by Enphase, and Sighten, by NextEra. Enact differentiates by offering a two-sided platform that enables by B2B and B2B2C revenue, scalable architecture with strong data-layer for predictive analytics, and the most complete end-to-end workflow far the entire project lifecycle, which helps it appeal to enterprise grade users, Chakraborty said. Enact Systems connects solar installers and customers for more efficient energy use by Catherine Shu originally published on TechCrunch