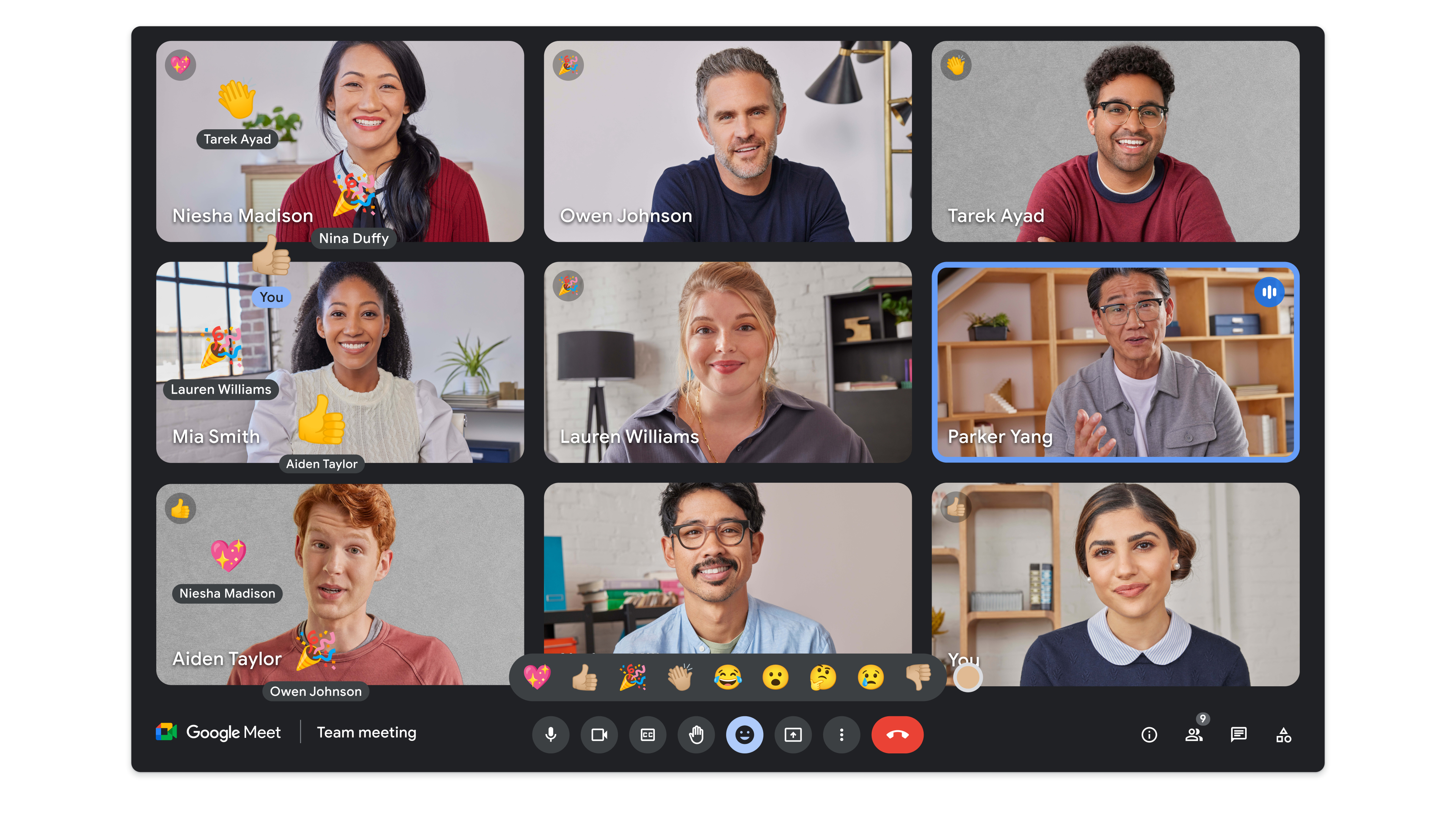 A long, long time ago (Feb. 2021, to be exact), Google said it’s adding emoji reacts to Google Meet. Well, it’s finally happening (though not everywhere and not right away). In a blog post published Wednesday, Google said the feature is going live on the Web and on iOS; on Android, it’s “coming soon.” More precisely, full rollout started on Jan. 11 for users with personal Google accounts; it’ll start either on Jan 16. or Jan. 23, depending on whether your Google Workspace is on a Rapid Release or Scheduled Release feature update track. When it goes live for you, you’ll see a new menu item in the bottom menu bar with an emoji icon. Once you choose and click on an emoji, it’ll show up in your video tile, floating up on the left side of the screen. If more than one user sends an emoji, they’ll show as a burst of emoji on the left side of the viewer’s screen. images-1.fill_.size_2000x1125.v1673522332 Seemingly a minor feature, this is actually quite useful. I can’t recall the number of times when I just wanted to give my approval in a Google Meet call without interrupting the speaker with my voice or a text message. On Wednesday, Google also changed the way users start a group conversation in Google Chat. The “Start group conversation” option is going away; instead, you can simply create a conversation with more than one recipients by clicking on “New chat,” typing their names, and selecting them as participants.