Elon Musk is turning your Tesla into a Steam gaming rig 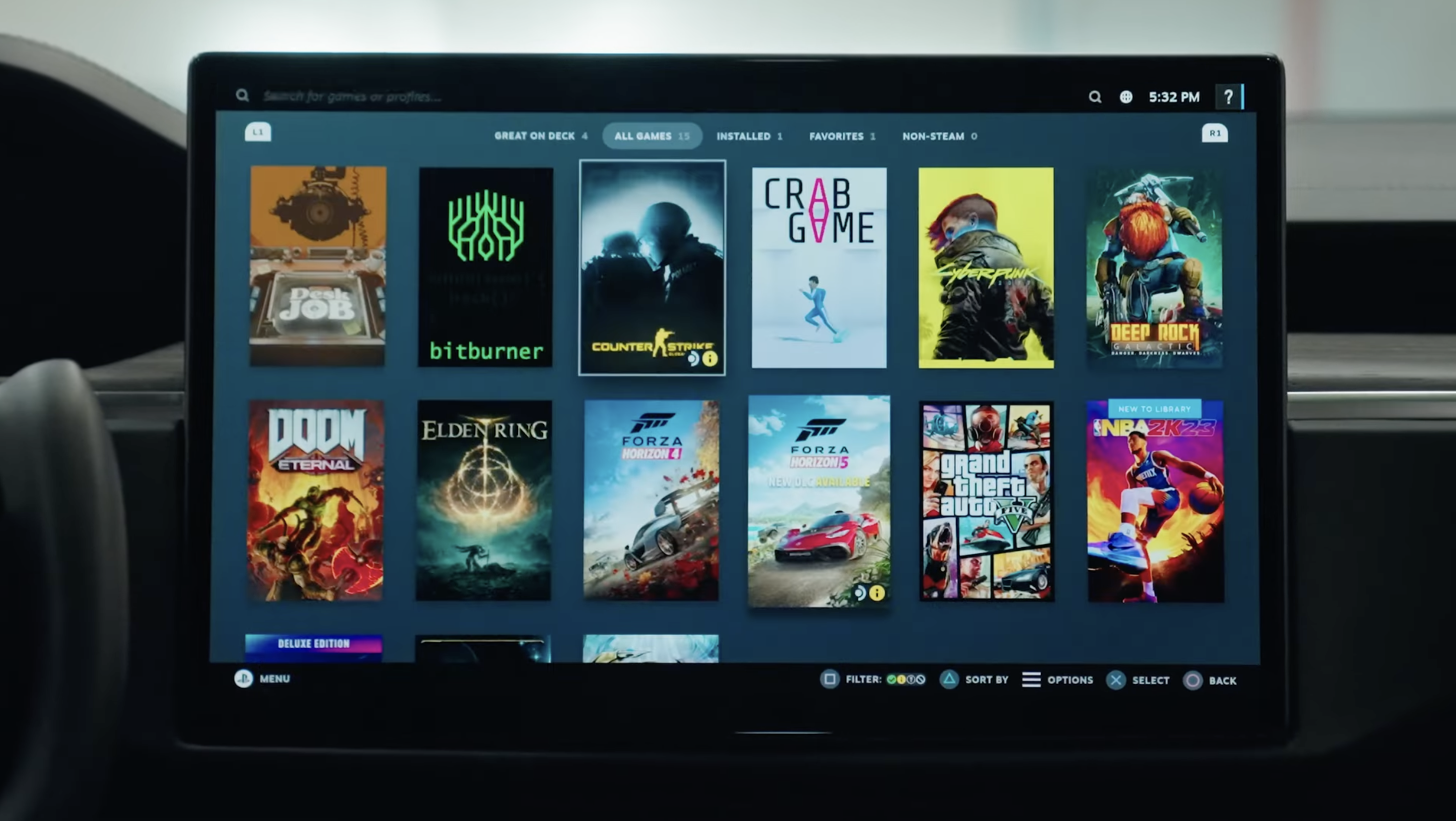 Why spend $1,000 on a gaming PC when you can spend $100,000 on a Tesla instead?Elon Musk’s electric car company released a holiday software update on Tuesday and with it came the ability for recent Model S and Model X vehicles (specifically, from the last two years) to play Steam games. Yes, you read that right: Steam, the world’s foremost PC gaming storefront, is now available in car form, per Electrek.

It’s just a beta for now and there isn’t a specific list of which games are currently available to play, but Electrek says the library is in the thousands. Tesla first announced this feature over the summer and, for once, the company actually made good on a promise. The trailer Tesla released for the Steam beta showcases heavy-hitters like Cyberpunk 2077, so there’s at least one major game you can be sure is supported by your Tesla. Steam in Tesla works with both the front and back touchscreens in the vehicles, and supports wireless controller connections. It should be noted that, as of last December, you can’t play video games while a Tesla is actually being driven anymore. The National Highway Traffic Safety Administration threatened to investigate whether or not this was a distraction to drivers and Tesla just shut the feature off rather than deal with that.The holiday update also added Apple Music, so at least that’s something you can use while driving. I guess it’s cool if a Tesla is capable of playing high-end PC games, but that would make it the most expensive gaming console of all time since it can’t even be used as a car while playing. Everyone views value differently, I guess.