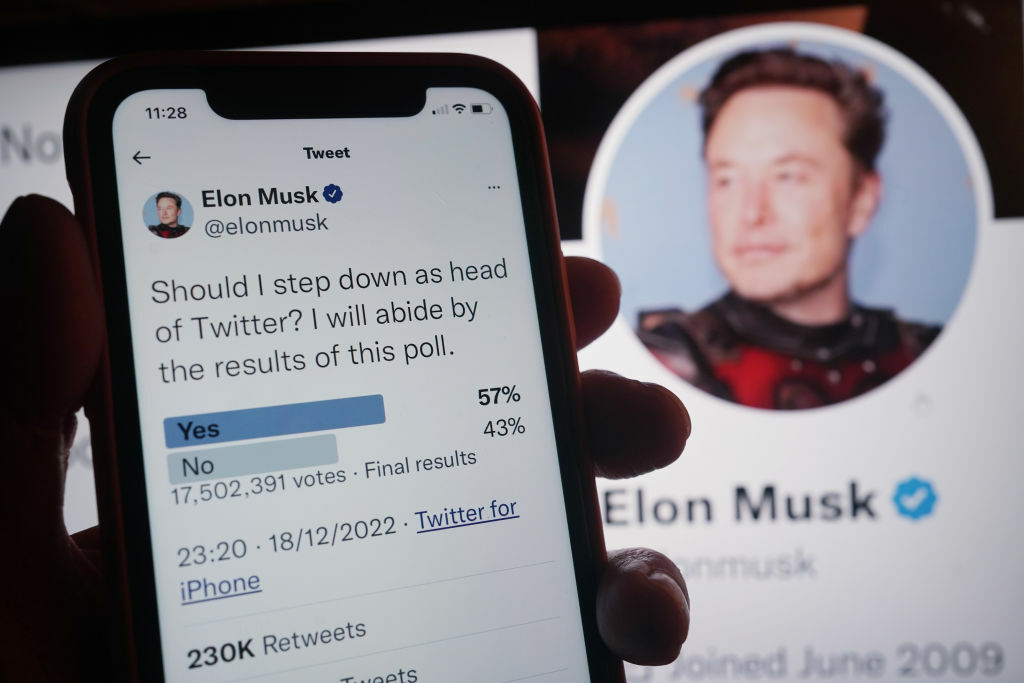 Elon Musk has again said he will resign from his position as Twitter’s CEO, reiterating an intention he already voiced over a month ago. The main difference is that now he can pretend the decision is due to the results of a Twitter poll.”I will resign as CEO as soon as I find someone foolish enough to take the job!” Musk tweeted on Tuesday. “After that, I will just run the software & servers teams.”The tweet was a reply to a Twitter poll Musk ran earlier this week, in which he asked whether he should step down as the company’s CEO. Over 17.5 million votes were cast, with a 57.5 percent majority deciding in the affirmative. Tweet may have been deleted (opens in a new tab) Musk has also repeatedly tweeted this week about the difficulty of both the job itself and of finding the right person for it.Musk may be acting as though he’s obeying the people’s choice by bowing out, but in actuality this was always his plan. The billionaire made clear his intention to resign back in November, when he told a Delaware court he aimed to reduce his time at Twitter and eventually install a new CEO. He subsequently confirmed this via Twitter, writing, “I will continue to run Twitter until it is in a strong place, which will take some time.”Musk had taken the stand to defend his 2018 compensation package at Tesla, which amounted to over $50 billion, by emphasising that his role at Twitter was only temporary.There’s still no indication of exactly when Musk might abdicate, though apparently he’ll keep his claws stuck in Twitter to push out ill-conceived updates and mess with the servers. Now it’s just a matter of waiting to see which poor soul will inherit Musk’s mess, and inevitably become the scapegoat for all the problems he’s created.