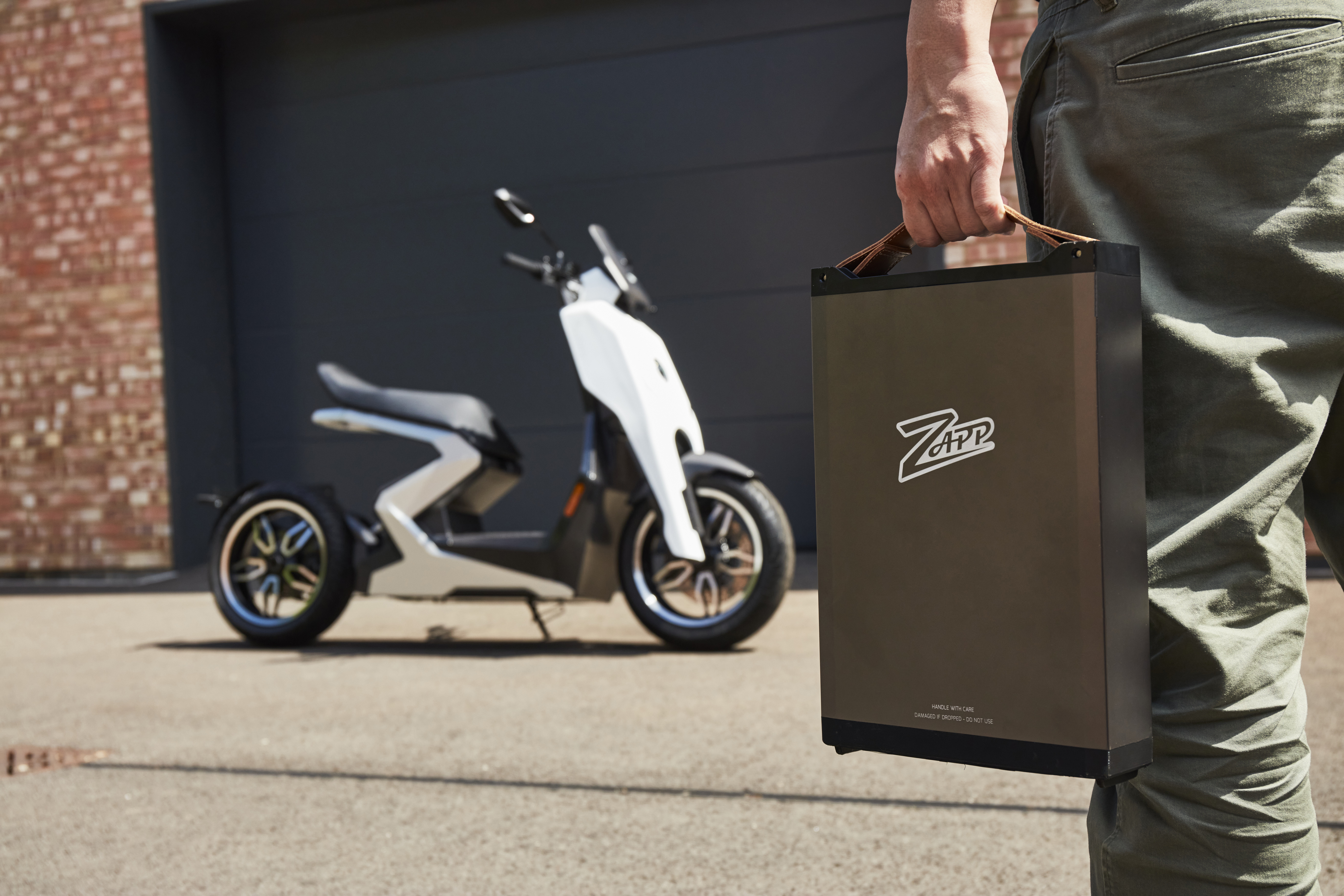 Zapp says it will use the proceeds from the merger to bring its long-awaited i300 high performance, seated city scooter to market. The i300 was initially revealed back in 2018, with promises of deliveries beginning in the end of 2019. Then Zapp, like many other companies, ran up against a global pandemic that halted production and deliveries, giving the company time to reevaluate is approach to production. Zapp partnered up with a third party manufacturing firm and says it now has the capacity to build up to 10,000 scooters next year and finally launch in European markets in 2023. “We’re at a strategic inflection point and a great time to go public,” Swin Chatsuwan, CEO and founder of Zapp, told TechCrunch. “Becoming a public company will provide Zapp with a number of potential benefits, including broader access to capital to help fund our growth and the global awareness and brand recognition that comes with being listed on a major U.S. exchange.” The deal with special purpose acquisition company (SPAC) CIIG Capital Partners II is estimated to bring the combined company $274 million in new cash to support its growth, assuming no redemptions by CIIG II public stockholders, as well as $5 million in existing cash. The trouble is, assuming no redemptions isn’t really a part of the SPAC market these days. In 2022, redemption rates rose to around 81%. CIIG II has about $294 million cash in trust, so if, in the worst case scenario, around 80% of investors decide to redeem their warrants, Zapp will be looking at just around $60 million in net proceeds from the deal, and even less once factoring in transaction and sponsor fees. There is also no public investment in private equity (PIPE) in this deal, which would be guaranteed capital at the time of transaction close. “We cannot predict the market, of course, but we were intentional about a few things the market should like about our transaction. First, we have no minimum cash condition to close,” said Chatsuwan. “And due to our low capital requirements, we are aiming to achieve near-term positive free cash flow.” To produce its vehicles quickly, cheaply and at scale, Zapp has partnered with Summit Group, a global automotive manufacturing firm that’s worked with major auto customers like Ford, Honda, Toyota and Volvo. Zapp said Summit has the capacity to produce 300,000 units per year, and can also lend expertise in tooling and logistics. Zapp isn’t the first company CIIG II has merged with. Last year, CIIG combined with commercial electric vehicle company Arrival. Since going public, Arrival has struggled to meet production deadlines, slashed its workforce to bring down costs, and recently delayed revenue until 2024. Arrival also received a delisting warning from the Nasdaq for trading too low. The company is trading at $0.35, which is down 95% since the start of the year. Gavin Cuneo, co-CEO of CIIG II, told TechCrunch Zapp would be different because “the business is entering a large and growing market that is transitioning rapidly to electric power.” The same could be said about Arrival, but we’ll let him finish his point. “Swin and the team have developed an innovative product with a design and architecture that addresses the ‘urban motorcycle’ category. The strategic partnerships that Zapp has put in place in manufacturing and financing reduce capital requirements and uniquely position the company to achieve near-term positive free cash flow.” That and CIIG II has to close a merger by May 2023 or else risk needing to give money back to investors.

Zapp’s merger with CIIG is expected to close in the first half of 2023, at which time the company will be able to ramp up production. The i300 is built with a British-designed electric motor, which Zapp says puts it on par with the acceleration of high-performance motorcycles, but with the comfort of a step-through architecture. The i300 can go from 0 to 30 miles per hour in just 2.3 seconds and has a top speed of 60 miles per hour in 5 seconds, according to Zapp. The lightweight alloy and composite bodywork mean the bike weighs around 240 pounds without the battery packs, which weigh about 13 pounds and are removable to be charged inside. Zapp says its packs can be charged from 20% to 80% with the company’s own fast charger in under 40 minutes, and via any standard home wall socket in 80 minutes. The 1.44 kWh capacity batteries give the scooter about 37 miles of range. Zapp has four versions of the i300 available to reserve for a down payment of €100 today — the Ocean, the Bio, the Carbon and the Carbon Launch Edition. The Ocean’s bodywork (€6,900) is made from ocean recycled plastics technology. The Bio (€7,900) claims to use sustainable tech to create a vegan composite bodywork. The Carbon (€8,900) is made with a carbon composite bodywork, and the Carbon Launch Edition (€9,490) is the same but it also comes with a red fender, a commemorative plaque, a Union Jack decal and diamond cut wheels. Zapp wants its customers to be able to purchase vehicles through multiple points of sale, including authorized resell partners, online resellers and directly from the website. Zapp is calling its DSDTC (drop-ship-direct-to-consumer) approach a way to eliminate the need for dealerships, which will give the company more control over user experience. “Once a customer places an order, their selected model will be processed and conveniently delivered directly to their home by ‘Zappers,’ who are independent service agents who perform deliveries in dedicated and purpose-designed plug-in hybrid service vans,” said Chatsuwan. “These Zapper vans will also operate our after-sales care program.” Electric motorbike maker Zapp Electric Vehicles to go public via SPAC by Rebecca Bellan originally published on TechCrunch