Edtech’s brightest are struggling to pass 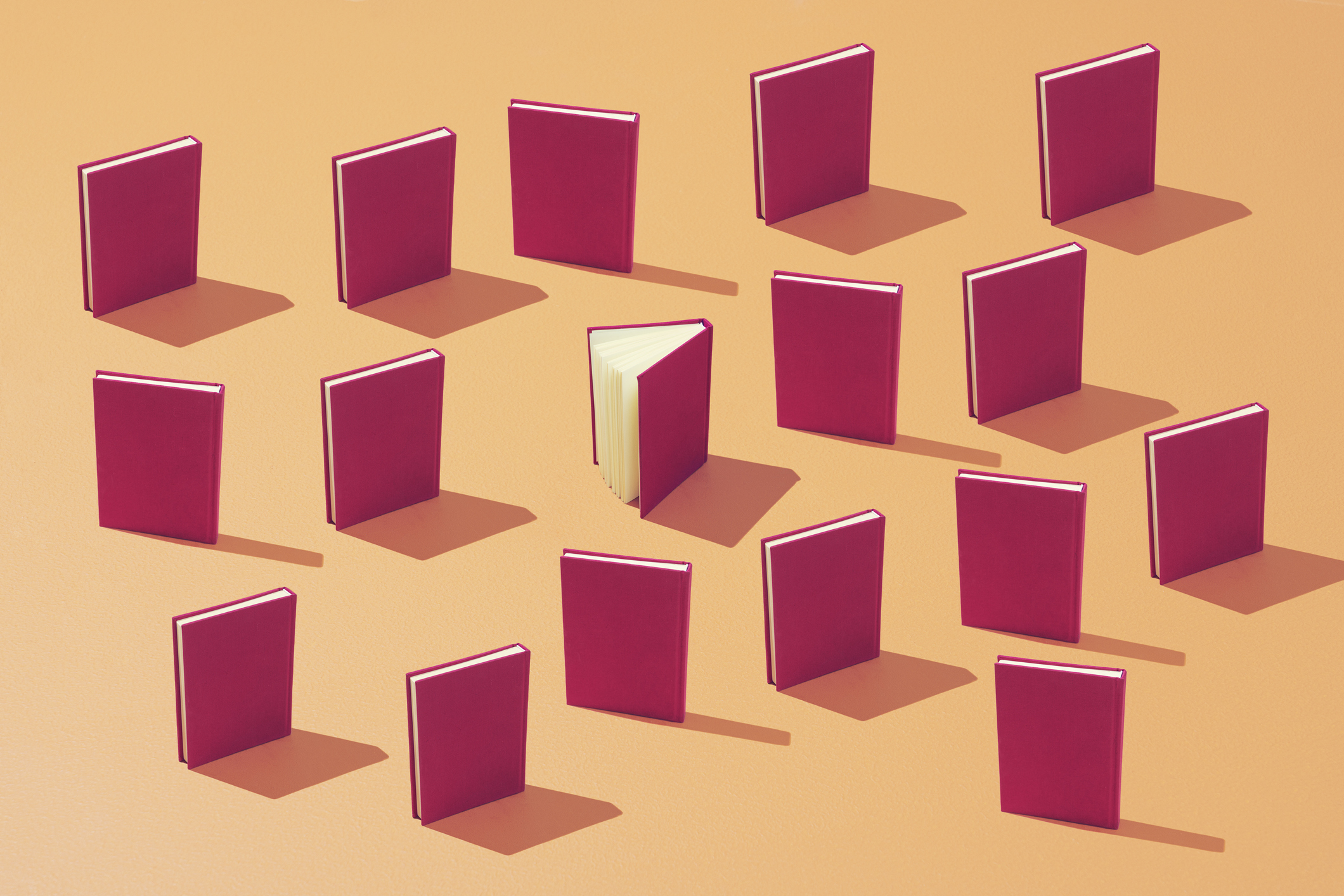 Outschool laid off a quarter of staff, or 43 people, earlier this week, according to an e-mail obtained by TechCrunch. The edtech company, last valued at $3 billion, confirmed the layoffs over email, citing a focus on core capabilities as “growth has come back down to earth.” The e-mail sent to staff was even more direct. “The truth is the layoffs in our sector are widespread for a reason,” Amir Nathoo, the co-founder of edtech unicorn Outschool, wrote in an email sent to staff. “The funding atmosphere has been dramatically impacted by the anticipation of a recession, higher interest rates and an increased need to show [return on investment] to investors.” To employees, Nathoo’s tone is reminiscent of a conversation he had just months earlier, in July, when the entrepreneur had to run Outschool through its first round of layoffs, which impacted 18% of staff. The entrepreneur’s comments underscore how some of edtech’s boldest and well capitalized companies are struggling. For example, Outschool’s double round of layoffs comes after it raised a Series B, C and D in 12 months and grew its valuation from $1 billion to $3 billion in an even shorter period. As part of this week’s layoff, Outschool co-founder and head of product Nick Grandy is also leaving the company. “I understood that our growth would slow down once learners were able to be back in school full time; however I didn’t anticipate that our growth would slow as dramatically as it has,” Nathoo wrote in the e-mail. “This is on me and I want to sincerely apologize.” In the last quarter of 2022, edtech layoffs have hit venture-backed businesses including but not limited to BloomTech, Vedantu, Teachmint, Reforge, Coursera, Unacademy, Byju’s, Udacity and Brainly. Executive shifts include Quizlet CEO stepping down, Degreed’s CEO stepping aside for the founder’s return, and Invact Metaversity’s co-founder leaving after irreconcilable differences with his co-founder. Class, an edtech company that neared unicorn status only 10 months after launching its Zoom School alternative, also conducted layoffs this year. The company raised a total of $146 million in known venture funding to date, including a SoftBank Vision Fund II check. CEO and founder Michael Chasen did not respond to a request for comment Coding bootcamp BloomTech, formerly known as Lambda School, cut half of staff last week, in its third known round of layoffs since the pandemic began. Unlike Outschool and Class, BloomTech wasn’t on a rapid fundraising spree throughout the pandemic. Instead, the reasoning for layoffs seems to be a bit more ambiguous — with CEO Austen Allred only explaining the decision by saying that “we had to cut costs to become profitable.” We now know that the startups that most enjoyed a pandemic-era boom are now the same startups facing difficult questions about how to navigate a not-so-looming downturn. But edtech is a sector that rose to an entirely different stratosphere in 2020 and 2021, as the demand for remote learning skyrocketed. As demand grew, so did investor appetite. The same venture capital rounds that allowed companies to expand their idea of what a total addressable market could look like, are the same tranches that may have forced an overspending and overhiring spree that now requires a correction. Unlike a sector like crypto, which experienced a similar bull run and is now handling a winter of its own, edtech’s explosion touched on uniquely human and non-techie needs. In Outschool’s case, it’s now pivoting to focus more on the tutoring end of its platform to combat the learning loss coming out of COVID-19. It’s safe to say that the sector is shifting from a disruptive mood to maintenance mode. But let’s pause our edtech digging and move on to other happenings from this week in tech. You can find me on Twitter, Substack and Instagram, where I publish more of my words and work. In the rest of this newsletter, we’ll talk about Airtable, Plaid and all your darn AI avatars.

We’ll stop talking about layoffs after this section, but there were two cuts this week that truly surprised me: Plaid laid off 20% of staff and, well, so did Airtable. This comes after a long string of layoffs in the fintech space, not limited to but including Chime, Stripe and Opendoor. Here’s why this is important: Both of these startups were hiring and touted as a place for laid-off talent to apply as recently as two weeks ago. All to say, there is so much whiplash out there for job seekers, especially those laid off, around where they can “trust” for their next gig. I do wonder why these late-stage companies waited so long to conduct layoffs, or if they truly thought they’d be able to ride through this downturn with high expenses. What changed to make them finally pull the plug? Note that Airtable’s layoff seems to be especially sweeping — seeing that its chief product officer, chief people officer and chief revenue officer are also parting ways with the company as it pivots to focus more on the enterprise side of its business. Were you laid off? I am writing a story about where tech talent goes from here, and I’d love to chat (off the record is totally fine!). DM me on Twitter or Signal me at (925) 271 0912. African fintech unicorn Chipper Cash lays off about 12.5% of staff FTX marked down Chipper Cash’s $2B valuation to $1.25B vc-cut-off-2

All your AI avatars

My new flex is that I don’t have an AI avatar, and I’m only a little insecure about it! Jokes aside, if you have been on tech Twitter at all during the last few weeks, you’ve probably seen some pretty sleek, imaginative algorithmically generated portraits of your friends (and nemeses). The company behind these magic avatars is Lensa AI, which has unsurprisingly been climbing up the app store. It’s damn cool. Yes, I’m tempted. But, not to rain all over your new Twitter pictures, there are already questions about how it’s being used and its impact on artists. Here’s why this is important via my colleague, Taylor Hatmaker:

While the tech world has celebrated the advancements of AI image and text generators this year — and artists have watched the proceedings warily — your average Instagram user probably hasn’t struck up a philosophical conversation with ChatGPT or fed DALL-E absurdist prompts. That also means that most people haven’t grappled with the ethical implications of free, readily available AI tools like Stable Diffusion and how they’re poised to change entire industries — if we let them.

We’re officially at the time of year, and part of the news cycle, when I’m desperately searching for good news to highlight. Without further ado, here’s what made me smile this week: This Equity Crew attempt at recapping 2022 was a hot mess in all the right ways. Wait, guys. The Big Brunch was so good. You need to watch, if not for the heartwarming chef stories, for the satisfaction of watching everyone in the room constantly defer to Sohla El-Waylly. TC’s Dominic-Madori Davis, aka one of my favorites, tells us that women are rising through the ranks at VC firms. One of my favorite restaurants on campus is reopening after the pandemic made it close. All Too Well: The Short Film (Behind the scenes) Babies being cute! GettyImages-497005546

Thanks to those of you who came with us to TC Sessions: Space. If you missed the flight, recaps to come! Speaking of events, we want to meet your startup at CES this year! The team is already gathering the startups they want to cover — so fill out this form so we can get some early eyes on your innovation. General shout out to my colleague, Mary Ann Azevedo, for bringing her full heart and energy to work everyday. VCs: Fill out this survey to tell us your spiciest 2023 predictions. No pitches, please. Big thank you to Equity listeners today and everyday. Seen on TechCrunch Amazon will give your overworked delivery driver $5 if you ask Alexa to say thank you Instant grocery app Getir acquires its competitor Gorillas Theranos exec Sunny Balwani sentenced to 13 years in prison for defrauding patients and investors Slack’s new CEO, Lidiane Jones, brings two decades of product experience to the job Seen on TechCrunch+ As Butterfield exits stage left, it’s fair to wonder what’s happening at Salesforce The era of constant innovation at Amazon could be over Getaround braves chilly public markets with SPAC combination How to respond when a VC asks about your startup’s valuation Worry not: Down rounds are still rare by historical standards If you made it this far, congratulations and thank you. I’d tell you to forward to a friend, tell me what you think on Twitter or follow my personal blog for more emotional content — but also, I’m just glad you’re around and still care this close to the holidays. Take care and stay warm, N Edtech’s brightest are struggling to pass by Natasha Mascarenhas originally published on TechCrunch