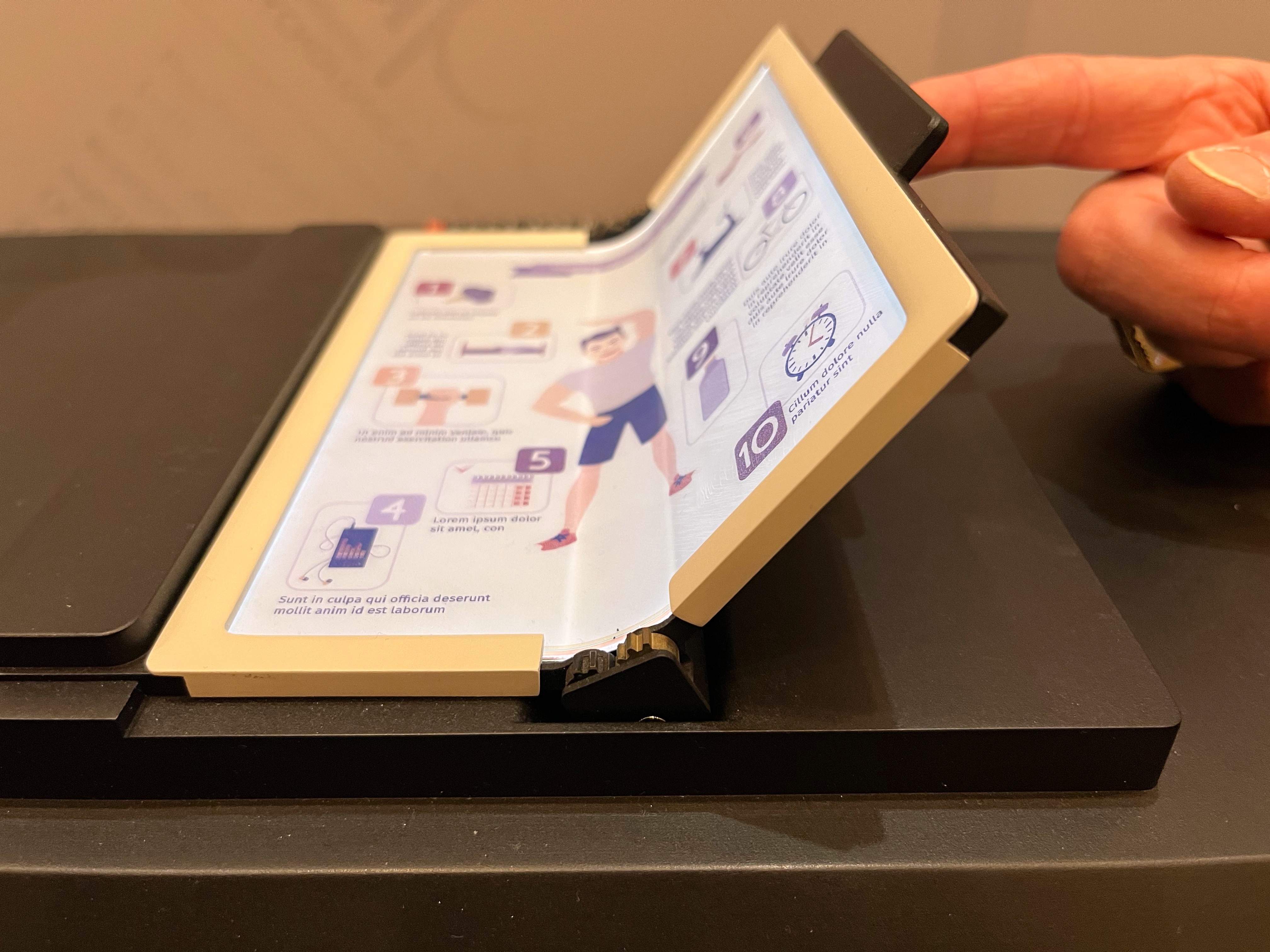 You’ve heard it all before: A lifetime of staring at screens has worn out my eyes, leading me down a rabbit hole of lifehacky solutions to ease the fatigue. Some of the tricks I picked up over the years have helped — especially the one where I simply take breaks and go for walks — but one thing hasn’t changed: I still spend more time than I’d like gazing at glossy displays. I don’t want anything less for videos or gaming, but for reading I typically ignore the latest tech and instead turn to a 2016 Kindle Oasis or old-fashioned books. My hands can obviously tell the difference between the two, but when I’m lost in a story, I don’t think my eyes can. With paper and e-paper alike, a sense of ease washes over me as I read. Is it how the light bounces off the page? Or, is it because I know ads and notifications won’t bombard me at every turn? I’m not sure, and I don’t really care why; I just prefer it, and E Ink reminded me of that when I stepped into its little conference room last week in Las Vegas. E Ink posted up at the Venetian for CES 2023, and inside its makeshift showroom, the MIT spinoff crammed its latest tech, including pieces of its wacky BMW wrap and its latest Gallery 3 color displays. The latter tech is now trickling into the market, starting with devices like the PocketBook Viva. And let me tell you, these displays look outright vivid next to the washed-out hues in E Ink’s Kaleido color displays, which debuted just two years ago. Gallery 3’s CMYK displays can spit out 50,000 colors at 300 DPI — way, way up from Kaleido’s 4,000 colors, the company said. Missing Attachment “We aren’t ever going to be the best movie-showing screen,” U.S. business lead Timothy O’Malley stated the obvious in an interview with TechCrunch. But E Ink’s goals are still stretching well into iPad territory. Eventually, E Ink aims to build a magazine reading experience that’s good enough to win over even the most demanding publishers, O’Malley told TechCrunch. “Fashion magazines in particular really have strict standards on color [and] that’s a great goal for us,” the 22-year company veteran said. “I do believe we will get there and the tech fundamentally supports it.” O’Malley added, “We’ll work on the material response and the controls, and we will get the saturation up to that.” Reaching that bar could win over comics fans and picturebook readers, too. For now, E Ink’s Gallery color tech is at its best when it’s used in signage, where the company can sacrifice refresh speed for clarity. But in handheld readers, where you don’t want to wait ages for the next page to display, the colors are still looking muted next to a retina screen. As I swiped on a Gallery 3 prototype, large images lagged and flashed clumsily. But when the same prototype displayed small color illustrations alongside black-on-white text, the tech actually seemed ready for the masses. Missing Attachment E Ink’s in-house Gallery 3 stats illustrate the current tradeoff. The company said in December that its black-and-white update time is now at 350 milliseconds, while its color speeds range from 500 ms (which E Ink calls “fast color mode”) to 1500 ms (for “best color”). E Ink lets manufacturers decide how they’ll balance speed and clarity, so your proverbial mileage may vary. Brands like PocketBook, Bigme and BOOX already seem to be embracing Gallery 3, yet there’s still no word if Amazon is willing to throw its considerable weight behind color ereaders. Amazon could help legitimize the tech, but crucially, the retail giant recently bailed on magazine and newspaper subscriptions for its black-and-white Kindles, amid broad cost cuts. When I asked O’Malley what the holdup might be for a full-color Kindle, the executive speedily deflected. “It’s a two step dance — we have our part, and each customer has their own part,” he said. A Kindle rep quickly declined to comment when I asked a similar question over email, but hey, a girl can dream. Apple reportedly testing E Ink outer display for upcoming foldable ces-2023-banner-79E Ink’s latest color displays have me dreaming of electronic paper magazines by Harri Weber originally published on TechCrunch