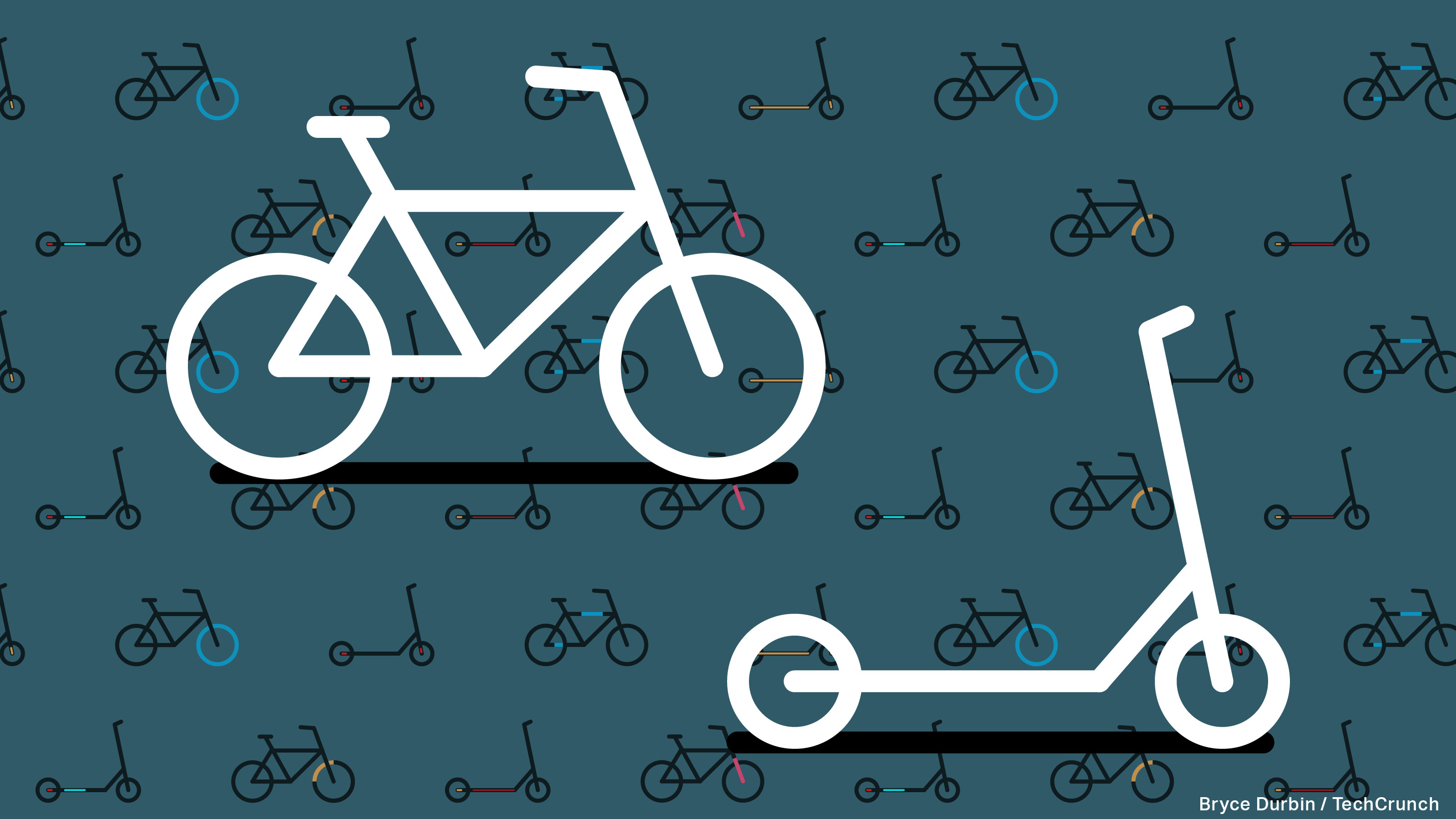 We also saw further consolidation happen in the shared micromobility industry, e-bikes and e-mopeds start to make a dent in delivery and logistics networks and a few promising policy initiatives that might just get people out of cars and onto smaller form factors. With 2022 in our rearview mirror, we can now look to how technology, policy and public sentiment will drive 2023’s micromobility trends.

E-bike maker Sonders filed for an IPO in October 2022. If and when the company goes public, it’ll be the first e-bike company in the U.S. to do so. Might other electric bike manufacturers follow suit in 2023 and beyond? “The public markets are less about the biggest and baddest tech and more about something that’s perhaps simpler and proven to turn a profit,” James Gross, co-founder of Micromobility Industries, told TechCrunch. “Companies that are going public right now are companies that can show cash flow.” Sonders’ S-1 showed a company that was operating at a net loss, but has the potential to become profitable. And unlike many of the electric vehicle companies that went public through special purpose acquisition mergers over the last couple of years, Sonders is already building and delivering vehicles. Gross further speculated that Rad Power Bikes might be next to the public markets. In November, founder Mike Radenbaugh stepped down from his position as CEO and into a chairman role, putting the former president of Sony Electronics and Dyson America into his old seat. Gross said that was a “very strong proof point towards most likely a public market offering.” More bike companies in the public markets could help push the narrative around e-bikes outselling electric cars in America. “Part of being public is the professionalization of the category, and the reporting to show there’s more of these things shipping, maybe we should pay attention to them,” said Gross.

2022 was a year and a half for the shared micromobility space, and it started with at least one major acquisition. Coming off the back of its acquisitions of Wind Mobility’s Italian subsidiary and bikeshare startup Nextbike, Germany-based Tier Mobility bought out Spin from Ford Motor in March. With each buy, Tier’s market reach over the shared micromobility landscape increased. Another notable buy in 2022 was Helbiz’s purchase of Wheels in October. Beyond M&As, consolidation has come about for those that win by default, or those that have stuck around. Bolt Mobility ceded some ground this year after it up and disappeared, and Bird has had to tighten its belt so significantly as to remove itself from several dozen U.S. markets, as well as Sweden, Germany and Norway. At the same time, we’ve seen from Bird and Helbiz, the two public micromobilty companies, that this is a tough market to turn a profit in. And Tier, despite making a strong push into the U.S. via Spin, has actually decided to pull out of several American markets because they weren’t profitable. So who will survive? The pool is getting smaller, but we think there’s still room for cuts. Only a few operators will remain by the end of 2023, and those will be very deeply entrenched with their markets.

One of the main reasons shared micromobility companies are dropping off is because it’s kind of an unsustainable business model. There are certainly ways to bring down CapEx and increase ridership, but nothing will help turn revenue into profit if the relationship most operators have with cities still verges on hostile. Shared companies started out thinking that riders were customers, when really their customers are governments. Many companies have already come to this realization, but they’re still in the ass-kissing phase of the relationship. Operators have fallen over themselves trying to appease cities and win permits in a competitive land grab, and as a result have found themselves often in either over-regulated or under-regulated markets and operating at a loss. 2023 might be the year these companies set some ground rules for cities and their ridiculous RFPs so they can actually stand a chance at profitability. “Most scooter tenders are trials or one or two-year tenders,” said Gross. “Most of the time, when you sell to government, you sell five- to 10-year-long projects. The idea that we would start on these short projects and see how they go has not worked well. It leads to a very hard structure for you to invest.” “Imagine you’re a year into a tender, and now they want six new pieces of technology on a product,” Gross continued. “Have you forecasted that? Have you budgeted for that? It’s incredibly hard to actually build a business that way.” In the past, governments knew these companies were chasing a growth model backed by VC funding, so they could ask for whatever they wanted. But now, as operators are actively leaving unprofitable markets, they’ll have to push back at governments and refuse to fill out RFPs that will lead to more of the same.

We already know people are buying e-bikes, and it’s estimated that by the end of 2023, sales will have increased by 46% in North America compared to 2021. Scooters — a cheaper electric mobility option that can be folded up and taken up stairs and on subways — will see a boost in sales next year. According to a Future Market Insights study, the folding e-scooter market is predicted to grow from $626.8 million in 2022 to $806.3 million in 2032. That uptick is in part thanks to the shared companies for bringing scooters into the mainstream. Now if you ride an e-scooter around, you don’t look like that much of a dork. As we see more scooters come to market for private ownership, we’ll also start to see better, premium scooters. Taur, for example, builds a front-facing scooter that is fun and stable to ride (I know from experience) that’s in the $1,500 price range. Carson Brown, Taur’s co-founder, has told TechCrunch that while pricey at first, Taur’s scooters pay for themselves within a few months and provide the comfort and safety people need to rely on scooters for everyday use.

More subsidies at the grassroots level

In April 2022, Denver’s Office of Climate Action, Sustainability & Resiliency funded an e-bike rebate program through a $9 million contract approved by the city council. The program was meant to finance e-bike incentives through 2024, but in less than six months, Denverites claimed all the available subsidies. The program is coming back in 2023 due to its wild success. While President Joe Biden’s Inflation Reduction Act included incentives for buying electric cars, e-bikes and other small form factors were left out of the bill’s language. That doesn’t mean there’s no future for e-bike subsidies in the U.S. The Denver program can and will be a model for other cities and states looking to advance sustainability goals and get residents out of cars, and we expect to see more similar incentive programs being introduced at a grassroots level. Aside from Denver, Rhode Island already has a statewide e-bike subsidy program and states like California and Connecticut are working on theirs, too.

2022 saw an uptick in shared micromobility operators implementing scooter ARAS — systems that help detect and prevent sidewalk riding and parking. That same sort of tech is slowly making its way to privately owned e-bikes as the industry looks to convert would-be riders. “There is a major convergence happening in which bike tech is quickly catching up to automobile tech. There are more connected bikes hitting the market everyday,” Will White, co-founder of Mapbox, an online map provider, told TechCrunch. “Bikes are already starting to ship with integrated ADAS features like radar for rear-vehicle detection, but this is just the beginning. Soon, we will start to see more technology to provide safety and comfort for riders, including AI-equipped cameras for hazard detection, and smarter turn-by-turn navigation that guides riders on the most comfortable route out of harm’s way.” White said safety and security are the top concerns for prospective e-bike buyers. Aside from alerts to danger on the road, features like navigation to avoid dangerous roads and asset tracking to deter thieves and enable recovery of stolen bikes will help to spur greater adoption. E-bike subsidies, consolidation and IPOs: Our 2023 micromobility predictions by Rebecca Bellan originally published on TechCrunch