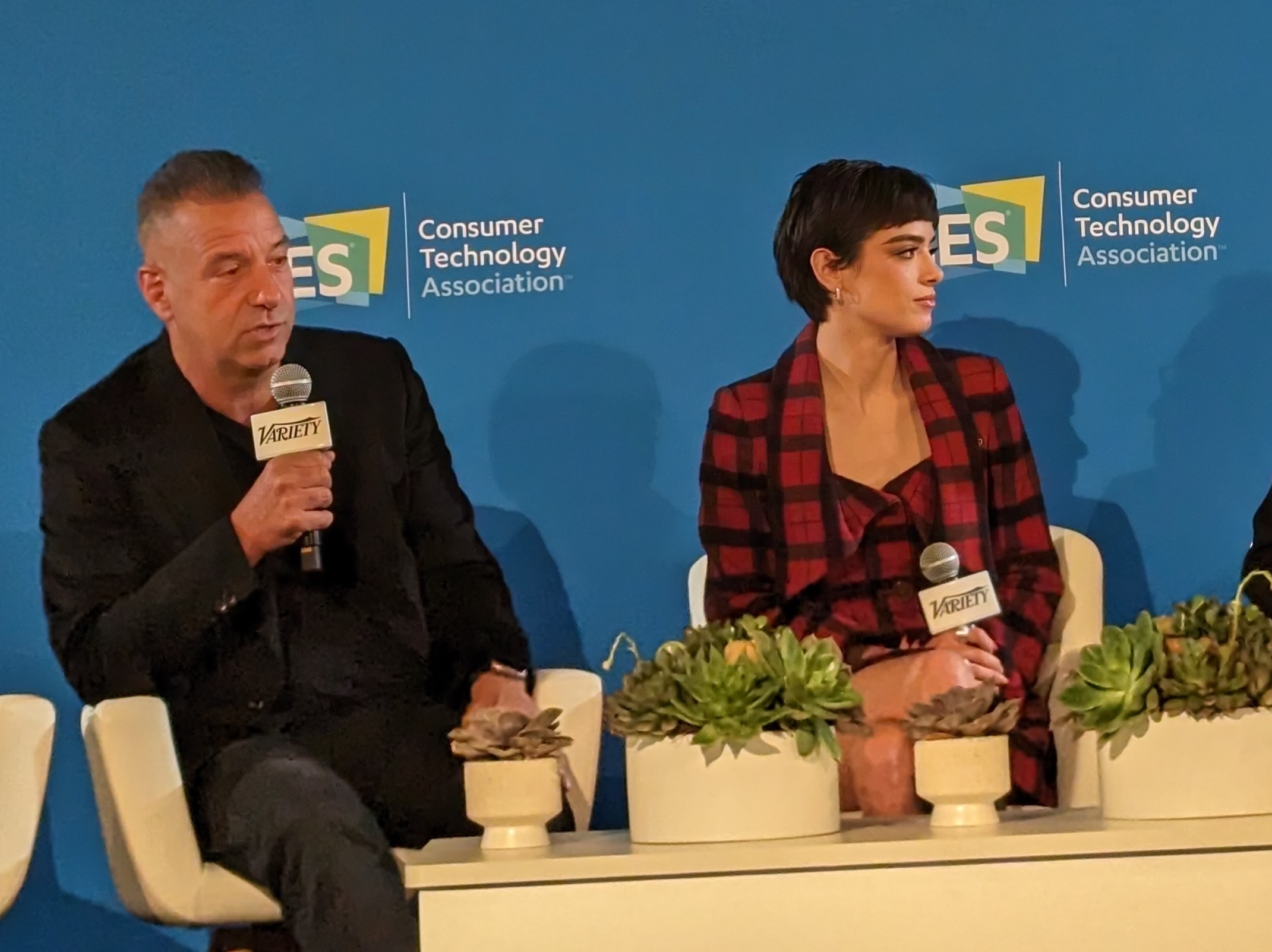 The panel, which took place at the Variety Entertainment Summit on Friday, revealed how heavily Marc was involved in the management of the D’Amelio family empire, as he handled answering most of the interviewer’s questions about the upcoming branded products and other D’Amelio family ventures. At one point, Dixie even complimented her father’s business-savvy, explaining that “Charli and I always went to my dad for advice on deals and even long-term friendships,” and how “trusting him has been the best thing for both of our careers.” The D’Amelio Brands initiative was launched with $6 million in seed funding and includes Autograph co-chairman and Whip Media co-founder and CEO Richard Rosenblatt as an investor and co-founder. Other investors include Apple SVP Eddy Cue, Lions Gate CEO Jon Feltheimer, Fanatics CEO Michael Rubin, and Clothia CEO Elena Silenok. United Talent Agency, which reps the D’Amelios, is also a backer. The company will have its first board meeting at the end of January, Marc noted. At CES, Marc explained how merchandise was “low-hanging fruit,” and, when the new products launch, all the family’s intellectual property will be owned by them. “We didn’t try to reinvent the wheel,” he said. “We saw other creators and other people come out and own their brands 100%. So we started this company called D’Amelio Brands where the main focus is finding ideas, concepts, and products that we’re passionate about and basically incubating them — and start to create things that we own with our investors 100%.” “We started a footwear company the under the D’Amelio last name, which will be launching in May 2023,” he added. (Earlier reports had said the debut D’Amelio brands had been set to launch by the end of 2022.) Dixie added that the family was already “pretty far along” in the design process with regard to the new brand initiative, adding that the family attends “almost every meeting” together. The interview only briefly touched on what to expect from the business itself. Marc noted the new footwear brand will include a head designer who was previously a top designer at Jessica Simpson footwear (Lauren DiCicco), who was also from the family’s hometown back in Connecticut. Plus, Marc referenced his own history in the fashion industry, having been an independent rep in years past, he said. He also had a showroom in New York as well as his own clothing brand before his daughters’ fame took things in another direction. Despite the plan to try to spin up a D’Amelio brand empire, Marc confirmed the family would continue to do brand sponsorship deals for third parties working with their agents at UTA. To date, the D’Amelio sisters have worked with brands like Dunkin’ and Sabra hummus, and have a clothing line with Hollister. However, Marc explained that the idea with D’Amelio Brands was to set the family up for a future where they could find financial success outside of the content creation business. “…Doing content creation for brands and endorsement deals, you start to get into a hamster wheel,” he said. “They’re not movie stars. They’re not doing a movie and then taking time off. It’s ‘what’s the next deal, what’s the deal, what’s the next deal?’ I think what we’re trying to do is — I’m trying to create businesses that will work; that the girls can start incubating, plant the seed. And then I would love to have it where it can survive without any of us.” For the time being, however, the D’Amelio family is staying busy, and the D’Amelio Brands initiative is only one of several projects the family is involved with. Dixie, for example, is working on her music and just landed a song in the current season of “Gossip Girl.” The family is also starting on Season 3 of their reality show on Hulu, in a deal also brokered by UTA. Dixie admitted they’ve had a “lot of back and forth feelings” about doing the series but ultimately believes that its ability to raise awareness about mental health issues, as related to social media fame, was worth the effort. “We do enjoy doing it because we film the videos, and then we put our phones down. My family and I all talk a lot about mental health and how important that was. To be able to share that journey on the show has been amazing,” said Dixie. “And that’s probably something I love the most — being able to talk to people about — not just, ‘oh, doing TikTok hurts my mental health’ but…being able to realize other people relate to that has made me feel good,” she said. D’Amelio family’s new footwear line to launch May 2023 by Sarah Perez originally published on TechCrunch