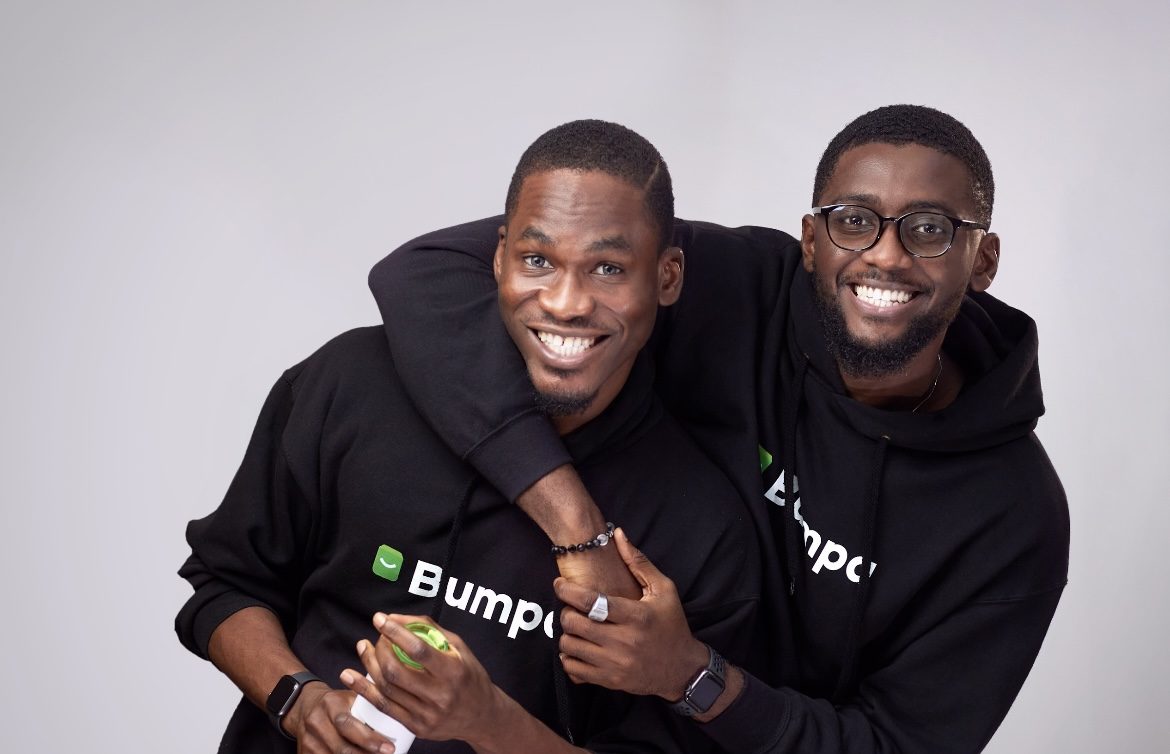 What’s uuuuup, you wonderful humans. We’re psyched to be reporting live from TechCrunch Disrupt — without ignoring the rest of the world, natch. It’s been a super fun day, and we’re here to share some delightful morsels of news and shenanigans with you! — Christine and Haje

Go digital: Manual business processes were the norm, so it’s understandable that stepping away from what you know can be difficult. Enter Bumpa, a Nigerian retail automation platform that wants to do the heavy lifting for companies eyeing more digital operations. Helping it along is $4 million in new capital from Base10 Partners, Tage reports. Holiday, celebrate: The latest Airbnb ads show you can get just about any kind of house — epic pools, sleep on the side of a mountain, you name it — so it’s no surprise that vacation rental startups are popular. Case in point, Holidu grabbed $98 million in new funding to keep growing its vacation rentals business in Europe, Natasha L writes. Delivery system: Tage is back with another top story today, this time on MaxAB’s $40 million raise. The Egyptian e-commerce platform helps facilitate the grocery store relationship with suppliers. They have made 150,000 of those connections since 2018.

Nourish Ingredients, a food tech company that creates animal-free fats using synthetic biology, secured $28.6 million in Series A funding, Christine reports. The round was led by Horizons Ventures and supported by Main Sequence Ventures and Hostplus. The multidecade rise in healthcare costs isn’t expected to reverse course any time soon. In search of a fix, Alaffia Health was founded in 2020. It’s one of the startups participating in the TechCrunch Disrupt Battlefield 200, and it uses machine learning to try to identify fraud, waste and abuse in healthcare claims, Kyle reports. And here’s more from our Greatest Hits album from the past 24 hours: Dat is wel genoeg zo*: Natasha L reports that Deliveroo confirms Dutch exit next month. (*That’s Dutch for “that’s enough.”) Not that NSA: Nigerian president Muhammadu Buhari signs the Nigeria Startup Bill into law, reports Tage. Caring for humans, at scale: Cityblock Health CEO Toyin Ajayi was on the Disrupt stage, and Catherine reports how she thinks about how to scale human-centered care models. Raise(arm): Meet E-liza Dolls, the startup that’s building dolls to help young girls learn to code, Aisha reports. From Calm to calmer: Calm launches clinical mental health offering called Calm Health, Kyle reports.

It’s day two of Disrupt and that means the second day of the Battlefield competition. Twenty companies pitched in all, and here’s who took the stage today: Ally Robotics: The company has developed a combination hardware and software solution designed to make it easier to deploy these automated solutions for those without coding/robotics experience. Nat4bio: Makes food-grade coating to protect fruit from microscopic threat. Minerva Lithium: Uses absorbent material to change the way we extract lithium. Reverion: Has developed a way to get more electricity out of biogas and existing fuel-cell technology. Incooling: Is building servers that use liquid to cool down. Intropic Materials: Intropic helps single-use plastics decompose from the inside out. BetterData: BetterData taps the blockchain to help create better synthetic data. Labby: Wants to make milk healthier and cows happier with better sensors. Advanced Ionics: Is striving to drive down the price of green hydrogen by slashing how much electricity is needed for electrolysis by as much as 50%. Kayhan Space: Kayhan Space is making orbit safer with timely, automatic collision warnings for satellites. Tune in to TechCrunch.com tomorrow to watch the finalists pitch one more time before a panel of judges to find out who will take home this year’s Disrupt Cup and $100,000.

Mary Ann covered Serena Ventures’ panel this morning and wrote about how Serena Williams brings her killer instinct to the world of investing. Kevin Hart kicked us off today with his HartBeat Ventures partner, Robert Roman, to talk about taking the firm’s first outside investment from JPMorgan. Aisha has more. Rivian’s RJ Scaringe says the future of his electric vehicle company involves humans rather than machines, Rebecca reports. Some from yesterday: Activision Blizzard’s Johanna Faries was in the hot seat discussing the company’s emerging “anti-tox” strategy, as reported by Taylor. Kyle wrote about Reddit, whose chief product officer, Pali Bhat, told the crowd that over 3 million of its users have tapped into its Vault blockchain wallet to create over 3 million crypto wallets to date. Meanwhile, you don’t want to miss Ron’s article on Chief’s co-founders, who discussed the members-only club and why they hate the term “girl boss.”

The Great Migration and the next 10-year cycle in cloud

GettyImages-103000219-1 Now that the public cloud market has undergone a correction after years of growth, will seasoned workers look for greener pastures at smaller companies? According to Andy Stinnes, general partner at Cloud Apps Capital Partners, we’re entering a decade-long cycle that will spark a Great Migration of talent. “The answer is clear once you think about it,” he says. “Companies are extending cash runways, and cloud leaders are feeling that pain as they lay off parts of their teams and face even more work and pressure.” A few more for you: Corporate cash continues cutting checks: CVCs maintain stake in one-quarter of deals despite overall venture pullback, by Becca. Bendy batteries boldly begin: Bendy batteries could power new categories, and Anthro Energy thinks it’s cracked the code, by Tim. Starting startups, stealthily: Dear Sophie: How can I launch a startup while on OPT? by Sophie Alcorn. TechCrunch+ is our membership program that helps founders and startup teams get ahead of the pack. You can sign up here. Use code “DC” for a 15% discount on an annual subscription!

Similar to our story from yesterday, Kyle brings us another one about how Adobe continues to unveil new features powered by artificial intelligence, including the ability to paste objects into photos and add realistic lighting and shadows. He mentions that he’s “no Photoshop wizard” but that Adobe told him “that compositing can be a heavily manual, tedious and time-consuming process,” and the new prototype will do away with that. And five more for you: Driving into acquisition: Mullen Automotive acquires ELMS for $240 million in a deal that helps out the bankrupt company, but also enables Mullen to build up to 50,000 electric vehicles each year, Jaclyn reports. Taking on TikTok: Pinterest is having a go at TikTok, of all social media platforms, by partnering with record labels so that users can add popular music to their “Idea Pins.” Sarah has more. Move over drivers, robots coming through: In a sign that the Alphabet subsidiary is ready for prime-time, Waymo tells us it plans to launch a robotaxi service in Los Angeles once it clears some regulatory hurdles, Kirsten writes. Home is where the insurance is: Amazon is entering the home insurance marketplace game in the United Kingdom by launching an insurance comparison site, Ivan reports. Klarna, Klarna, Klarna, Klarna, Klarna Kameleon: It’s been a while since we were able to use that, and it still does not disappoint. The buy now, pay later platform now has a new creator app for retailers and influencers to collaborate on features and shoppable video, Lauren writes. Daily Crunch: World’s largest Black-led VC fund leads $4M seed round for Nigerian retail automation startup by Christine Hall originally published on TechCrunch