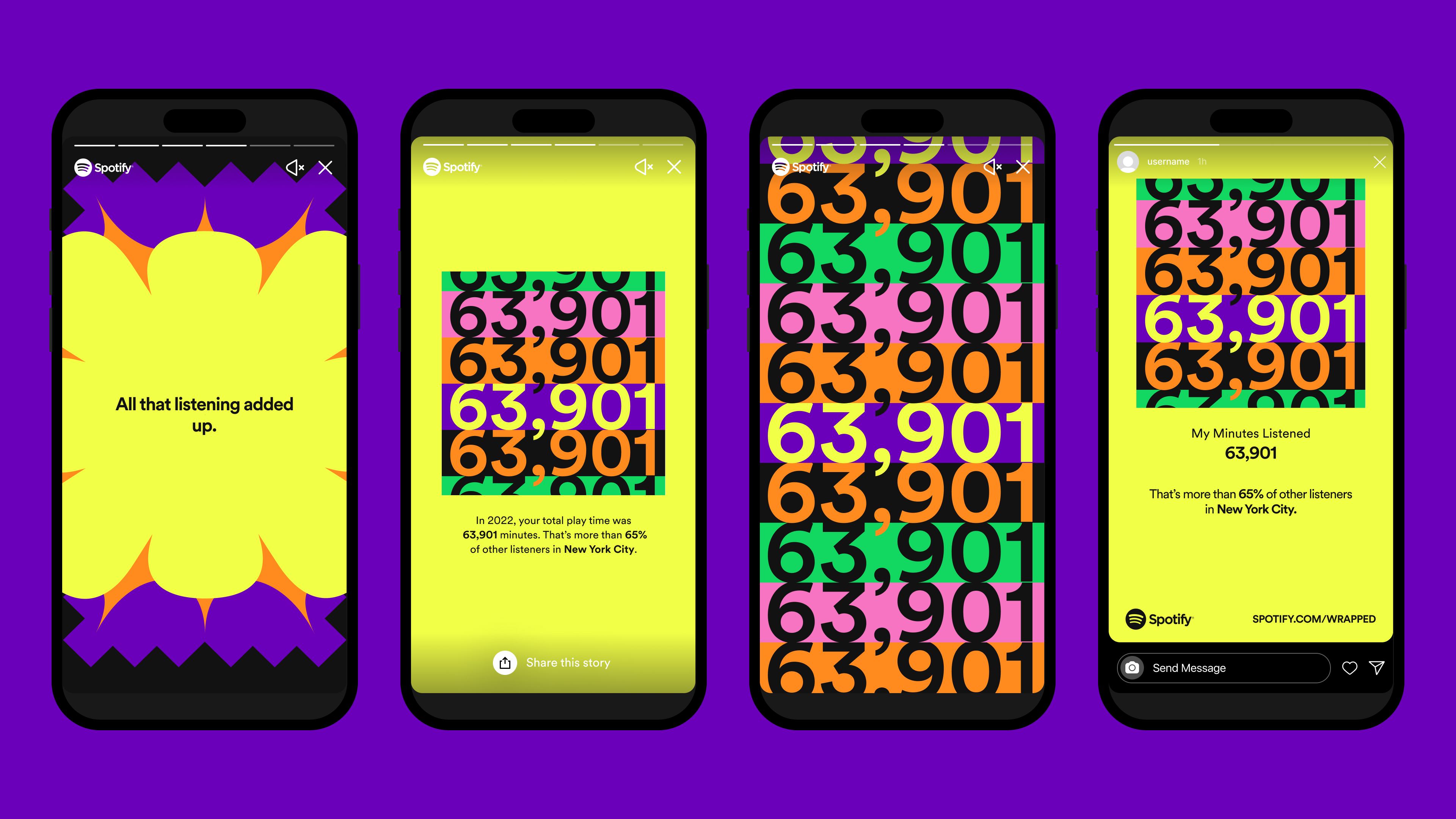 Heeeeeey! Couple of fun things we have in the pipeline at the moment… Did you know we’re looking for you and your expertise for our TechCrunch founder summit? Join us for a free, one-hour webinar on Thursday, December 8 and learn about “Building a Compensation Plan for Better Retention,” where we’re talking with two of the top folks at BambooHR, who’ll be offering their expert guidance. If you’re wondering what our Spotify Wrapped listening personalities are, you are in luck. See below. Happy end of November — onward to the last month of the year! — Christine and Haje

#SpotifyWrapped: If you were like most of us TechCrunchers today, you were finding out what Spotify had to say about your year-long listening trends. Sarah writes that in addition to the list of your most listened-to songs, Spotify Wrapped 2022 attempted to guess your mood: Christine is “The Maverick” and Haje is “The Time Traveler,” in case you wanted to know. More layoffs: Food delivery companies continue to have a rough go of it. DoorDash is the latest to announce it will lay off 1,250 employees in efforts to reduce operating expenses, Aisha reports. It turns out you can have nice things: We enjoyed Mary Ann’s well-done story on ResortPass, a company that gives people a chance to lay out by the pool of a five-star resort without having to stay there. The company’s recent $26 million cash infusion includes celebrity backers, and most likely five-star pool loungers, Jessica Alba and Gwyneth Paltrow.

Today, crypto exchange Kraken announced it’s letting go of 1,100 staffers. The announcement came from a company blog post, Alex reports. News that Kraken is cutting staff — and therefore costs — is not a surprise, given a generally gloomy macroeconomic climate and even worse climes in crypto land. Speaking of crypto land, Sarah reports that Jack Dorsey’s Bitcoin project TBD kills its plan to trademark “Web5.” Meanwhile, the creator of Magic: The Gathering spoke with Devin about why he put a paper game on the blockchain. Apart from the world of crypto, it was a good day for new funds — Christine reports that New Fare Partners is the latest female-led VC to close first fund, and Catherine has a story today about Iterative launching its second fund targeting Southeast Asia–based startups. “Native Americans are the most impoverished group in the US, a vestige of intergenerational, systematic disenfranchisement. They are also being hit the hardest by inflation right now, as a result,” says Danielle Forward, CEO and co-founder of Natives Rising in an interview with Mike. She is working to change that situation. “While the tech industry is slowing down on hiring, tech jobs remain one of the most economically empowering, in-demand job opportunities of the future, especially for those who desire remote work.” Okay, fine, there’s a few more: Cracking the whip on spend management: Kyle reports that spend management platform Teampay expands its partnership with Mastercard and raises $47 million to secure its next cycle of growth. Security, but simpler: Pangea Cyber wants to simplify security for developers, taking an API approach, Ron reports. An evolution of startup studios: eFounders morphs into Hexa, a portfolio company of startup studios, Romain writes. Have a fresh battery: Gogoro to pilot battery swapping and Smartscooters in the Philippines next year, Rebecca writes. A bucket o’ talent: Sequoia India backs Prismforce, a company that helps IT companies build a better supply chain for talent, Jagmeet writes.

Dear Sophie: How should I prepare for my visa interview?

dear-sophie-immigration-maze-3 Dear Sophie, Our startup was just accepted into the winter batch of a top accelerator! My co-founder with an H-1B just got laid off from Big Tech, but he’s OK because his immigration lawyer is filing a change of status to B-1 within the 60-day grace period. I’m nervous though, because I’m outside the U.S. and I don’t yet have a B-1/B-2 visitor visa. How can I ace the visa interview? What type of questions will I be asked? How should I prepare? — Tenacious in Tobago Three more from the TC+ team: Sharpen your swords: Frequent conflict is a new requirement for startup leaders, Natasha M writes. Venture and slave trade: Erika Brodnock and Johannes Lenhard present an excellent excerpt from the book “Better Venture,” which pieces together “an evidence-based account that traces venture capital back to the transatlantic slave trade.” From cardboard to warmer houses: Tim explores how transforming old cardboard boxes into insulation netted CleanFiber a $10 million funding round. TechCrunch+ is our membership program that helps founders and startup teams get ahead of the pack. You can sign up here. Use code “DC” for a 15% discount on an annual subscription!

In Airbnb’s new life, it is playing the role of real estate agent. The vacation home rental giant is now helping renters find an apartment so they can Airbnb it, Ivan writes. Kind of interesting when you consider that Airbnb and its hosts have gotten into trouble in the past for listing properties without permission from landlords, and in some cases the city government. Speaking of things you’re allowed to do in cities, Brian reports that “San Francisco police can now use robots to kill.” The city’s board of supervisors passed the proposal that will allow robots to be used only “in extreme circumstances to save or prevent further loss of innocent lives,” he writes. And we have five more for you: “Road to irrelevance”: Not many things are, mind you, but European Central Bank officials are saying that since Bitcoin is “rarely” used for legal transactions, that is where the cryptocurrency is headed, Manish reports. Black, white and read all over: Can you believe the Amazon Kindle is 15 years old? Brian takes us on a history tour of the electronic read device and gives a review of the Kindle Scribe. India likes smartwatches: That’s right, India has surpassed North America in being the biggest smartwatch market, Ivan writes. It’s electric!: Honda has plans to launch a fuel cell electric vehicle based on its CR-V crossover in 2024. Jaclyn has more. It’s not Hump Day without a Terraform update: In the latest saga surrounding the collapse of Terraform Labs and its cryptocurrency, Kate writes that South Korean prosecutors now seek arrest warrants for the company’s co-founder, as well as some of its investors and engineers. Daily Crunch: Music fans revisit their year in music with Spotify Wrapped 2022 by Christine Hall originally published on TechCrunch