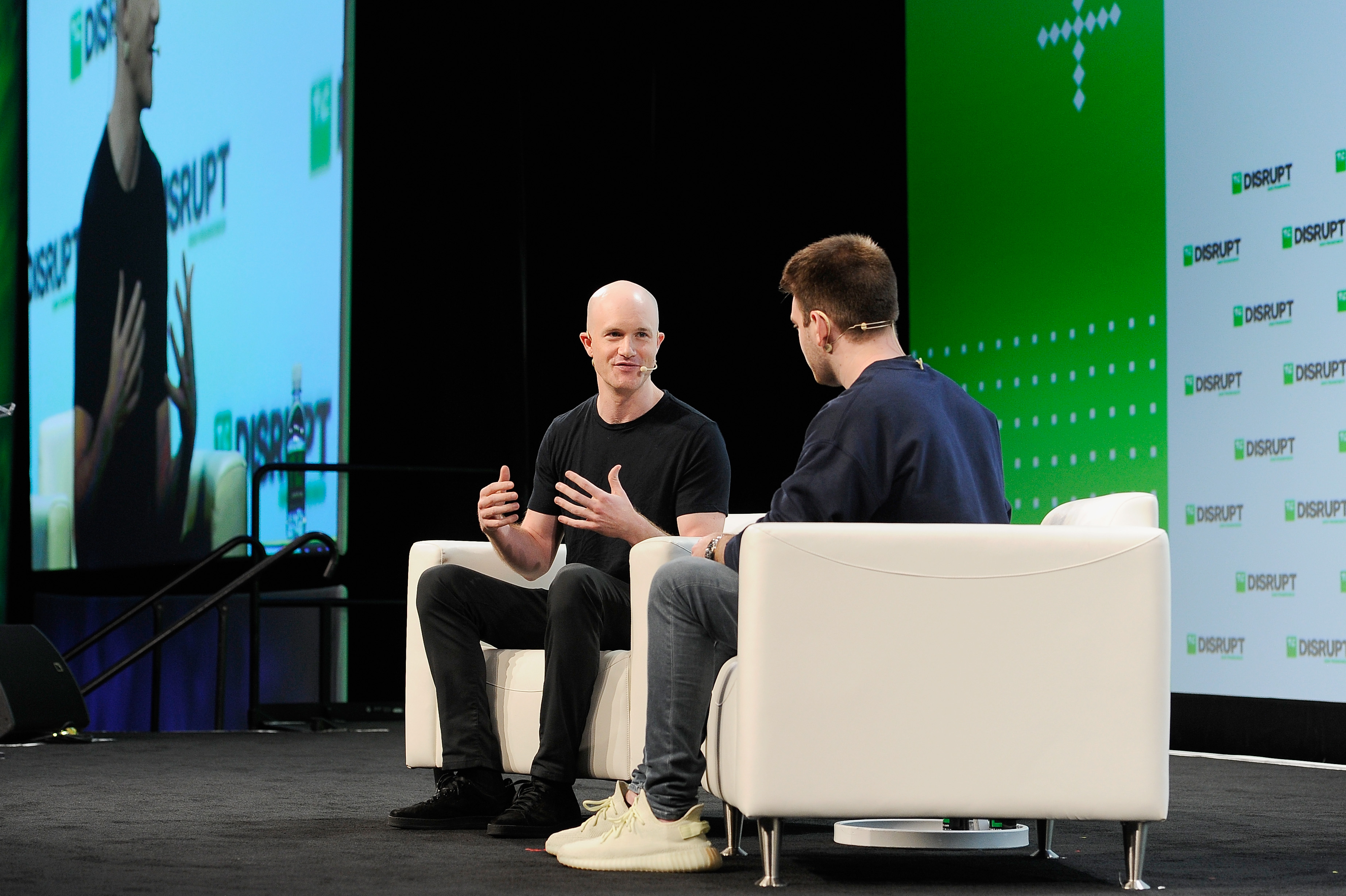 Haje is still dazed from spending a week deep in the bowels of Las Vegas for CES 2023 but is grateful to be back in the Daily Crunch saddle. Let’s see what’s happening in tech land! — Christine and Haje

More layoffs at Coinbase: Coinbase said it is going to cut another chunk of jobs, this time 20%, or 950 employees, and will abandon several projects, Manish reports. This is the crypto exchange’s second round of layoffs in seven months after cutting about 1,100 jobs in June. Primed and ready: Amazon is going to expand its Buy with Prime service to the U.S. on January 31, Sarah writes. Buy with Prime’s delivery service is similar to Prime, but also includes “seamless checkout and easier returns, allowing merchants to establish their own direct relationships with customers.” Chatting, but with a bot: Everyone’s ChatGPTing. Know how we know? Dubious ChatGPT apps are flooding the Apple App Store and Google Play Store. Ivan has more.

German-based biotech company BioNTech — one of the big manufacturers of COVID-19 vaccines, among other things — is set to acquire InstaDeep, a Tunis-born and U.K.-based AI startup for up to £562 million (~$680 million) in its largest deal yet, Tage reports. The German vaccine maker intends to use InstaDeep’s machine learning to “improve its drug discovery process, including developing personalised treatments tailored to a patient’s cancer.” Supermom, a parenting platform with 20 million users in six Southeast Asian countries, offers parents price comparisons, communities and the chance to earn money by completing surveys, Catherine reports. It gives brands a way to conduct market research and collect first-party data, which is important as marketers prepare for a post-cookie world. And we have a smattering of additional stories for you: Keeping an eye out — on the cheap: Frederic reports that Wyze launches its new $34 pan-and-tilt security camera. Like tea, but functional: A brand-new “functional” tea brand, the Ryl Company, is steeped in cash with $6.7 million in new funding and is making its debut in Wegmans and Whole Foods, Christine reports. Recycling the heat: Servers get hot, so why not use ’em for something useful? Qarnot creates green data centers by putting servers in central heating boilers, Romain reports. The company just raised $13 million to continue on its mission. Like Etsy but Korean: Handmade goods marketplace Backpackr gears up to expand into Southeast Asia, reports Kate. Better chat, with some ways to go: Anthropic’s Claude improves on ChatGPT, but it still suffers from limitations, Kyle reports.

A timeline for startup M&A processes: Key steps and factors to consider

GettyImages-1221969549-2 “Not all companies are best positioned to go it alone, and that’s okay,” writes Vishal Lugani, general partner and co-founder at Acrew Capital. In his detailed guide to the M&A process, Lugani offers a week-by-week deal timeline that breaks down every step between sourcing offers and post-close integration. A lot can happen over the months it can take for a deal to close, so the article includes strategies for selecting an acquirer, maintaining product momentum, and managing your team (and investors!). Three more from the TC+ team: Hold on tight…: Salesforce turmoil continues into new year, as recent layoffs attest, Ron writes. Gettin’ chatty: Some investors are (cautiously) implementing ChatGPT in their workflows, reports Natasha M, Christine, and Kyle. Cookin’ on gas: Climate benefits of killing gas stoves aren’t what you think, but the health benefits are, Tim reports. TechCrunch+ is our membership program that helps founders and startup teams get ahead of the pack. You can sign up here. Use code “DC” for a 15% discount on an annual subscription!

Some sources told Manish that OpenAI’s startup fund is in talks to invest in silicon chip bigwigs Sam Zeloof and Jim Keller, who started Atomic Semi to manufacture chips. And get this: the proposed $15 million investment will value the company at $100 million. Not too shabby, er, should we say silicon-y. And we have five more for you: Matchmaker, app-style: Scams do happen, especially when love is involved. Not a good look for Tinder and other Match dating apps, so they are offering in-app tips on avoiding romance scams, Lauren writes. Even more layoffs: Data software company Scale AI is cutting 20% of its workforce, Kirsten reports. In a blog post, CEO Alexandr Wang pointed to aggressive hiring during good times, but “the macro environment has changed dramatically in recent quarters, which is something I failed to predict.” In privacy news: Natasha L writes about Facebook’s data-scraping breach leading to an enforcement lawsuit in Ireland, while Europe quizzes TikTok on various topics, including data safety, disinformation and Digital Services Act compliance. Windows 7 security is in the rearview mirror: Microsoft ends Windows 7 security updates, Zack reports. Teen screen time: Instagram and Facebook are looking at its advertising to young users and will introduce more limits on targeting teens with ads, Taylor reports. Daily Crunch: Citing ‘unscrupulous actors’ and market trends, Coinbase CEO lays off 950 workers by Christine Hall originally published on TechCrunch