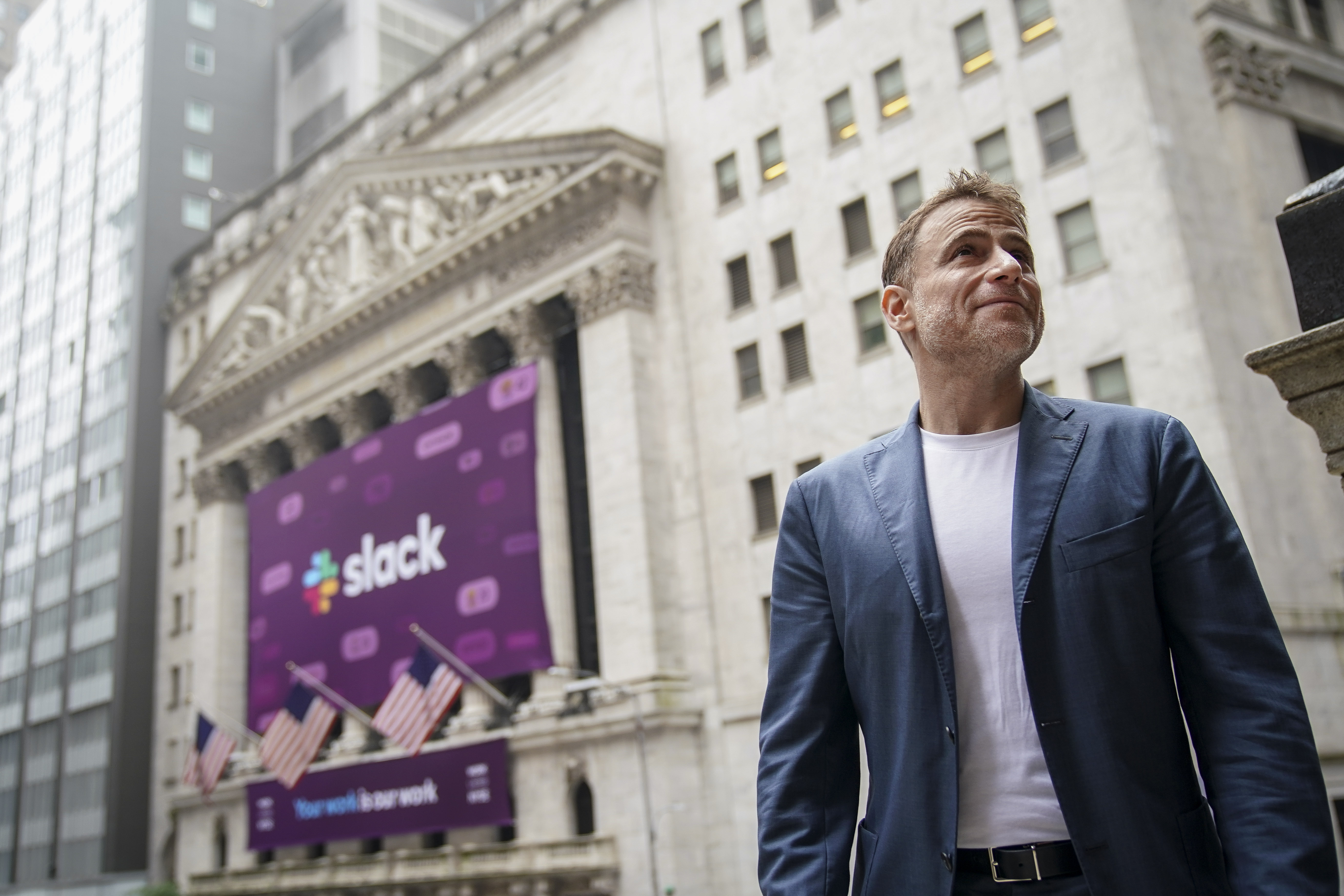 Obviously you love the Daily Crunch, but did you know that we’ve got a whole lineup of truly amazing newsletters from across the site? Sarah’s This Week in Apps is consistently insightful and interesting about what happens on our handheld supercomputers. The Interchange is Mary Ann’s deep dive into the world of fintech startups, and The Station is the summary of everything transportation, lovingly assembled by the incomparable Kirsten. Finally, Greg’s Week in Review is the “oh crap, I didn’t have time to read TechCrunch this week” summary so you don’t make a complete fool of yourself at the watercooler when Monday rolls around. We also have space newsletters, robotics newsletters, and more. Check out the full list, and go on a subscribing spree. Go on, what else is there to do in December? — Christine and Haje

Ch-ch-ch-changes: It’s another C-suite shake-up over at Salesforce. Ron reports that Slack CEO Stewart Butterfield, who joined Salesforce when the company acquired Slack in 2020, says he is stepping down in January. This news follows some other recent out-of-the-blue departures in the past week, including that of Salesforce co-CEO Bret Taylor, who announced his resignation. A different take on social commerce: Much of the livestream commerce we see today has to do with buying clothes or some fancy vintage playing card. However, Kapu is putting an interesting spin on it, coming out of stealth with $8 million in new funding to create a social commerce site that helps Kenyans find groceries at lower prices. Annie has more. AI is our life now: We are now using artificial intelligence to create our own avatars and write letters about potential layoffs. Twelve Labs’ founder Jae Lee believes this should be extended to searchable video, so that’s what the company set out to build. Today, it announced $12 million in fresh capital to continue developing AI that understands the context of videos, Kyle writes.

Loft Dynamics, a Swiss startup creating virtual reality simulation technology for helicopter pilots, has raised $20 million in funding from U.S. venture capital firms, including Craft Ventures, Sky Dayton and Up Ventures, Paul reports. Alongside the funding, the company is also formally announcing its name change from VRM Switzerland to Loft Dynamics. Apropos VR…demand for real estate VR booms, reports Mike, writing that Founders Fund leads a $16 million round into the Giraffe360 platform. Here’s five more news story and an invite to the consumer electronics startups out there: From nonduality to nonexistence: Romain writes that Zenly was the best social app and that he’s sad it’ll shutter on February 3. Plus d’Euros: French VC firm Partech has closed its fourth fund, a €120 million ($124 million) seed fund, Romain reports. Row, row, row your code: Haje writes that if Rowy has its way, if you can use Excel, you can build software. Premature expiration: Devin reports that it looks like sex tech startup Lora DiCarlo is done for. Today’s special is…: Aigens scales digital menus in Asia, reports Rita, with a $14 million round led by Ant. Coming to CES? Haje, Brian, and a few of the other TC crew are going, and we want to meet your startup in Vegas in January, writes Brian.

Which way is up? The end of free money and the importance of keeping cash on hand

GettyImages-1222778351-1 In simpler times, founders could often satisfy investors just by showing how quickly their company was meeting growth expectations. “Well, investors today care about the less-distant future,” said Max Schireson, an operating partner at Battery Ventures. “They care about how much money they need to put into your company to get to that future and when it will arrive.” In a guest post for TC+, he shares frank advice and multiple scenarios that can help founders meet investor expectations during tough times. “They say time is the one thing you can’t buy, but in fact, time is the easiest thing to buy at a startup.” Three more from the TC+ team: For goodness SaaS: Kyle writes how companies can slash ballooning SaaS costs. A boom in doom and gloom: Tim argues that climate tech is not doomed, despite climate doom. Slowing the Amazon River: Ron wonders if the era of constant innovation at Amazon is over. TechCrunch+ is our membership program that helps founders and startup teams get ahead of the pack. You can sign up here. Use code “DC” for a 15% discount on an annual subscription!

Facebook wants to know your age, but before you clutch your pearls, it’s actually for a good reason. Meta is bringing its age verification technology into its Facebook Dating product, Sarah reports. We already don’t know, or want to know, how 50-year-olds meet 16-year-olds, but Meta definitely doesn’t want to gain a reputation for being THAT place. And now, we have five more for you: “No” to jail, for now: Kate reports that a Korean court rejected warrants to detain eight former Terraform Labs employees and investors related to the Luna collapse. The court said the people had a right to fight their cases. Some people think this guy belongs in jail, too: It’s unlikely that Sam Bankman-Fried will testify in a House Committee hearing on the FTX collapse, taking place on December 13, Manish writes. Feature drop: Google Pixel users, like Christine, rejoice! An update has new features like clear calling and Google One VPN, Ivan writes. Going international: General Motors’ BrightDrop e-delivery van business found a new home in Canada with DHL Express, Rebecca reports. There goes the neighborhood: Elon Musk has been busy bringing back an infamous neo-Nazi on Twitter and vicariously publishing internal emails related to the Hunter Biden laptop drama. Taylor has more on both of these stories. Daily Crunch: Another Salesforce C-suite exit — Slack CEO Stewart Butterfield will step down in January by Christine Hall originally published on TechCrunch