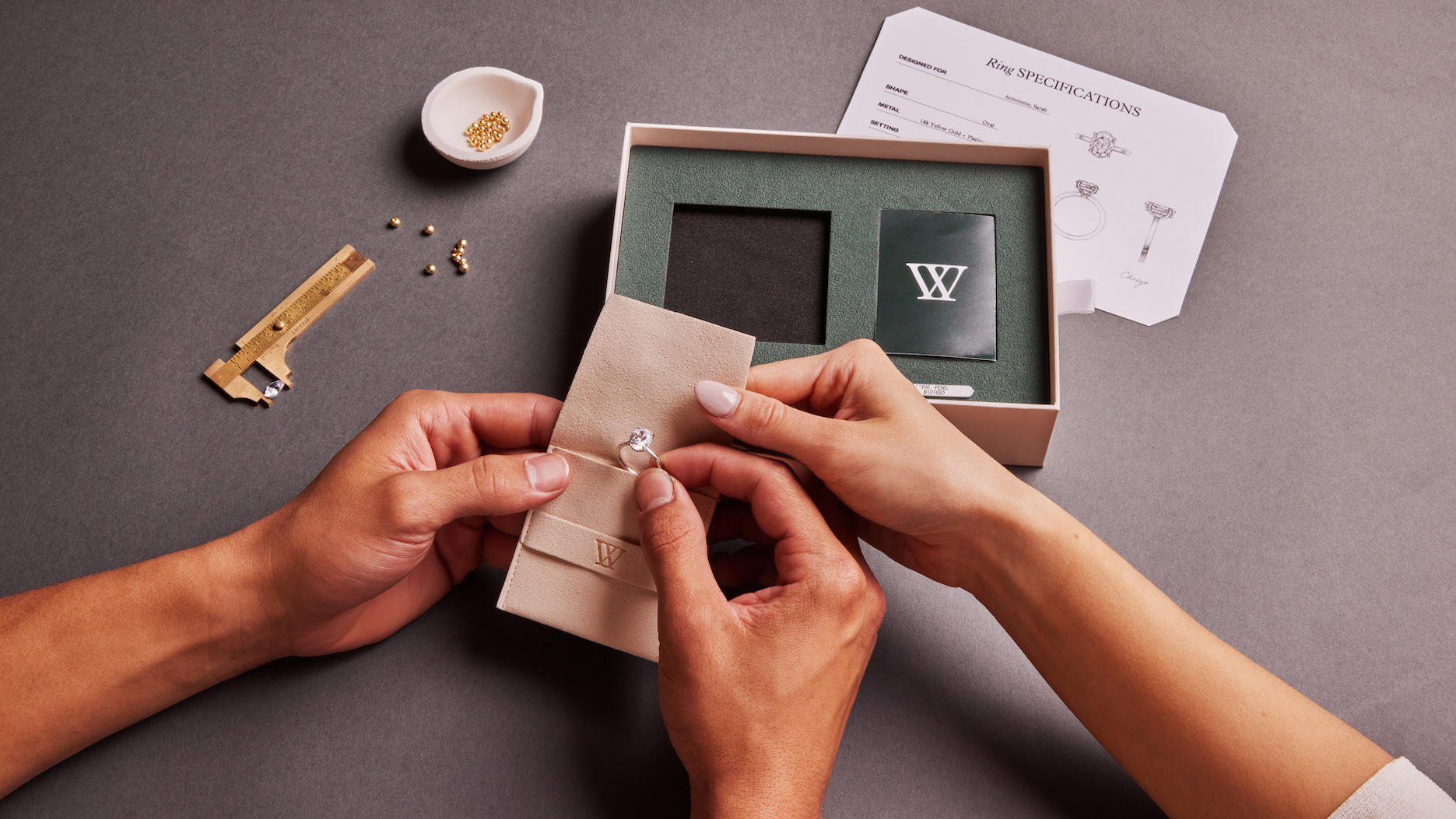 It’s also doing it with $3.85 million in a new seed funding led by Springdale Ventures. Joining Springdale was a group of investors that included Outlander VC, Rarebreed Ventures, Context Ventures, PenFed Foundation’s veteran entrepreneur-focused investment vehicle VEIP, West Point grads-founded WPMC and Early Light Ventures. West Point classmates and former Army Rangers Andrew Wolgemuth and Brian Elliott started Wove in 2021 after finding they had a knack for designing engagement rings for their fellow service members. They began receiving requests from U.S. consumers and decided to turn their passion into an online engagement ring company. They now help people not only skip what can be awkward trips to the jewelry store, but offer customized wedding rings that can be tried on at home and also created “six times faster than traditional jewelry making.” Wove’s jewelry is made 100% in the United States with ethically-sourced diamonds and 100% sustainable materials. Wove’s customized rings involve a two-week design experience and average $10,000, which CEO Wolgemuth, who grew up in his family’s jewelry store, told TechCrunch is above the national average of $6,000. Unlike other jewelry stores, Wove is “the only company that does custom replicas,” Wolgemuth said. Also, until recently, the only people who could get custom rings delivered to their house for consideration were famous or ultra wealthy. Wove provides this for the everyday consumer, he added. “What we are doing I think was only possible in the last five years because of how 3D printing technology changed along the way,” he added. “Before, you had to hand carve a wax ring, and now, we can 3D print up to 300 different rings at the same time within three hours. It drastically increased the production time and allowed us to do custom at scale.” The company has just over 20 employees and also employs its own jewelry designers, which Wolgemuth says is unique, as many jewelry stores outsource that kind of thing while designers often create pieces that may never be sold. It’s been nearly a year since Wove’s brand launched, and Wolgemuth said the company has since produced thousands of rings and revenue grew five times. The new funding will be invested into overall growth and scale, including advertising, and to launch this week Wove’s e-commerce line, where clients can purchase pre-designed rings from Wove’s website, order replicas of pre-designed rings or further customize pre-designed rings, Wolgemuth said. In addition, the company is building out a design portal where customers can track the progress of their ring and chat live with the designer, and will move into an expanded product line that includes earrings, pendants, necklaces and bracelets that will be available by the end of the year. Meanwhile, the company was built during the global pandemic, which enabled Wove to get some early traction and continue to grow even in economic downturns. “Wove is a recession-proof business,” he added. “Even with the pandemic winding down, we still see our business continue to grow, which is really encouraging that our process wasn’t just built for the pandemic world. It was built for couples of this day and age and how they want to shop for engagement rings.” Custom jeweler Wove bags $3.85M to make engagement ring purchases less stressful by Christine Hall originally published on TechCrunch