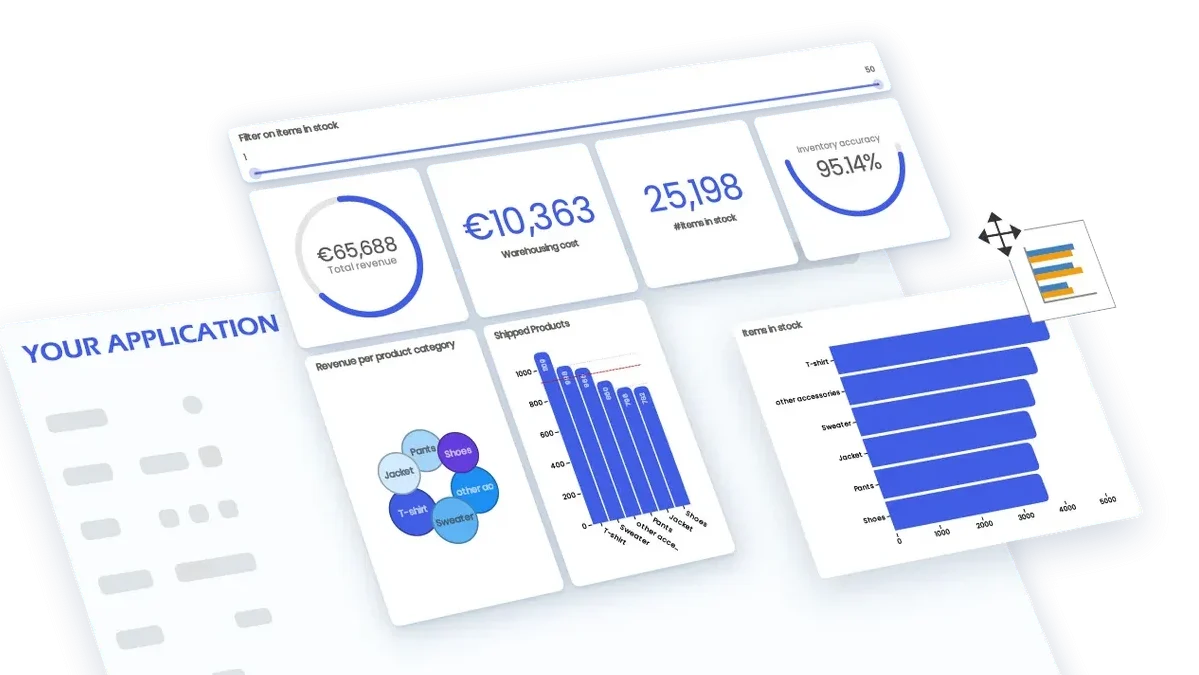 Founded out of Belgium in 2015, Cumul.io works in a similar space to well-established BI incumbents such as Tableau and Looker, but sets itself apart with a focus on bringing embedded analytics to SaaS applications specifically. Embedded analytics, for the uninitiated, is where companies offer data reporting and visualizations directly inside their software, rather than having to use a separate, standalone BI application — this brings convenience and simplicity to growing companies that would rather focus their resources on their core competencies. “More and more users of SaaS products or software platforms expect insights and data to be made available directly inside their core apps, as a native component,” Cumul.io CEO and cofounder Karel Callens explained to TechCrunch. “SaaS companies are looking for solutions that can be rolled out and marketed quickly, are easy to use, and can be scaled and adapted with minimal effort to keep costs low.” With Cumul.io, its customers — which include venture-backed SaaS scale-ups such as Dixa — can integrate white-labeled analytics and dashboards into their software by connecting just about any data source, drag-and-drop specific features to customize their dashboards, and then copy-paste a snippet of code into their application to serve thousands of end-users. ezgif.com-gif-maker

While Cumul.io is certainly comparable to the likes of Looker and Tableau in terms of the sphere in which it operates, Callens reckons its most direct competitor is actually engineering teams who might have a general aversion to third-party embedded analytics providers, choosing to stitch their own solution together instead. “Many product and engineering teams still have the misconception that using an embedded analytics vendor will limit their flexibility, compared to building it out on their own,” Callens added. “There’s still a lot of education involved on how powerful and flexible low-code tools nowadays can be.” Prior to now, Cumul.io had raised around €3.1 million ($3.4 million) in funding, and with its fresh cash injection the company said that it plans to bolster its headcount across its offices in Leuven and Genk in Belgium, as well as its New York hub. Indeed, the company said that more than a third of its revenue already emanates from the North American market. Cumul.io’s Series A round was led by France-based early stage VC firm Hi Inov-Dentressangle, with participation from Axeleo Capital, LRM, and SmartFin. Cumul.io, a low-code embedded analytics platform for SaaS companies, raises $10.8M by Paul Sawers originally published on TechCrunch