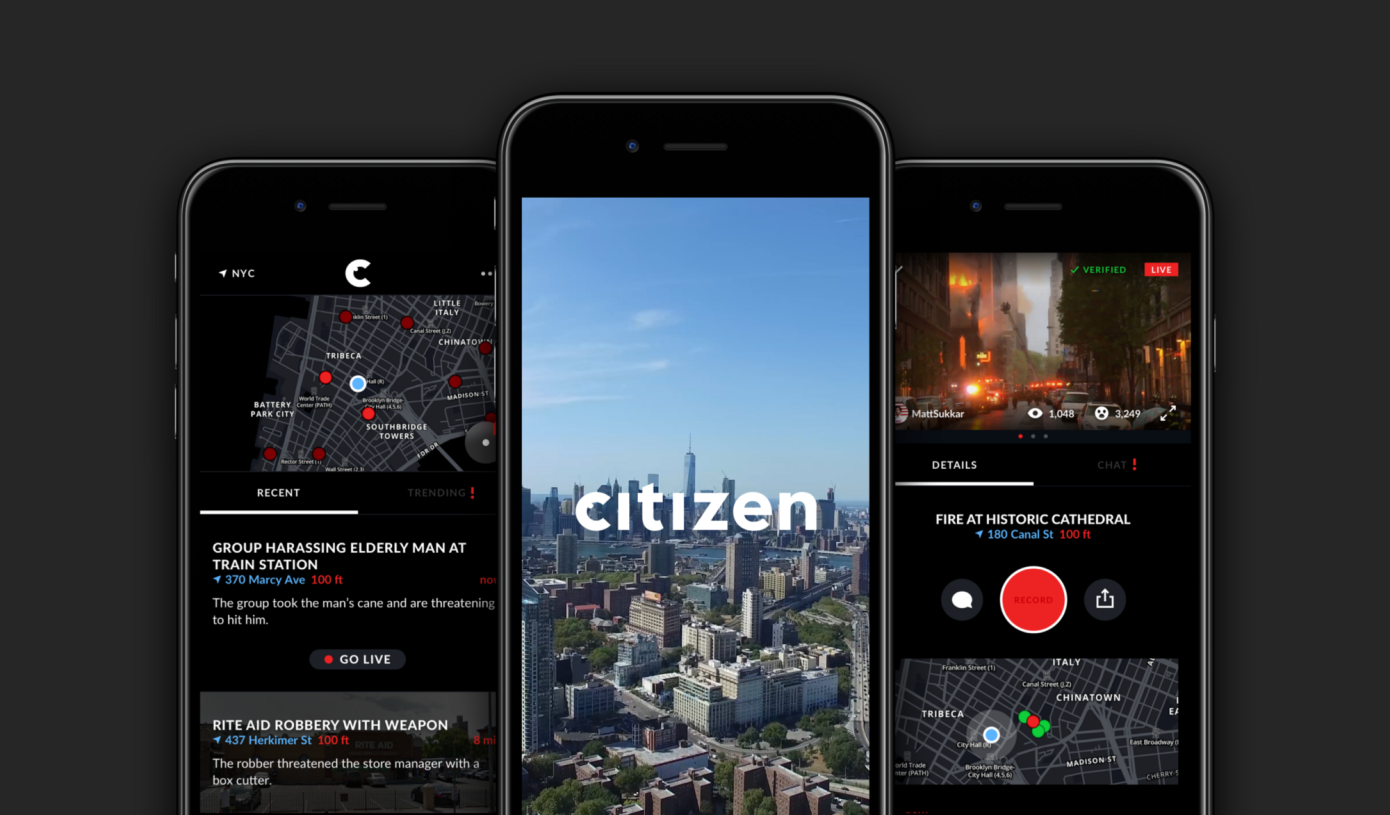 “We are grateful to all of our departing team members for their contributions to Citizen and are committed to supporting them through this transition with a generous severance package that includes accelerated option vesting and extended exercise window, six months of COBRA payments, career services support, and other benefits,” a spokesperson told TechCrunch. Citizen did not share what departments at the company were impacted; one laid off employee told TechCrunch that at least ten engineers were let go. Launched in 2016, the app was initially banned from the App Store over concerns about vigilantism — it was called Vigilante at the time. Now, Citizen uses public police blotters to notify users about verified incidents in their area, but users can upload their own reports of suspicious activity and livestream from crime scenes as well. According to data from SensorTower, an app analytics firm, Citizen has seen about $30.3 million in consumer spending and over 14 million downloads since its launch. The private company most recently raised a $73 million Series C funding round in early 2021, which included a $23 million convertible note. Citizen has been criticized for encouraging a culture of surveillance that lends itself to racial profiling and harassment; another neighborhood social app Nextdoor has exhibited similar issues. But the most egregious example of these dangers came from the company’s CEO himself. In 2021, Andrew Frame offered Citizen users $30,000 to track down a suspected arsonist while livestreaming on the Citizen app. He shared a photo of the suspect on a live feed which racked up 800,000 views, but it turned out he had the wrong guy. According to a report on the incident from Motherboard, Frame saw this as an elaborate marketing opportunity for the app’s livestream feature. “We deeply regret our mistake and are working to improve our internal processes to prevent this from happening again,” the company wrote in a statement at the time. Later that year, Citizen launched a service called Protect. For $20 per month, users get 24/7 access to a “protect agent” who can connect them with first responders or police. But critics have questioned whether Citizen’s alerts stoke panic and fear moreso than they keep people safe — and that fear can encourage people to purchase access to their own personal security agent. According to SensorTower data, in-app purchases on Citizen increased 17% year-over-year after the introduction of Protect. But Citizen saw an average of $1.4 million in monthly spending on its app in 2022, which likely isn’t enough to make the company profitable. Citizen did not share a reason for conducting layoffs, but letting go of 33 employees could afford the company a bit more runway. According to its website, Citizen is currently hiring for five roles. Crime reporting app Citizen lays off 33 employees by Amanda Silberling originally published on TechCrunch