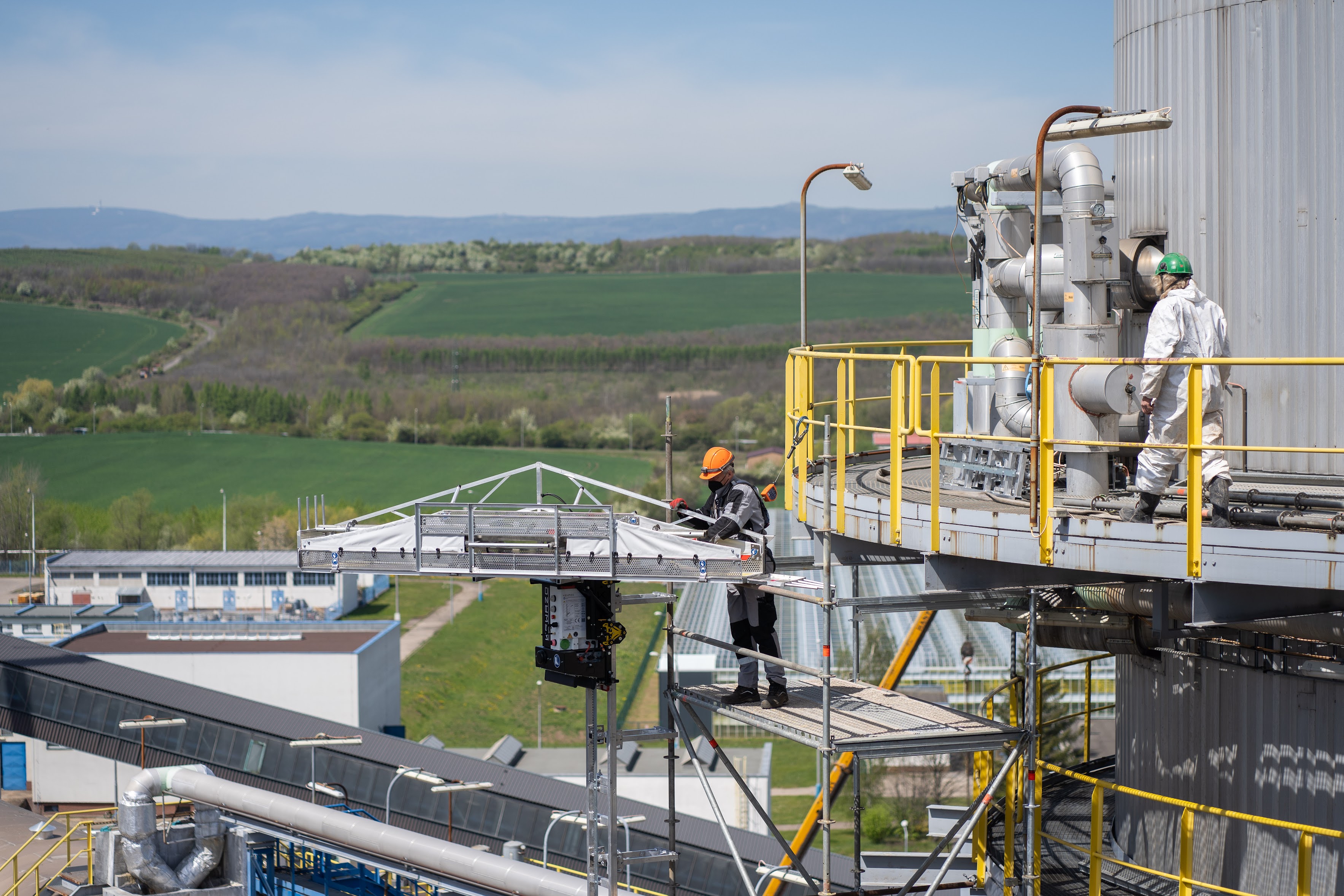 We encountered Kewazo several years back when the Munich-based startup participated in a TC Sessions: Robotics pitch-off. Sometimes startups take a lot of explaining off the bat. This isn’t one. At the center of the offering is the firm’s first product, Liftbot. The system is effectively an automated hoist system that ascends and descends scaffolding systems. It takes two workers around 20 minutes to install (per the company), is fully battery powered and wireless and is able to arrive at its destination without manual interference. Like a number of construction robotics firms, Kewazo got a nice boost during the pandemic, as construction reopened, but many companies suddenly had trouble filling roles. “Despite already existing labor shortages, it became impossible for foreign workers to commute back to their home countries and come back,” co-founder and CEO Artem Kuchukov tells TechCrunch. “Many sites in Europe, the Middle East, and Singapore massively suffered from that, as a large percentage of their workforce simply wasn’t there anymore. That was a huge catalyst for construction automation, as companies began to look for ways to sustain their businesses without relying on an uncertain labor supply.” fast_reinstallation Today Kewazo is announcing a $10 million Series A. The round, which brings its full fundraising up to around $20 million, was led by Fifth Wall, with participation from Cybernetix Ventures, Unorthodox Ventures and Nemetschek. It follows a $5 million “Pre-Series A” back in September 2021. “I think it is very useful that companies like Kewazo are disrupting our business,” Bart Gyssels, CIO of Altrad Services Benelux, says in a release tied to the news. ”We will have problems in finding and keeping good personnel — this will be our main focus in the coming years and decades. These innovations are very helpful in attracting and motivating our coworkers and help us to provide our customers with cost-effective and safe services.” kewazo_MTL_highRes-DSC08344 Kuchukov tells TechCrunch that, in spite of general bullishness around construction automation, raising in 2022 was no walk in the park. “Series A in 2022 was tougher though. We started fundraising at the beginning of April, right when things started to slow down,” he says. “We had a founder’s camp organized by True Ventures in Napa Valley in March and nobody was even talking about the recession yet. But a few weeks later it started. Some of my fellow founders suggested waiting until fall with the raise, but we decided to not rely on the unstable economic situation in the world.” Among the plans for the money is an increase in headcount. Kewazo currently employs 26 full-time and 11 part-time employees and plans to hire another 15 this year, largely in business and product development. Construction robotics firm Kewazo raises $10 million by Brian Heater originally published on TechCrunch