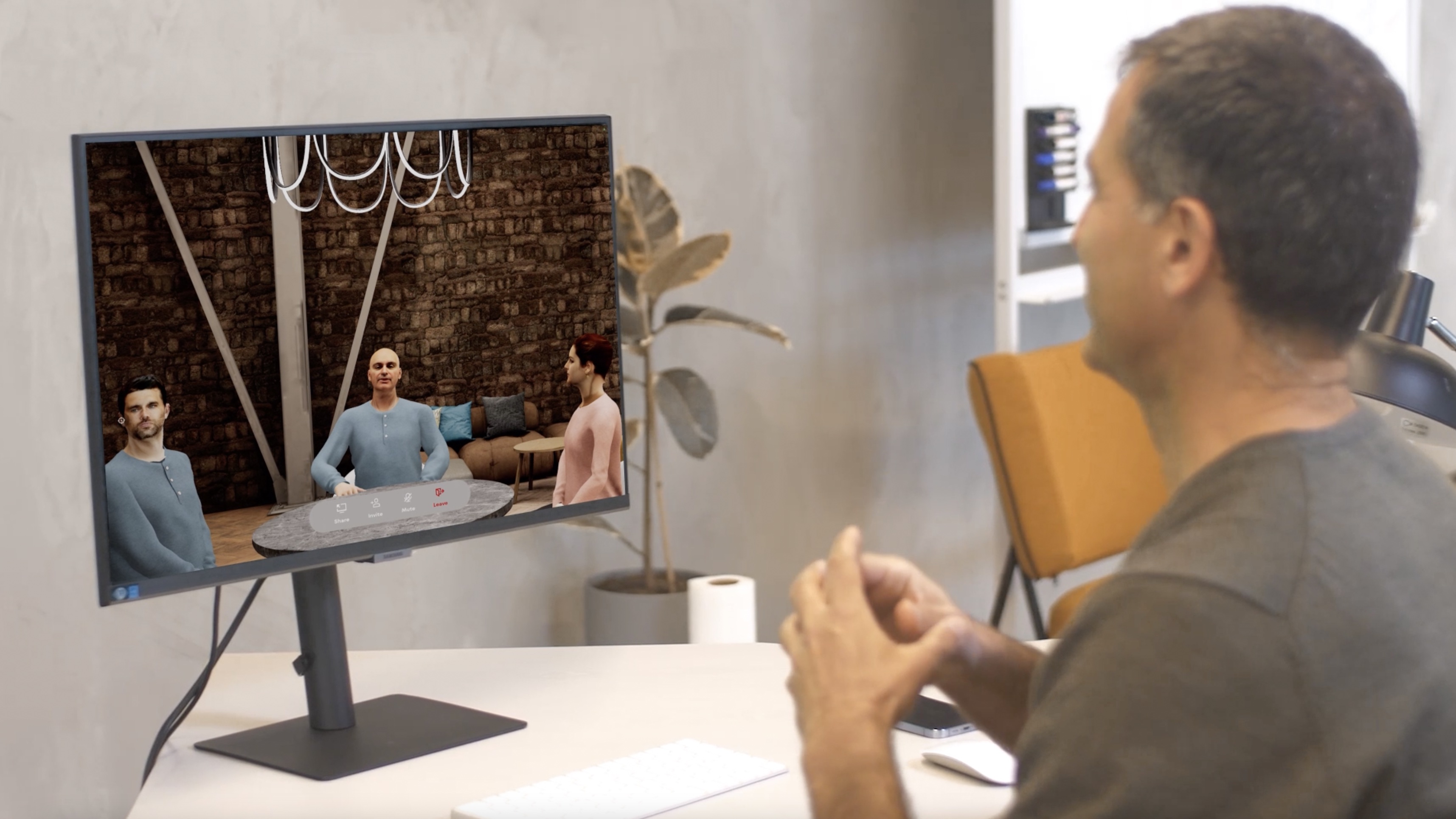 CommonGround — an Israeli/Silicon Valley startup that has built technology for people to use their smartphones to scan their faces for responsive, real-time three-dimensional avatars that can be used in video applications — has raised $25 million, money that it is using both to continue developing its tech getting it launched into the world. Marius Nacht, the co-founder and former chairman of CheckPoint Software, led the round, with VCs Grove, Matrix and StageOne also participating. The latter three are repeat backers: collectively, they invested $19 million in the CommonGround when it was still in stealth mode. CommonGround actually raised this latest funding a year ago, but it chose to delay announcing until it had a product ready to show. Now, you can go to the site to scan yourself and create an avatar; in Q1 2023, the company plans to release the first application to use that avatar: meeting software where your likeness, or an idealized version of your likeness, will be able to sit around a virtual table to engage and respond to others in the conversation — complete with reactions and movements mirroring those you are making IRL. (For now, you can share the avatars with friends and put them into a dancing animation.) Like “TrueSelf Scan,” the name of the initial application that’s used to scan a person’s image, the meeting software also will not require a VR headset to use and engage with: users will be “seated” in a room that will be shown on a video screen. Amir Bassan-Eskenazi, the CEO of CommonGround who co-founded the company with Ran Oz, said the software will work for up to 500 concurrent people, although I’m not sure how that bigger number will render in a “roundtable” format. Why videoconferencing? The medium definitely had a moment in the spotlight with the arrival and peak of the Covid-19 pandemic and a huge shift of people opting to work remotely. Fast forward to today, with millions of hours in aggregate clocked up on services like Zoom, Microsoft’s Teams, Google’s Meet, WebEx and the many other videoconferencing apps out there, skeptics might argue that what we have on the market today has been good enough. CommonGround’s bet is that the experience could be better, and when people are presented with an easy way of having that, they will use it. “There is Zoom and there are phone calls, but we think there is a big aspect of remote meetings [not being addressed by technology today],” said Bassan-Eskenazi. “Our goal is to enable taking experience — closer connections — and making that digital. We think moving video conferencing from 2D to 3D could even make it better than face-to-face.” The computer vision technology is built from the ground up — a project that seems to have started as early as 2019 and has been complex enough that this launch was postponed from its original target date of 2021. Based around machine learning, CommonGround’s platform is theoretically learning all the time from its users: the more you use it, the more you train it, and the more accurate it becomes. And to be clear, the startup confirms that the tech is not in any way connected to what others are building around the same concept. One would-be competitor that I found comes from Avatar SDK, which is part of ItSeez3D, which itself was acquired by Intel several years ago — albeit not for this particular piece of technology, at least not at the time of the deal in 2016 (its USPs then were IOT and automotive applications). Avatars have had a lot of currency in more fun, consumer-focused applications, and there have been a few examples of how AI and computer vision can spark delight in these when they become more anthropomorphic: Apple’s animated memoji, based on your facial expressions, can feel familiar and cute, if a little eery. But Bassan-Eskenazi believes that avatars also very much have a place in enterprise environments. For one thing, the numbers of calls today that are made with the camera turned off — either because a person does not feel presentable or in the right environment for a call — are one use case: now you can continue to maintain your privacy while still making eye contact and responding to what others are saying, qualities that go a long way towards communication that might otherwise get lost in virtual environments. And if you think immersive meetings are the future, you may not want to ever have them in VR. Although some have held the new wave of headsets as the answer to more immersive virtual meetings, there’s no question that wearing a headset for extended periods — those work meetings that could last for hours — is uncomfortable. Whether the idea really catches on with businesses, and is as scalable as CommonGround believes it could be, are still bets that have yet to come good, but investors have been interested not least because of the pedigree of the founders. Between them, Bassan-Eskenazi and Oz have started seven companies, had three IPOs, two exits, and won two Emmy awards for streaming technology. That points to resourcefulness, and artificial intelligence technology with multipurpose potential at the end of the day. CommonGround raises $25M for immersive video avatar technology that doesn’t rely on VR gear by Ingrid Lunden originally published on TechCrunch