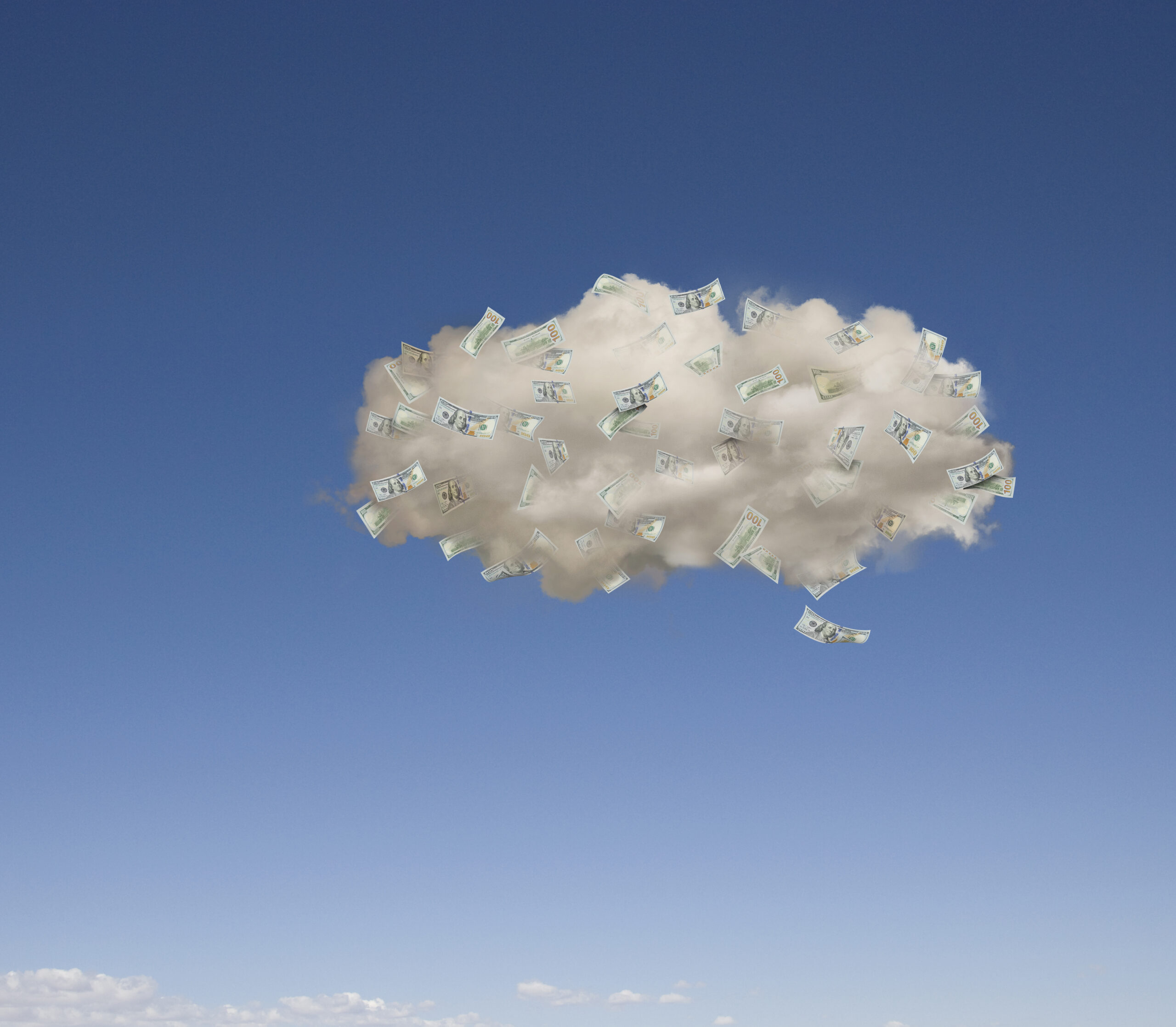 But that sobering fact hasn’t prevented a few entrepreneurs from trying to shake things up. Two at the forefront are David Friend and Jeff Flowers, who co-founded Wasabi, a cloud startup offering services competitive with Amazon’s Simple Storage Service (S3). Wasabi launched just a few years ago, in 2015. But despite that fact and in the face of the intense competition, Wasabi has grown its customer base to more than 40,000 organizations and nabbed eye-catchingly large funding tranches — most recently $250 million in a Series D round that closed this morning. The Series D — which is part equity ($125 million), part debt ($125 million) — brings Wasabi’s total raised to $495 million and values the company at more than $1.1 billion. L2 Point Management led with participation from Cedar Pine and return investors Fidelity Management & Research Company and Forestay Capital. In an interview with TechCrunch, Friend said that the new equity will help to drive Wasabi’s expansion into additional markets and support existing channel partnerships. As for the debt, he added, it’ll be used to finance equipment and infrastructure in Wasabi’s storage regions while extending the company’s capabilities with industry-specific offerings. “Over the next 10 years or so, most of the world’s data is going to migrate from on-premises storage to the cloud, and we want as much of it as possible to end up in Wasabi,” Friend said. “I think closing a large up round in this environment speaks to the spectacular growth of Wasabi, the magnitude of the cloud storage opportunity and our leadership as the industry’s largest pure-play cloud storage vendor.” Friend and Flowers joined forces in 2015 to start Wasabi, when Friend was still the CEO of cloud backup company Carbonite. Flowers, also previously at Carbonite, had been working with several founding engineers to create Wasabi and eventually convinced Friend to join the effort. From the outset, Friend and Flowers decided to make Wasabi nearly identical to — but in some respects cheaper than — Amazon S3. The platform supports “hot” data (data that’s readily available), active archive “cool” data (data that’s accessed only occasionally) and inactive archive cool data (data that’s retrieved infrequently), with integrations for gateways, apps and third-party platforms. 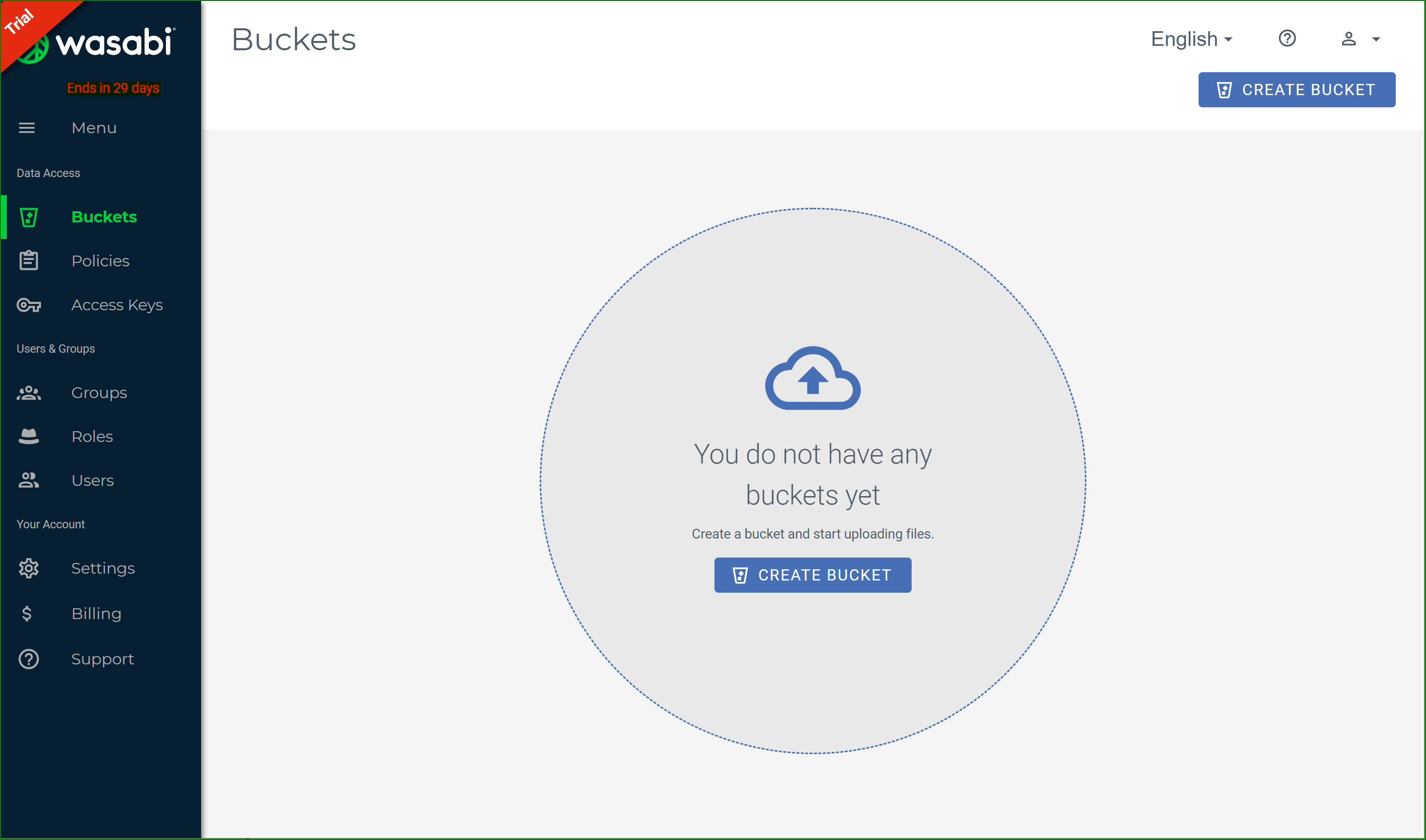 Wasabi’s pay-as-you-go pricing is $5.99 per terabyte per month. The company also offers reserved capacity pricing with a 30-day retention policy that allows customers to purchase 50 terabytes or more for one-, three- or five-year terms. Wasabi, which doesn’t charge fees for egress or API requests, claims its storage fees work out to one-fifth of the cost of Amazon S3’s. But it’s tough to compare the two directly because the pricing structures for Wasabi and Amazon S3 differ. Amazon S3 levies fees on transferring things in and out of storage, while Wasabi charges customers who store files the full amount even if they delete them. Endeavoring to better position itself against S3, Wasabi over the past year has added storage regions in London, Paris, Frankfurt, Toronto, Osaka, Sydney and Singapore — bringing its total number to 13 and inching toward Amazon S3’s roughly two dozen. Wasabi also introduced an object lock feature to provide immutable storage for protection against ransomware, human error and other types of data loss. “[The new regions] helps us optimize our performance for customers and channel partners internationally who are dealing with specific concerns like data sovereignty and thus need their data to be stored close by. Having multiple data centers around the world also means that our customers experience very little latency,” Friend said. “We’ve grown headcount and our partner network to support our presence in these regions.” On the customer acquisition front, Wasabi now has clients across more than 100 countries, according to Friend, including from higher education, media and entertainment, data protection and disaster recovery and the public sector. Friend says that Wasabi poured outsourced resources into winning over professional sports organizations this year — an effort that seemingly paid dividends. The company recently landed contracts with the Boston Red Sox, Boston Bruins and Liverpool Football Club. Brian Shield, CTO of the Boston Red Sox, said that Wasabi’s service made sense for the data work that the organization’s executing. “As our data needs continue to evolve, from player analytics, internet of things, digital assets and even security, this presents an enormous learning opportunity for the organization,” he added in a statement. “Wasabi provides a cost-effective cloud-based solution that enables us to retrieve content quickly and improve the level of video analysis and production we do here at the Red Sox.” Continued Friend: “It’s lucky that we’re in the data storage business. The adoption of cloud storage skyrocketed during the pandemic, fueled by the rise of remote and hybrid work. Cloud storage is no longer a nice-to-have, it’s a necessity — everyone has data, they have more of it every year and it needs to be stored somewhere.” That statement isn’t necessarily hyperbolic. According to Statista, 60% of all corporate data is now stored in the cloud. That’s up from 30% in 2015, the year the analytics firm began tracking the trend. When asked about economic headwinds and competition from startups like Cohesity, Datrium, Reduxio and Rubrik, Friend asserted that Wasabi’s pricing model remains highly attractive for the clientele it’s after. That remains to be seen. But with Wasabi’s revenue doubling from 2020 to 2021, the startup’s evidently doing something right. “Often users can store their data in Wasabi for less than just the maintenance costs alone of on-premises storage hardware … Moving data storage to Wasabi means that data storage becomes an operational expense rather than a capital expense — often a significant advantage for enterprise customers,” Friend said. “While many other tech companies have seen big drop-offs in business, our growth continues at a very robust level.” Friend didn’t commit to firm hiring plans when asked, but he said that he expects Wasabi’s 250-person headcount to “grow as [the company] expands into additional vertical markets and geographies.” Cloud storage startup Wasabi raises $250M to reach unicorn status by Kyle Wiggers originally published on TechCrunch