Climate tech roundup: From solar to CES, this week had something for everyone 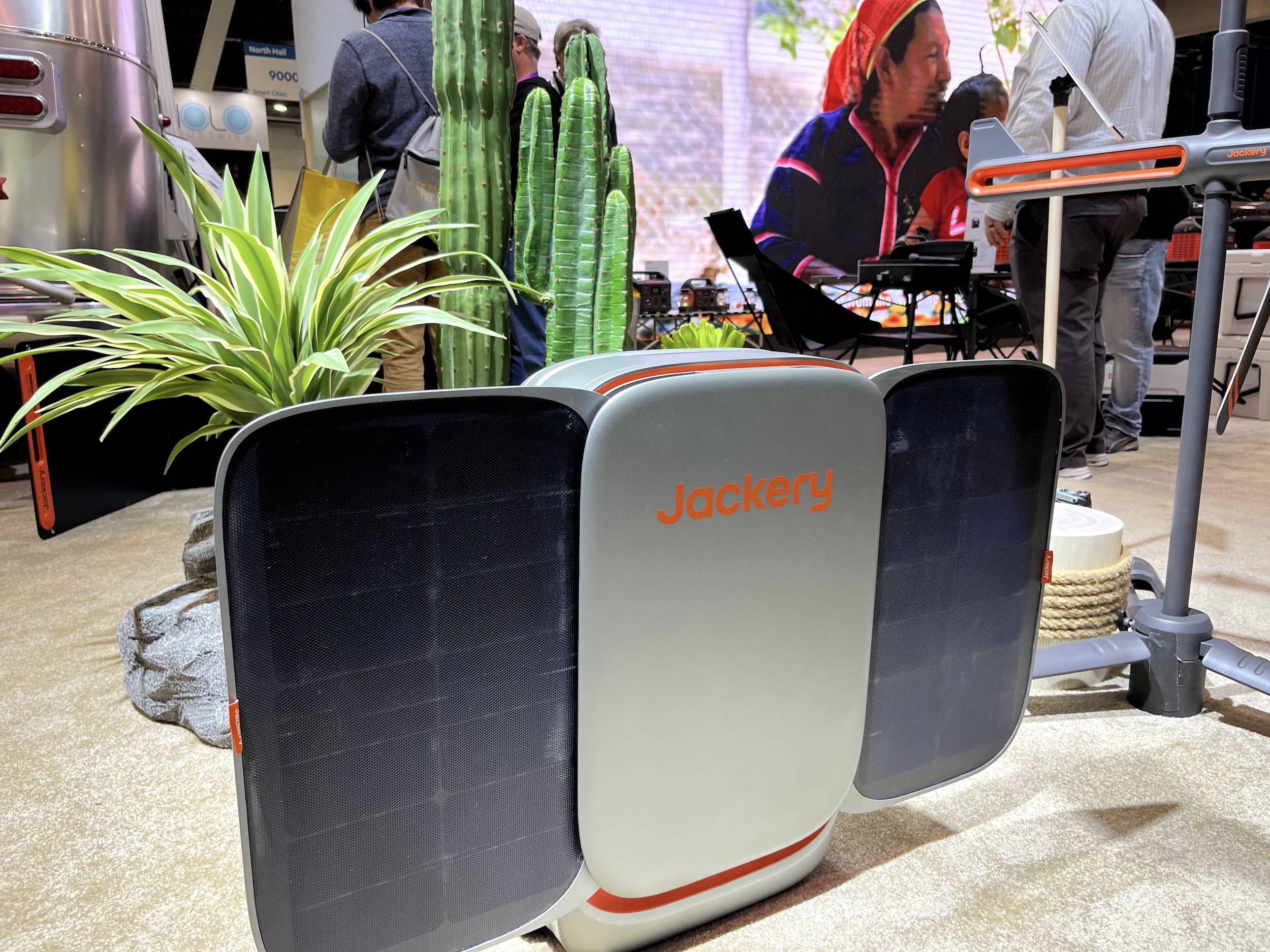 US solar manufacturing gets boost with $2.5B Georgia deal

GettyImages-1232671596-1 Last year was chock full of battery manufacturers and automakers announcing one gigafactory after another. If this week’s announcement is anything to go by, 2023 might be the year the U.S. solar industry ramps up in a serious way. On Wednesday, Hanwha Qcells, a major Korean manufacturer, announced that it would spend $2.5 billion in Georgia to expand an existing factory and build an entirely new campus that would handle nearly everything in the solar panel supply chain, from silicon ingots to finished panels. The move was spurred by the Inflation Reduction Act, which offers investment and production tax credits that should help cover about half the cost of a finished panel, helping to erase some of China’s cost advantage. This isn’t the first time the U.S. has attempted to bolster homegrown solar. But unlike a decade ago, when dozens of companies went bust because of slack demand, cheap Chinese panels and the Great Recession, this time might be different. Full TechCrunch+ articles are only available to members. Use discount code TCPLUSROUNDUP to save 20% off a one- or two-year subscription.

IMG_0196-1 TechCrunch’s Harri Weber made the trek to CES this year, and she saw plenty of climate tech at the massive trade show, which has expanded well beyond VR headsets and home automation (though that’s still there, too.) From smart hoses and sprinklers to minimize water use to home energy systems, there was plenty to be optimistic about — though there was still some AstroTurf, too, both on the show floor and in what was being hawked in the booths.

IMG_0118_2-1 Plant-based meat has had a rough few months, with industry leaders getting hammered in the markets. But not everyone is bearish on the sector. Project Eaden showed why this week, adding €2.1 million in funding to an existing seed round. The Berlin-based startup uses plant-based protein fibers to spin cuts of alternative meat that have a texture that’s much closer to the real thing. Project Eaden has just over €10 million in funding to refine its technology, and it’s planning on future rounds to build a production-scale plant.

Climate benefits of killing gas stoves aren’t what you think, but the health benefits are

GettyImages-95836681-1 It’s no secret that gas stoves are terrible for your health — asthma rates in households that have gas stoves are significantly higher than those without. They’re also not great for the climate. Even though their emissions footprint is small, they let aging gas utilities keep their feet in the door, making it easier for homeowners to keep their fossil fuel systems running long after they should. But why are we talking about gas stoves this week? U.S. Consumer Product Safety Commission Rich Trumka Jr. made a comment about how they’re a “hidden hazard” and that “any option is on the table” if the industry couldn’t figure out how to clean up its act. Well, that brought the wolves out. Right-wing politicians latched onto Trumka’s statement, hoping to create a new flashpoint in the ongoing culture wars. That might backfire, though, as gas-owning, induction-curious consumers start looking into the matter themselves.

John Deere will let farmers repair their own equipment

r4e037390_rrd_02-1 The right-to-repair movement got a shot in the arm this week when John Deere signed a memorandum of understanding with the American Farm Bureau Federation that would grant access to tools and repair information needed by farmers and other operators to fix the company’s increasingly complex equipment without going through the manufacturer. For farmers and independent repair shops, it’s not a perfect deal, however, because Deere said it would still withhold “trade secrets, proprietary or confidential information.” But given that Deere has long pushed back against right-to-repair requests, this is likely welcome news for farmers, operators and independent shops. And it’ll likely help keep well-functioning equipment in the fields longer.

A big CES 2023 trend: All battery power, everywhere, all the time

20230105-IMG_2455-2 It’s happening: Batteries are taking over. I’ve long anticipated that the sheer amount of R&D and manufacturing capacity wrought by the shift to electric vehicles would spill over to transform myriad other sectors. If this year’s CES is anything to go by, we’ve reached an inflection point. TechCrunch’s Haje Jan Kamps was bowled over by the number and diversity of battery-based home power solutions at the show this year. Many were stackable. One could be wheeled around your house like a 100-pound wagon. Another carried like a milk crate. And yet another ties into a whole-home system that includes a solar inverter, smart circuit panel, EV chargers and more. If you don’t have a battery in your home yet, you might in the next five years if this CES was anything to go by. Climate tech roundup: From solar to CES, this week had something for everyone by Tim De Chant originally published on TechCrunch