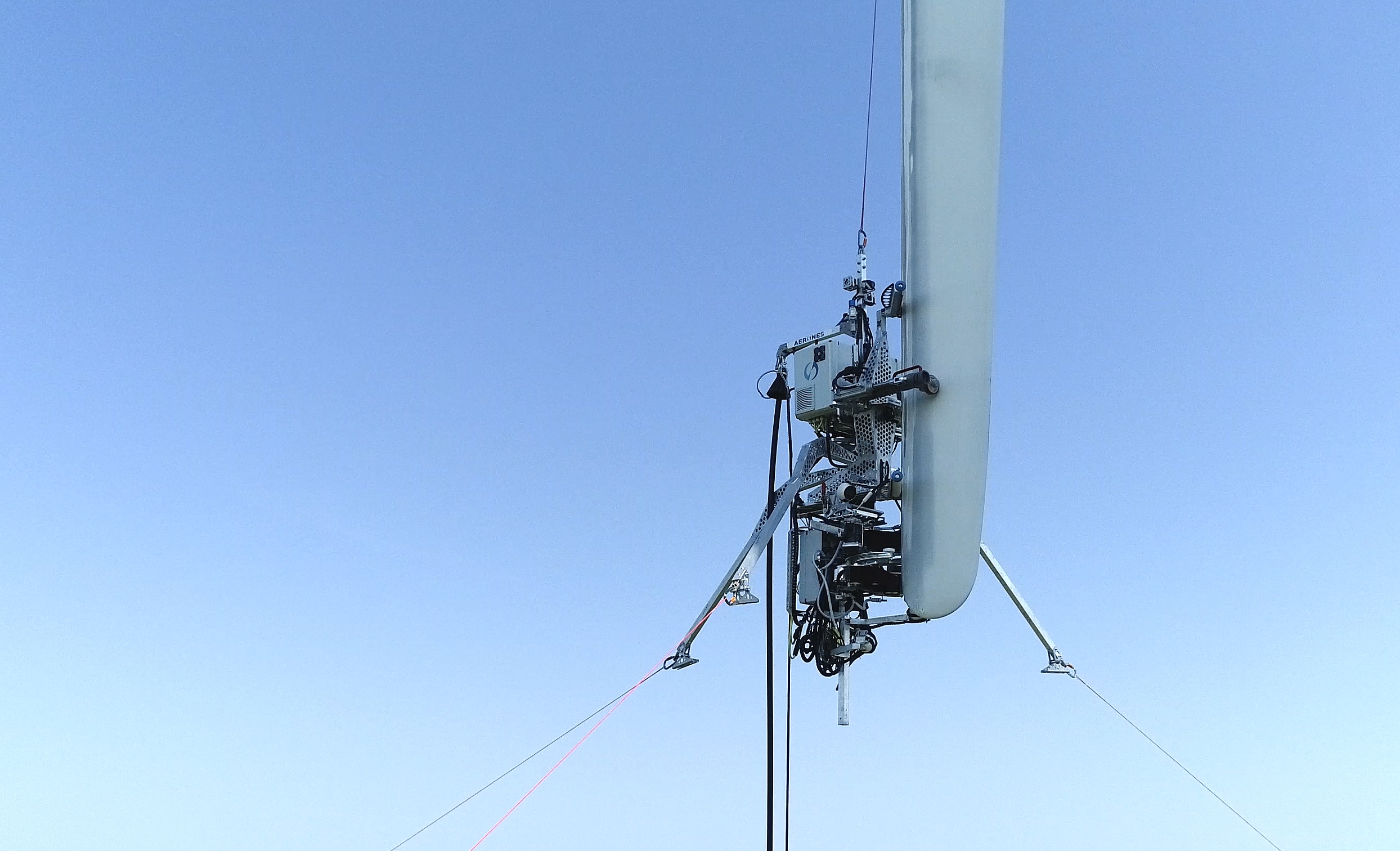 Wind turbines produce clean energy, but their towers tend to leak oil, which can corrode blades, increase wind resistance and pollute the ground below. Aerones’ remote-operated robots clean towers and blades by blasting them with a liquid detergent, while funnels beneath the blades collect the mucked-up liquid for reuse. The robots also inspect turbine systems with cameras and ultrasound scanners. Aerones’ site says the company has cleaned more than 5,000 turbines to date across 19 countries. For context, there are more than 72,000 wind turbines in the U.S. alone. In 2021, turbines generated around 9% of all electricity in the states. Backed by Y-Combinator and hailing from Latvia, Aerones aims to raise at least $2.5 million more, according to a filing with the Securities and Exchange Commission. The startup did not immediately respond to a request for more details on the round. In April, Aerones tucked in $9 million in seed funding from France’s Future Positive Capital and Estonia-based Change Ventures. At the time, co-founder Dainis Kruze said the firm was “rapidly scaling up operations” and already working with 9 out of 10 of the biggest firms in the industry, including GE. Clean energy: Scrubbing wind turbines with robots nets Aerones $39M by Harri Weber originally published on TechCrunch