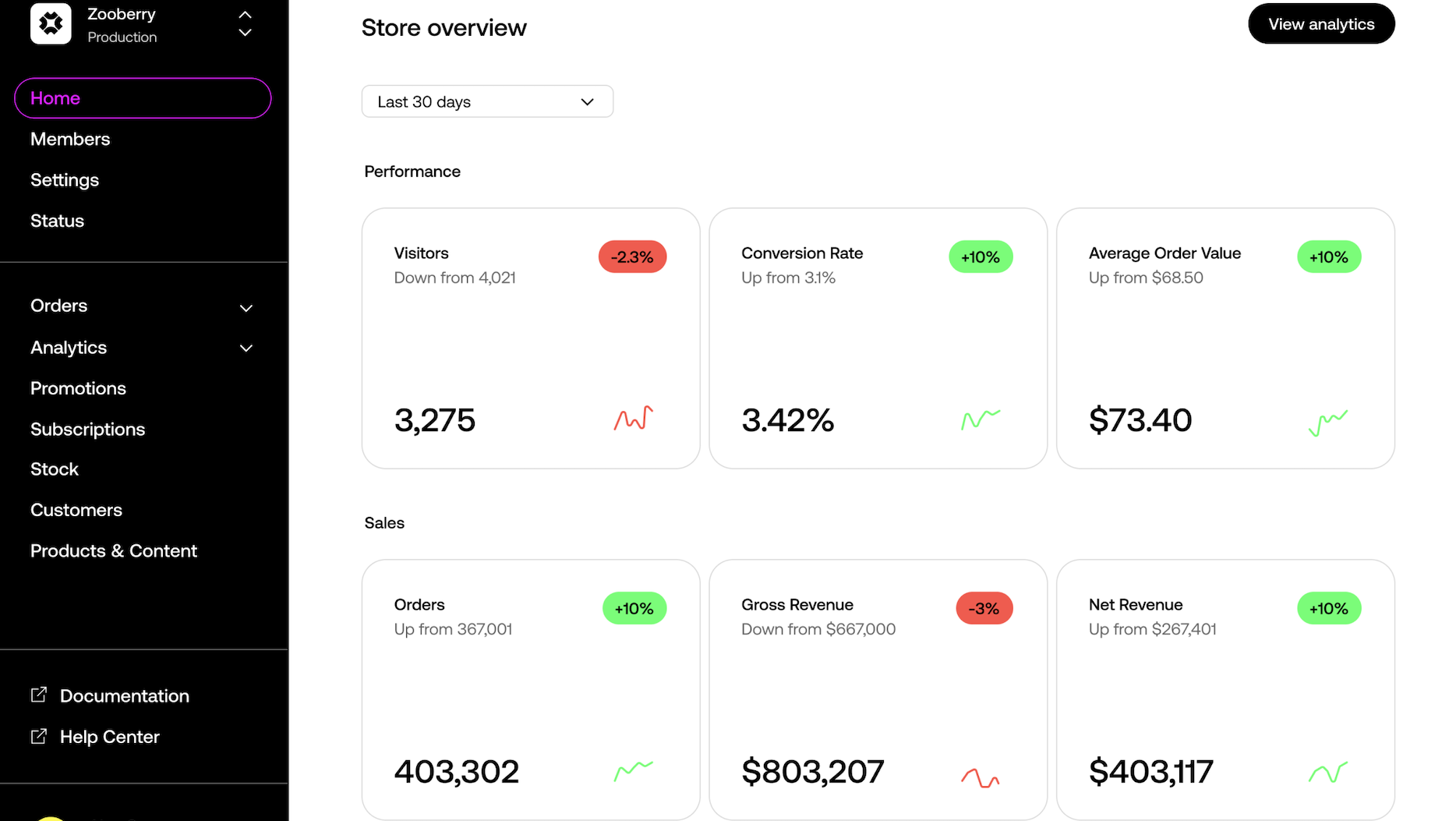 During this time, commerce companies, both brick-and-mortar and online, were looking to technology to get their companies up-and-running, but were finding it a bit tough with the absence of a big developer team to manage deployment. Bryan Mahoney and Henry Davis, both former Glossier executives, saw the writing on the wall in 2020 and started Arfa, which is now Chord, a platform as a service, to provide commerce infrastructure software that gives brands and startups sophisticated technology and data without the requirement of a huge technology team. We profiled the company in 2021 when it raised an $18 million Series A round. They found that not all commerce companies were ready, willing and able to invest in technology. However, as spending in places like Facebook and Google became more expensive and it was harder to acquire customers, companies started to see how data and technology could work in their favor. “Companies are realizing they don’t have to be technology companies,” CEO Mahoney told TechCrunch. “We talk an awful lot in the industry about headwinds, and those headwinds to some extent are accelerants pushing these brands a little bit closer to the core, but making them realize that the solutions they’ve had, or the reluctance to spend on technology, is not going to work.” Chord has 21 customers signed onto its platform, including Blue Bottle Coffee, Caraway, Loverboy and Joopiter. Meanwhile, Mahoney said December was the company’s busiest month so far, and year over year revenue growth was an increase of 360%. For the past 18 months many of the customers were asking to see how their data could be used in more predictive capabilities. To do that, Chord is back with a $15 million Series A extension co-led by new investor Bright Pixel Capital and existing investor Eclipse. New investors in the round include GC1 Ventures, TechNexus Venture Collaborative and Anti Fund VC joining existing investors Imaginary Ventures, Foundation Capital and White Star Capital. The new funding enabled Chord to build on its leadership team to add former Mailchimp chief data science officer David Dewey as new chief technology officer; Susie Korb as vice president of finance, a similar role she held at Toast; and Jamie Deveney, vice president of data, who was previously in the same role at Imperfect Foods. In addition, Mahoney intends to deploy the new funds into data capability expansion, marketing, product development to support larger customers and its machine learning-powered data infrastructure that provides brands with a look at how key customer metrics will change over time. In total, Chord raised $33 million. Mahoney did not disclose the company’s valuation, but did say “it’s in line with current multiples in the market.” Technically the company should have looked at raising a classic Series B, but Chord wasn’t quite there yet, Mahoney admits. Proving that sometimes the grass isn’t always greener on the other side, he explained that the company’s initial investment came with a big valuation, which put pressure on the company to grow into it, even with no customers and no revenue at the time. When Mahoney and Davis reached out to investors last summer, they took that past pressure into account, and as they spoke with investors, realized that they were actually in between a Series A and B, but didn’t want to push themselves in another “grow into the valuation” situation. “We said let’s be really honest about what is going on in the market, and let’s be honest about where we are,” Mahoney said. “We are still a Series A company, but having really good traction is the time to get the fundraising going regardless of how we finally reach out to the investors.” Chord connects new funding to predictive commerce metrics so brands can grow by Christine Hall originally published on TechCrunch