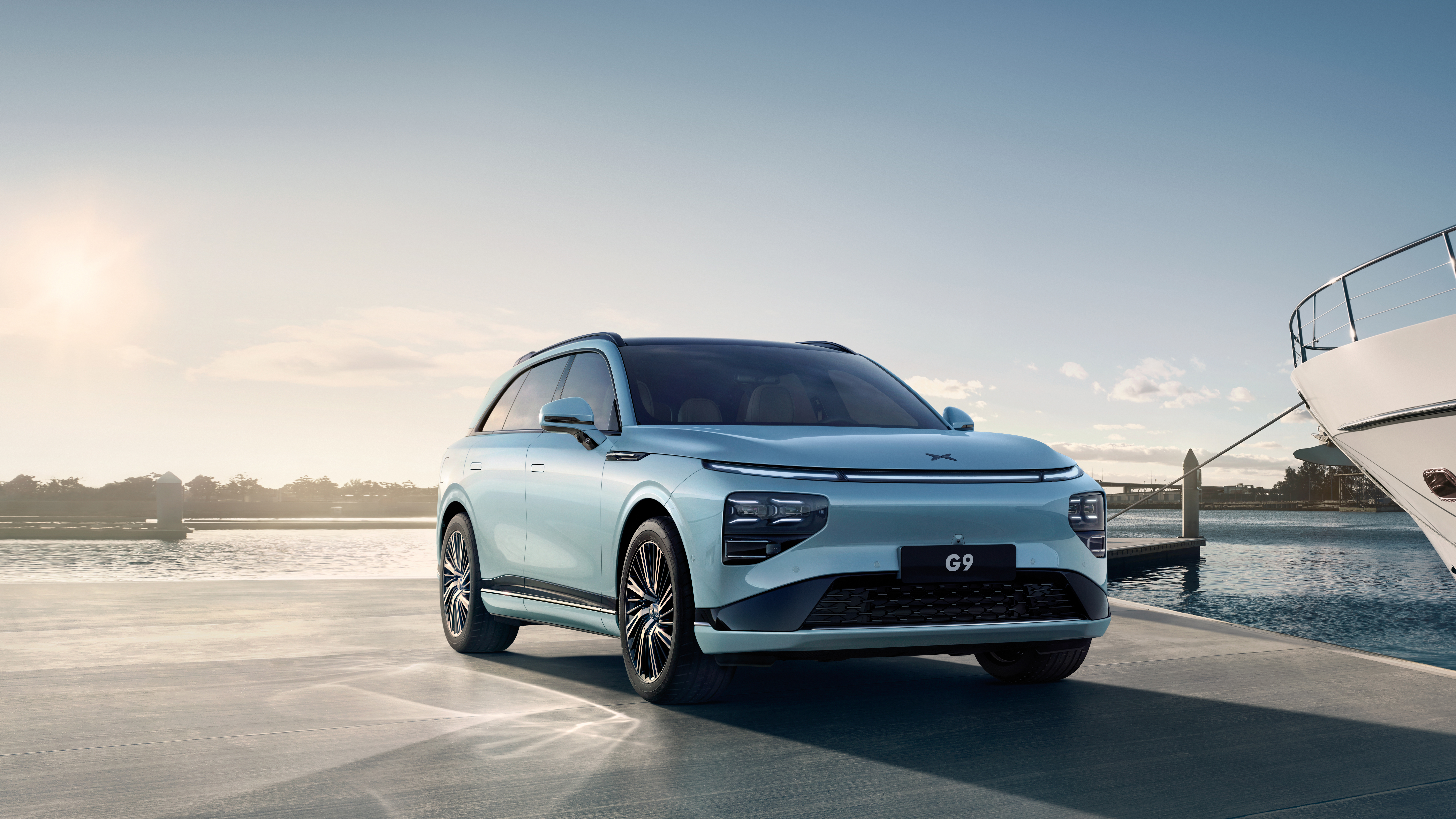 The automaker says the G9 will come with an advanced driver assistance system (ADAS) that eventually will cover both city and highway driving scenarios. “We believe [the G9] will become the new benchmark for smart EVs, representing the last step before the realization of truly autonomous vehicles,” said He Xiaopeng, CEO and chairman of Xpeng, during G9’s online launch event. The G9 reveal comes the same week Xpeng launched its much anticipated City Navigation Guided Pilot (NGP) on its X5 family sedan. The ADAS, which is comparable to Tesla’s branded Full Self-Driving software, is first being piloted in Guangzhou, where it will first become available to G9 buyers. The G9 SUV will come in three series — each with a different driving range — for a total of six configurations. Estimated driving ranges of 570 kilometers (354 miles),650 km (404 miles) or 702 km (436 miles) is dependent on the variant. The smart luxury car will set buyers back anywhere from 309,900 to 469,900 RMB (~$44,000 to $66,660) depending on the model. First deliveries are scheduled for October, the company said.

Xpeng’s first generation ADAS, Xpilot, will come standard on the mid-tier G9 models. Xpilot includes certain functions like valet parking assist and Highway NGP, which enables navigation-assisted automatic driving from point A to point B on highways. City NGP, which was just launched in Guangzhou and will continue to scale at a rate of one city per month, can perform tasks like taking left or right turns, navigating through intersections, and avoiding pedestrians, cyclists and construction. The highest end versions of the G9 will come standard with Nvidia’s Drive Orin chips and rely on 31 sensors, including a front-view camera and dual lidar sensors. These will enable drivers to purchase Xpeng’s second generation “full-scenario” ADAS, dubbed XNGP, for RMB 28,000 (~$4,000). Xpeng said XNGP will be capable of tackling multiple driving scenarios without needing to solely rely on high precision maps by 2023, when it will be available in most Chinese cities. As with Tesla’s ADAS, drivers are required by law to stay alert when the car is in autonomous mode in case they need to take over the vehicle.

A faster charge for a faster car

The G9’s new powertrain system allows the four-wheel drive version of the G9 to produce 551 horsepower, 717 Nm (or about 528 pound-feet) of torque and to travel from 0 to 60 mph in 3.9 seconds. The SUV can stop just as fast, coming to a complete stop from 60 mph in under 114 feet. Xpeng said that thanks to a new 800-volt electrical architecture system, the G9 is also able to charge faster — from 10% to 80% in as little as 15 minutes on certain versions — on the automaker’s growing network of 480 kw supercharging stations. The company, which has 1,000 charging locations throughout China, is aggressively adding more. The company said it aims to add another 500 supercharging stations by 2023 and have a total of 2,000 sites across the country by 2025.

3 The G9 boasts a new voice assistance system powered by Multiple Input Multiple Output technology, meaning it can respond to commands from all four areas of the cabin within milliseconds. The SUV comes with Xpeng’s new interactive 3D user interface, which includes a 3D map that renders the vehicle’s surroundings in real time. The luxury SUV will also include Xopera, Xpeng’s multimedia system which comes with a total of 28 speakers and vibration units that produce an output of 2250 W. For an immersive experience, Xopera uses Dolby Atmos technology to add on seat vibrations, changes to ambient lighting and fragrances that are customized to the film you’re watching, the music you’re listening to or the general vibe you want to create. Chinese EV startup Xpeng says its new G9 SUV is ‘last step’ before autonomous vehicles by Rebecca Bellan originally published on TechCrunch