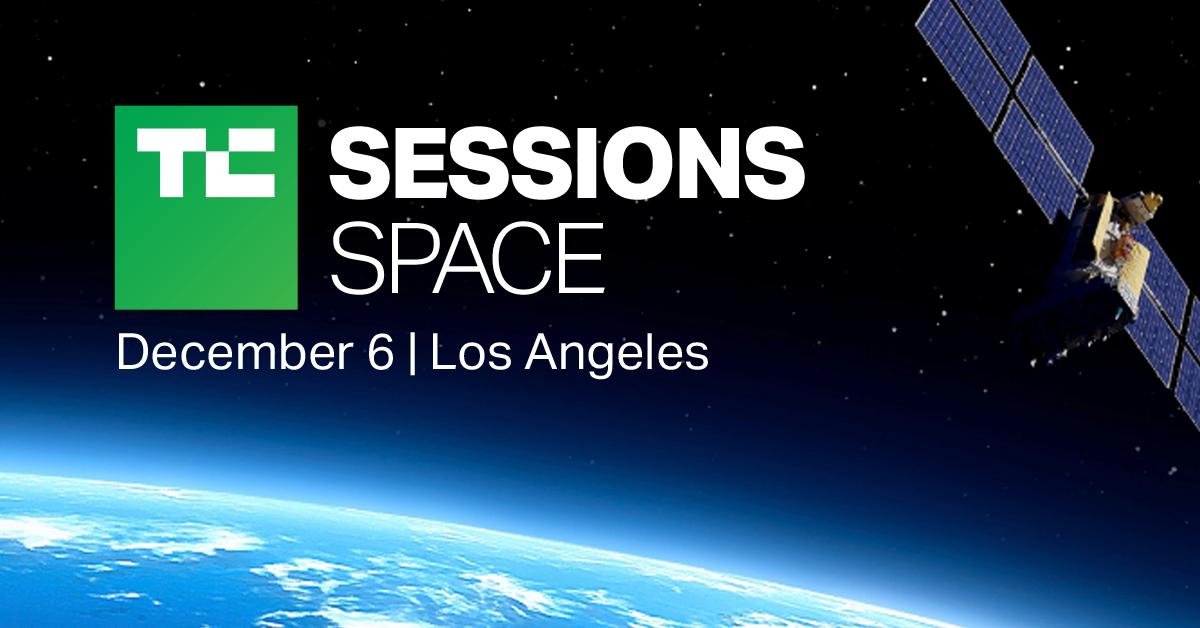 Ticket to the flight deck: Buy your pass and explore the expanding opportunities in space. You’ll hear insights from top founders, investors, key military figures, government officials and execs from established space technology companies. They’ll cover topics ranging from crewed space travel and exploration to revolutions in communications, Earth observation data, manufacturing in space and the role space will play during global conflict. The event agenda is packed, so we’re going to point out just a few of tomorrow’s highlights to help you make the most of your time. Don’t worry about schedule conflicts — your pass includes video-on-demand access when the event ends. Okay, let’s take a look at what’s happening tomorrow at TC Sessions: Space. Backing Big Bets in Uncertain Times With VC spend cooling in general, and particularly when it comes to space-related startups, what are the current priorities of investors who have backed space startups in the past? If we’re settling in for a relatively long economic downturn, what should startups expect from private space capital looking ahead to 2023? With Jory Bell (Playground Global), Mark Boggett (Seraphim Space) and Emily Henriksson (Root Ventures). Space Workforce 2030: Inspiring, Preparing and Employing the Next Generation The dawning space age offers enormous opportunities to explore new frontiers, grow the economy on orbit and strengthen our security. Making the most of this momentous time calls for an innovative workforce that can leverage diverse experiences and perspectives to solve the hard problems we’ll encounter. The Space Workforce 2030 pledge is a first-of-its-kind effort launched earlier this year that is bringing together more than 30 of the country’s leading space companies to work collaboratively to increase diversity across our industry to build a vibrant workforce for the future. Hear from Michael Edmonds (Blue Origin), Steve Isakowitz (Aerospace Corporation) and Melanie Stricklan (Slingshot Aerospace) about the work they’re doing to inspire, prepare and employ the next generation of scientists and engineers and how you can play a part in supporting this vital mission. Sponsored by the Aerospace Corporation. Going Fast in Space Acquisition The commercial space sector has succeeded in driving down the cost of space-based technology while massively increasing its capabilities. The U.S. defense apparatus has traditionally favored legacy industry partners, but it’s shown a growing interest in turning to startups and new space companies to secure the space domain for the U.S. and its allies. We’ll hear why and how from Frank Calvelli, the Assistant Secretary of the Air Force for Space Acquisitions and Integration. Asking and Answering Humanity’s Biggest Questions After six years heading up NASA’s Science Mission Directorate, Thomas Zurbuchen is a familiar face to anyone who has followed the agency’s many interplanetary and orbital missions. Now ready to move on to his next chapter, Zurbuchen will speak to how NASA, its mission, and the science it performs are changing — and why it’s more important than ever. That should be enough to initiate your launch sequence, and of course there’s so much more waiting for you at TC Sessions: Space. Don’t have a pass yet? Buy one now, and we’ll see you tomorrow! Check out what’s happening tomorrow at TC Sessions: Space by Lauren Simonds originally published on TechCrunch