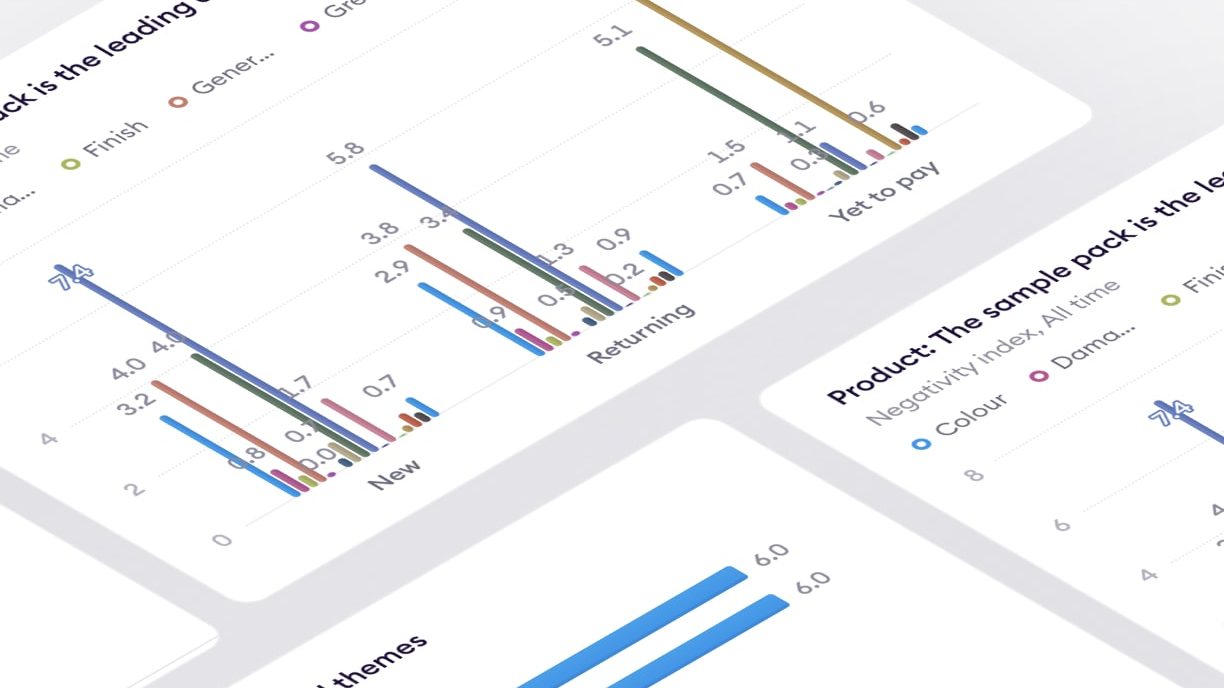 Founded out of London in 2015, companies such as Uber and Amazon use Chattermill to unify all their customer data, integrating with social networks, customer feedback and support tools, online review sites, and more to establish a “single source of customer truth,” as the company puts it. Meshing the data is only part of Chattermill’s promise, though. Given the typically unstructured nature of customer feedback and conversations, Chattermill has developed its own deep learning models for extracting meaningful insights fro the aggregated data. This could mean identifying ways to improve the overall customer experience, spotting relatively minor issues before they snowball, and tracking the efficacy of new initiatives that were designed specifically to improve customers’ experience. “The models are trained by learning to replicate how an expert would analyse this data,” Chattermill cofounder and CEO Mikhail Dubov explained to TechCrunch. “The models get smarter over time by reusing knowledge from millions of data points we have already analysed as well as from architectural improvements.” Overview-e1670274910672 Chattermill can be compared to various other experience management platforms out there, such as publicly traded Qualtrics and Thoma Bravo-owned Medallia, as well as younger venture-backed startups such as Wonderflow. While there are clear similarities, Dubov reckons one key trump card it has over the competition lies in the “quality of insights extracted” via its machine learning smarts. “Where most companies use keyword or keyphrase approaches, Chattermill looks at meaningful concepts in the data,” he said. “This delivers robust categories customers can trust.” Chattermill last raised external funding via its $8 million Series A round almost three years ago, and with another $26 million in the bank, the company said that it plans to double down on its expansion across Europe and the U.S. “Businesses understand that they need to improve customer experience to win, but [they] need help finding exactly what they need to work on and how to prioritise thousands of different initiatives,” Dubov said. Chattermill’s Series B round was led by Beringea, with participation from Runa Capital, DN Capital, Ventech, Btov, SVB, and Blossom Street Ventures. Chattermill, which uses AI to extract insights from customer experience data, raises $26M by Paul Sawers originally published on TechCrunch