CES 2023: Volkswagen is making a light-up EV with QR codes on it 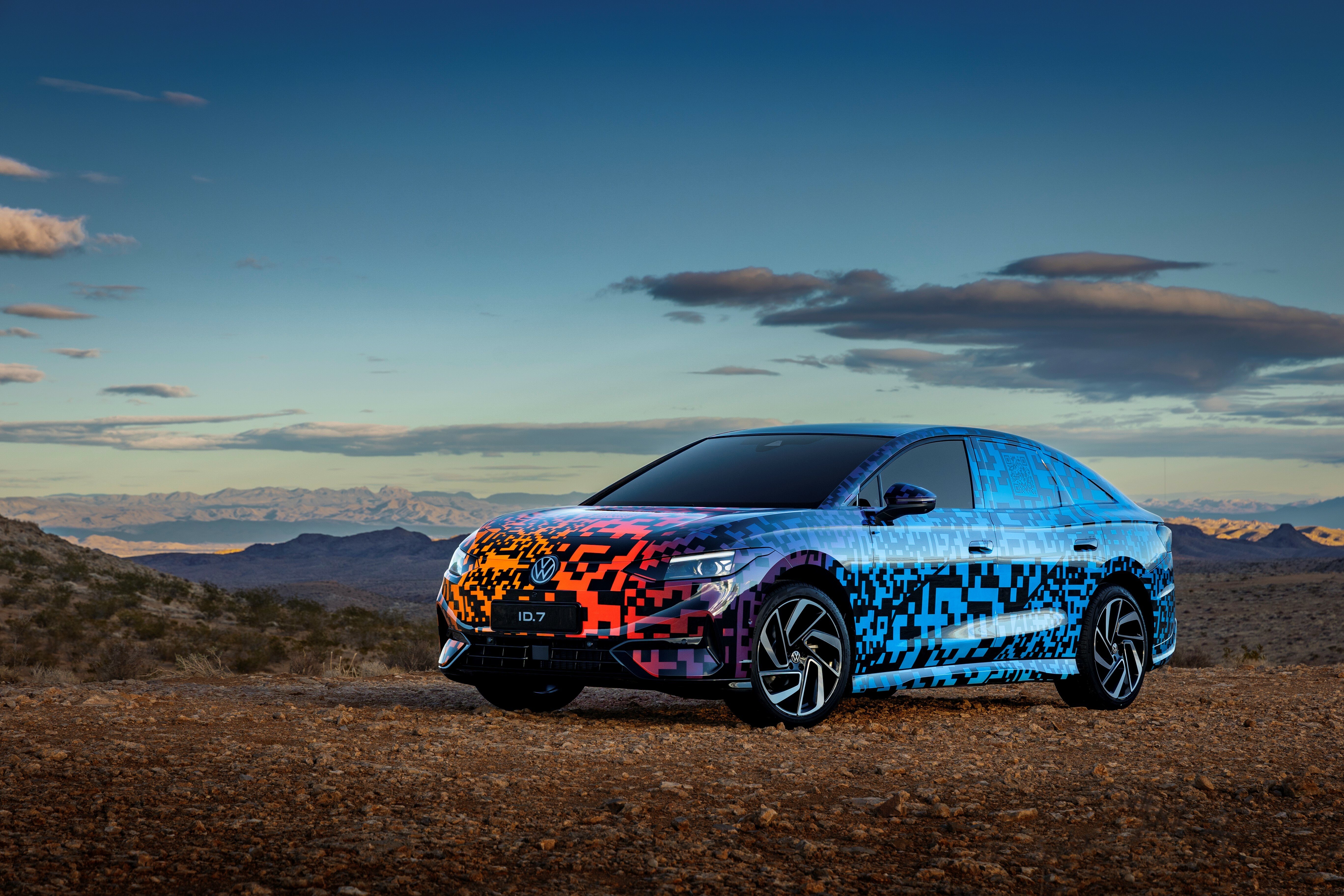 Volkswagen’s new electric sedan is sure to turn some heads as you drive it around town. It’ll do the same for anyone inside the car, too.The VW ID.7 (catchy name) is a new EV from the German automaker with some seriously fascinating bells and whistles. First and foremost is how it looks: a multi-colored digital camouflage pattern envelops the car while a QR code sits on the hood and both rear passenger windows. What do the QR codes do, exactly? According to VW’s press release, they “provide an interface between the physical and digital worlds.” OK, then! More importantly, the car’s exterior features 22 distinct segments that can be individually lit up, so the car can effectively glow in the dark. You can apparently even connect it to a sound system and have the car light up rhythmically to whatever song you’re listening to. images-1.fill_.size_2000x1127.v1672783809 The fun doesn’t stop with the exterior, though. Get inside the ID.7 and you’ll find an augmented reality HUD on the windshield and a big 15-inch touchscreen for controlling various aspects of the interior, à la Tesla. The air vents are controlled digitally and they can direct air directly to a passenger or indirectly to parts of the car. You can even save air vent profiles for individual users.As for other climate control odds and ends, the ID.7 can automatically detect when you’re approaching with the keys and start automatically cooling or warming itself before you get in. Oh, the steering wheel is heated, too. It’s all very futuristic even if the light-up functions and digital camo aesthetic are a little silly. But it wouldn’t be CES without some truly off-the-wall concept cars.