CES 2023: This AI headband is designed to literally talk you into better sleep 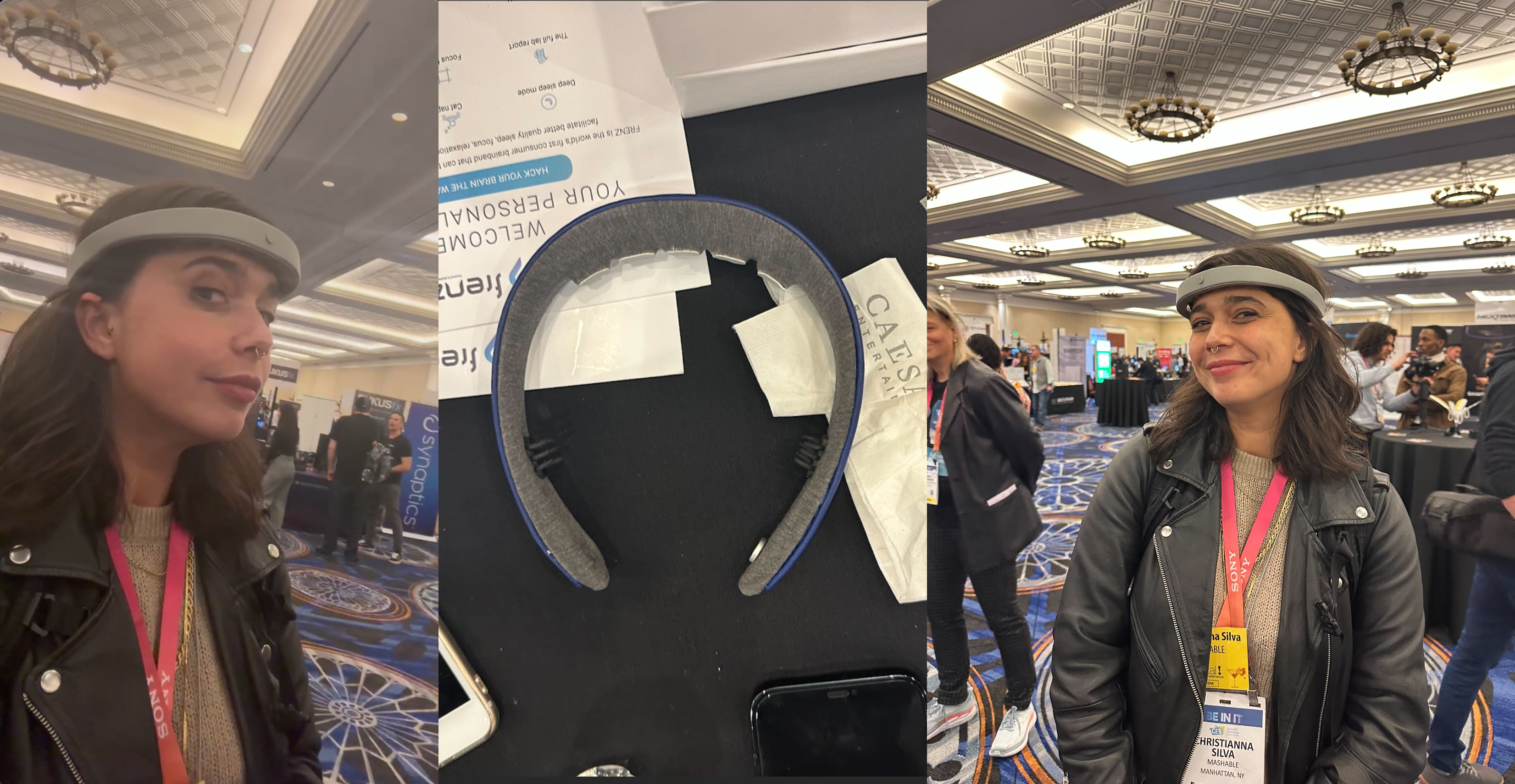 Geordi in Star Trek wears a VISOR, an arc-shaped gadget across his eyes and temples, that provides him with vision. Tam Vu, the founder and CEO of Frenz, wears his brainband — a gadget that looks an awful lot like the VISOR — across his forehead to help him sleep at night and focus during the day. The future is here.The Frenz brainband talks to you as you fall asleep, and not in an annoying way, Vu told Mashable at CES 2023. It connects to your phone and then uses artificial intelligence to curate audio from its library of cognitive behavioral therapies and other soothing sounds to help you fall asleep faster. So it might encourage you to imagine you’re on a beach, listening to the waves crash down. If that freaks you out, Frenz knows, because it is continuously monitoring your heart rate and brain activity — and it will adapt its language and recordings until you’re snoozing. Once you’re asleep, the sounds stop, but the machine still gathers information on you, Vu says.images-1.fill_.size_2000x1171.v1672898786 The device is surprisingly comfortable — easily better than the dozen-or-so heatless curlers I’ve attempted to sleep in. The noise reaches your brain through bone-conduction speakers that look a lot like a tiny plastic sea anemone. That little sea creature can work as an alarm clock as well. During the day, the Frenz brainband is useful, too, by using the same tech that helps you fall asleep to keep you focused at work. It collects all of that data and uses it to give you feedback on your sleep and focus, like what time your attention falters the most or suggestions for falling asleep faster. Even though it’s intended to be useful 24/7, you can’t keep it on all the time. The battery lasts about five hours if you’re listening to sounds constantly, but 12 hours if you’re only using it for brain tracking, like when you’re trying to fall asleep. But, Vu said, it only takes about 45 minutes to bring it back to a full charge.The Frenz brainband will go on sale soon for $490 — but if you pre-order it, you can bring that price down a few hundred bucks.