CES 2023: The future of Metaverse and VR depends on these glasses-free 3D displays 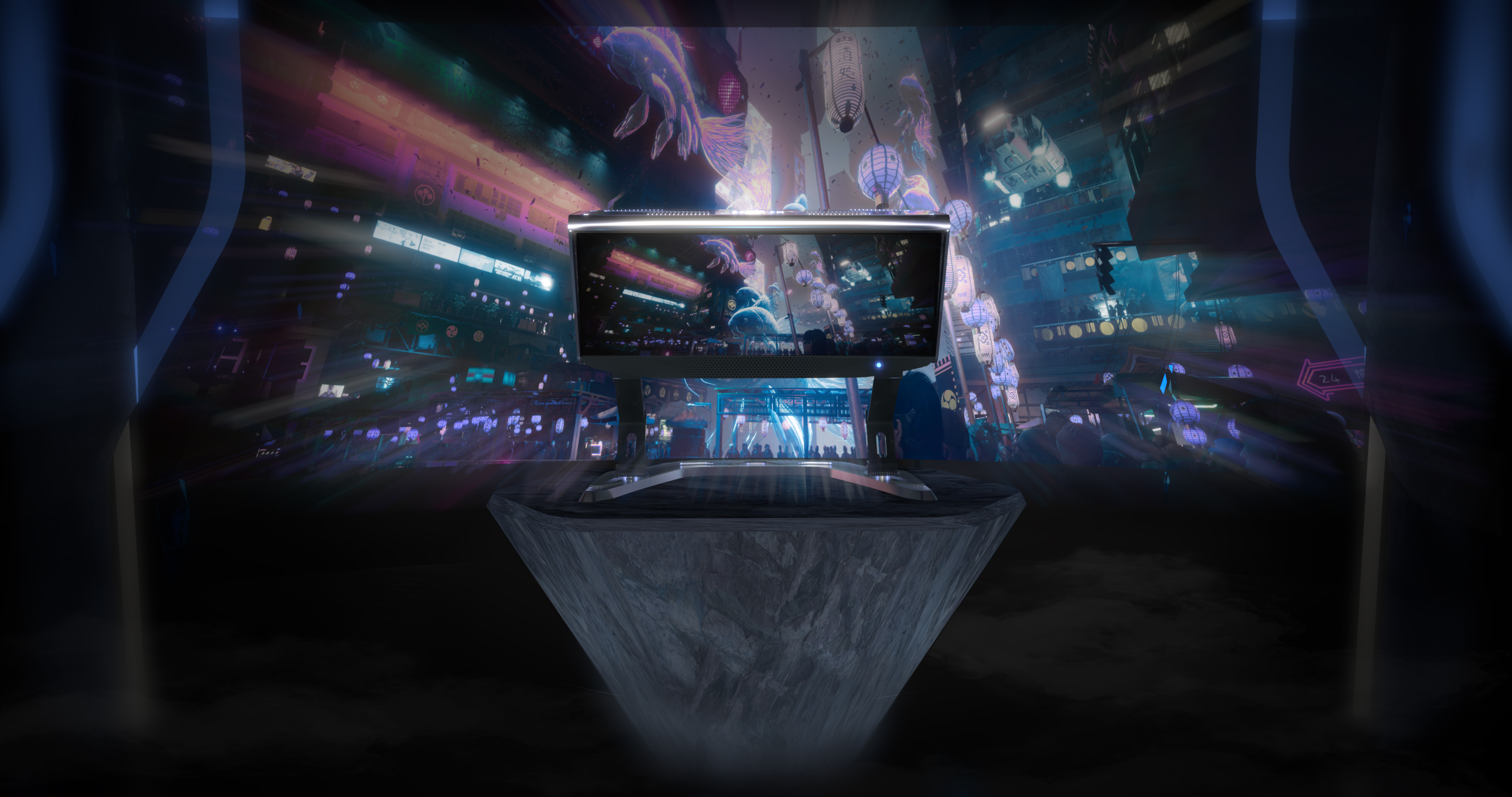 Metaverse. Metaverse. Metaverse. It seems like half of the companies at CES this year were all glomming onto the buzzword that is Metaverse. And along with the metaverse, virtual reality was all the rage at CES this year too. There were countless prototypes for wearables that latch onto your face and immerse you into virtual worlds where you can see, feel, and in some cases even smell your cyber surroundings.While the Metaverse was being presented as the next big thing in tech at CES, yet another virtual reality technology at the show seemed like the real revolutionary immersive 3D technology: Glasses-free 3D monitors and TVs. That’s right, 3D screens that did not require 3D glasses — and the visuals looked incredible. In fact, it seemed obvious that for Metaverse and VR to actually become common, everyday-use technology like so many companies hope, they need glasses-free 3D monitors and TVs to succeed.images-2.fill_.size_2000x1492.v1673229509 Brelyon was one company I came across at CES in this space. An MIT spin-off, Breylon makes headset-free virtual displays and was at the event showing off a prototype for its new VR screen. This prototype has a rounded shape like a VR headset, but you don’t actually wear it. It’s way too big to do that anyway — it’s a full-on 8K OLED panoramic desktop monitor. The company calls it the Brelyon Fusion and says it has the world’s largest field of view for an OLED display. And it sure did feel like it when standing in front of the monitor.

So is the Breylon Fusion actually any good?

The Breylon Fusion’s visuals were incredible. The picture was clear and the colors were rich. It looked unlike any 3D visuals I’ve ever seen. Usually, when I watch any 3D movie that requires glasses, the visuals just don’t seem as crisp as in 2D to me. Another issue is I find that I often have to take the glasses off as my eyes start to strain. Sometimes, I’ll even catch myself going cross-eyed. I experienced none of that while viewing these glasses-free 3D screens.And Breylon had other, equally impressive monitors to show off as well. One of its products basically layered visuals on top of each other to create the most real-looking 3D visuals i’ve ever seen. The best way to explain it is to imagine the visuals on the headset display when Tony Stark puts on the Iron Man helmet in the Marvel movies. Now, imagine being able to see those overlays on top of other background visuals — but without the need to wear a helmet or glasses or anything at all.Breylon’s products are not yet available to consumers and as of right now, they are priced in the five-figure range. However, another headset-free 3D monitor I came across from a company called 3D Game Market says they’ll be releasing their consumer monitor, called the 3DGM, in the coming months — and at a price point below $2,000.images-1.fill_.size_2000x1706.v1673229509 The 3DGM is a 32-inch 4K glasses-free 3D desktop monitor that doesn’t even necessarily require that you stand directly in front of the screen. 3D Game Market says the monitor is equipped with AI eye-tracking technology that optimizes the 3D visuals to match where you’re standing. And it looked really good. (It’s important to note here that the way glasses-free 3D display technology works makes it pretty much impossible to capture on camera. So, unfortunately, readers, you won’t be able to experience the 3D visuals in the photos of the displays we’ve included. Hopefully, you’ll have a chance soon to eventually experience it for yourself!)

How do the 3DGM and Breylon 3D displays compare?

One difference between the 3DGM and the Breylon model of devices was that 3DGM felt more like the traditional type of 3D one would experience at 3D movie theaters — just without the glasses, of course. The visuals weren’t as crisp as Breylon’s screens. And looking at the Breylon monitors, it felt like the 3D imagery was created by going deeper and deeper into the screen. At times, I couldn’t tell how close I was to the actual Breylon monitor. The 3DGM, however, felt like the imagery was popping straight out of the screen and coming towards me. This isn’t a knock on 3DGM at all. It’s clear each company is using different methods to create glasses-free 3D TV. Breylon’s version may have a bit more of a wow factor, but unlike Breylon, if 3DGM’s current plans come to fruition the company is going to have its monitor out soon and at a price point that consumers can actually afford.And it’s not only new companies working on glasses-free 3D either. While I didn’t see it, our friends over at PCMag also reported on a new Asus gaming laptop that comes with a headset-free 3D monitor built in.It should be fairly clear why VR and the Metaverse have not yet taken off in the way so many companies have hoped. Facebook’s parent company, Meta, has lost billions focusing on its virtual reality platform — and that’s the company that basically kicked off this whole current Metaverse trend. Right now, it’s hard to imagine people wearing clunky VR glasses and utilizing it as a normal, everyday-use device. Imagine if, instead of having to strap on bulky headgear, users could just plop down in front of their monitor and enter virtual reality Metaverses in the same way they surf every other part of the internet.While in Las Vegas for CES, I came across a storefront that made the whole issue crystal clear. Right there on the Vegas Strip was a business marketing virtual reality experiences to tourists. The marketing visuals showed cartoon imagery of people wearing headsets not unlike Meta’s Quest 2 VR headset. In the year 2023, virtual reality is still, well, very gimmicky. If companies want their immersive virtual worlds to go beyond a mere tourist attraction, then that success depends on 3D displays taking off. Until then, the Metaverse is stuck with the headsets that not too many want to wear.