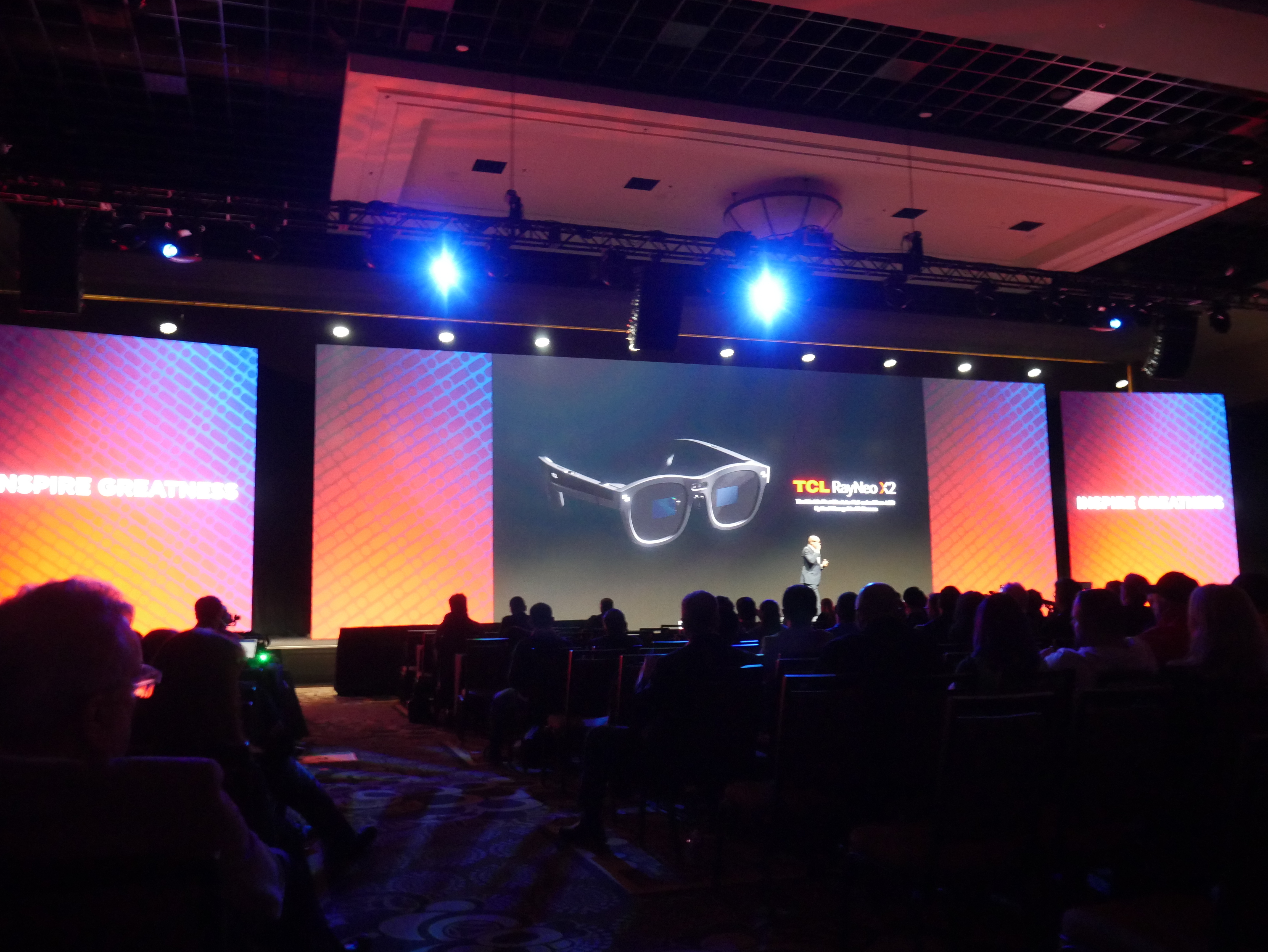 There’s a scene in the telenovela Senhora do Destino in which actress Renata Sorrah, playing Nazaré Tedesco, is surrounded by floating mathematical equations. It has become a meme to depict when you’re confused and, with the new TCL RayNeo X2, it might be the future of how we do math.At CES 2023, TCL — the Chinese-owned company known best for its TVs — introduced the RayNeo X2, a pair of augmented reality smart glasses with thick black rims that are reminiscent of the glasses movie theaters gave out in the early aughts for 3D movies. These glasses can do a whole lot more than those could, though.The RayNeo X2 glasses are intended to be used as your typical everyday glasses, meaning you can put your own prescription in the glasses. By projecting microLED displays that hover in front of both eyes, the glasses can display information like smart GPS navigation, auto-translation, phone call and message notifications, as well as the ability to take photos and videos or listen to music.”TCL RayNeo has created the world’s first binocular full-color Micro-LED optical waveguide AR glasses,” Howie Li, the CEO of TCL RayNeo, said in a press release. “The technology RayNeo has developed will set the bar for future innovations in wearable AR as there is no compromise in top technology, style or ease of use. RayNeo X2 is the new frontier of AR glasses, and we’re just getting started.”For instance, if you’re trying to locate your nearest library, the RayNeo X2 will show you exactly where to go without even having to look down at your phone. One of the most fascinating aspects of the new gadget is the automatic translation assistance. Let’s say you’d like to chat with someone in a language you don’t speak: The RayNeo X2 will be able to display translations before you, aiming to make connectivity more accessible. But, as CNET pointed out, the live translation also presents what anyone in the room is saying, including yourself, which can get annoying.The RayNeo X2 isn’t available to the public yet, but it’s supposed to be available for developers by spring; it’ll launch for the rest of us shortly after that, though some features might be different by then.