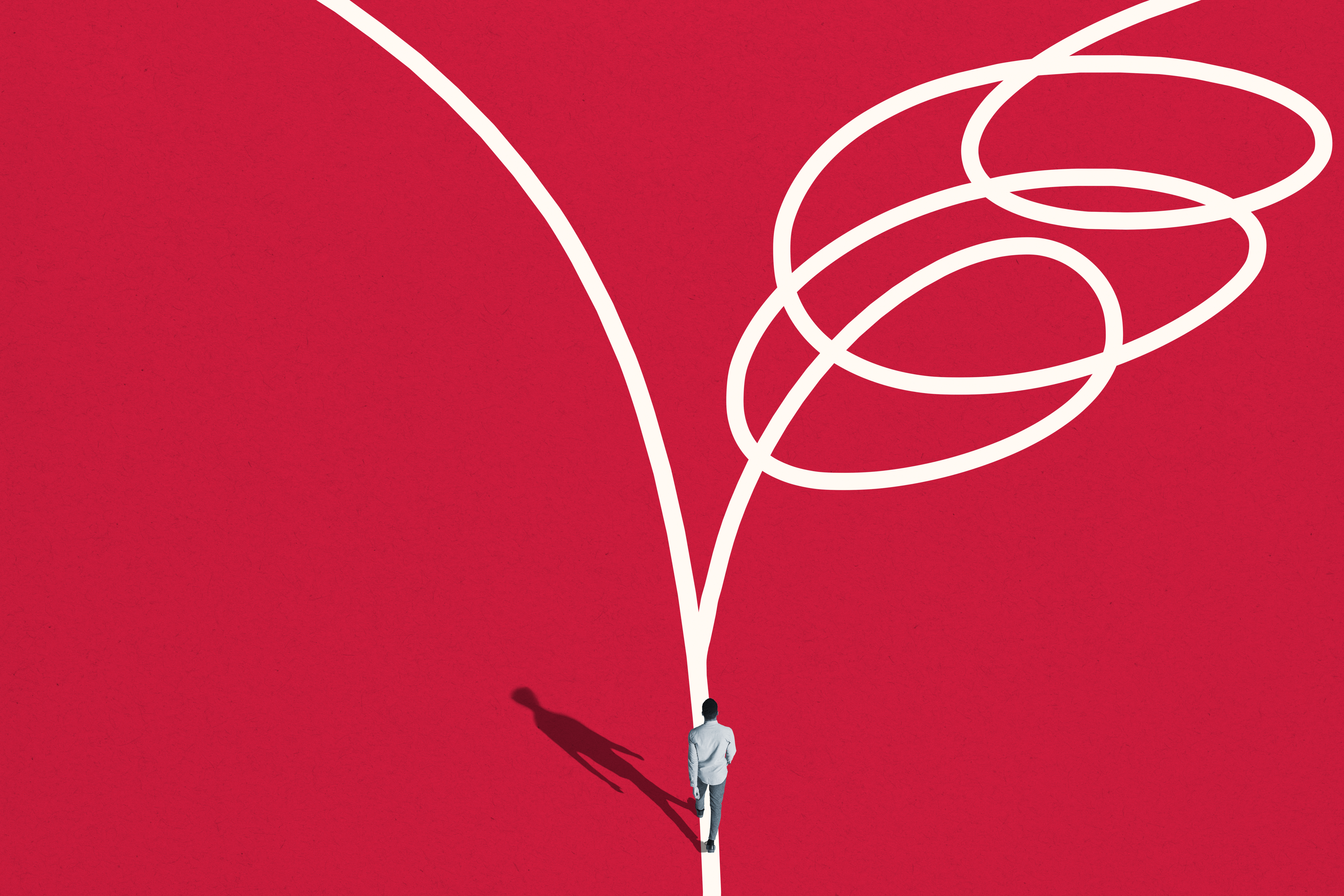 Over the past few months, thousands of employees from Meta, Twitter, Stripe, Amazon, DoorDash and countless other companies that don’t have the privilege of being household names are back on the job market. A job market that includes hiring freezes, salary cuts and a general malaise that industry experts warn won’t be over this year. So where does tech’s talent go from here? The answer is complicated, and it’s too early to have definitive labor data. VCs want to fund the newest tech mafia startups before banks do, top MBA programs want laid off workers to join so badly that they’re waiving standardized test score requirements, and the tech companies that are in a position to hire really want you to know it. TechCrunch spoke to laid-off employees about how they’re approaching their careers differently in 2023. Pseudonyms have been used in cases where names are included to protect current and future employment prospects, per the requests of the individuals quoted. The common thread between all the answers includes a reframing of how “safe” it is to work in tech, and, perhaps more importantly, what it takes to jump back into the sector after getting burned.

‘I’m taking my control back’

Aaliyah was laid off from her tech job in the spring. Just one month earlier, she had a positive review with her boss and was promised a raise with more stock options. The layoff thus came as a surprise. And unlike some of her colleagues, who put their names in spreadsheets and jumped back into the job hunt, Aaliyah took a few weeks to think. “I wasn’t sure I wanted to stay in tech, I wasn’t sure I wanted to work for anyone,” she said. “I had to make a decision in terms of what I want my day-to-day life to look like financially; am I going to hustle or do I just want to take what falls into my lap?” she said on the phone. “After a couple of weeks, I felt like I’m ready to take more control back as opposed to just letting people kind of sway me one way or another.” Currently, Aaliyah works two full-time tech jobs – neither company knows – and she runs a consultancy business on the side. While many people work multiple jobs to make ends meet, the opportunity to work multiple full-time jobs in tech has been amplified by remote work and layoffs. In fact, over 39,000 people are in the “Overemployed” Discord community, which is self-described “as a community of professionals looking to work two remote jobs, earn extra income, and achieve financial freedom. Be free from office politics and layoffs.” “Never again am I going to put myself into a position where I’m dependent on one stream of income from one company that may or may not do what’s in my interest,” Aaliyah said. “They’re gonna do what they want, and I’m going to do what’s mine.” It’s also a hedge against the bias she says she faces as a Black woman in tech. “As a Black woman, sometimes I feel slighted by being overlooked and not feeling like anyone thinks I’m capable of doing more,” she said. “So you may not have thought that I was capable of doing a lot more but I actually do – and you don’t know what’s in my bank account.” Some see over-employment as their next step, while others are still reflecting on how their job title evolves in this new environment.

Sam has noticed an odd pattern in his work. He’s been the second finance hire, twice, by two venture-backed startups. And he’s been laid off by both of those companies over the past year. “It’s been odd, because I chose accounting and finance as my major back in undergrad 15 years ago because I was told it was the backbone of business, that they needed it in order for a business to function,” Sam said. He turned to mentors in the space, and says that “their first reaction is that typically finance isn’t a function that is affected in these layoffs.” While the tech worker says that “accounting is an afterthought in tech,” the reality is a bit more complicated. While it seems that every other chief executive attributes “a need to be more disciplined” as a reason for conducting company-wide layoffs, even a strong financial runway isn’t enough to keep people hired. In Sam’s case, he was first let go by a Series B software-as-a-service product after a funding round fell through, so he began looking for new jobs that promised more financial stability. He eventually began interviewing with a number of companies, and ended up choosing an ed-tech marketplace that had promised they had a large cash position from a recent fundraising spree. Then, when that company laid him off, he realized that good books aren’t enough to justify job stability. Today, Sam is doing part-time work, which he set up when he began hearing rumors of the second round of layoffs, and interviewing for full-time gigs. There’s a clash between what he wants, which is a stable, reliable job, and what he naturally cares about as someone who has spent time working in scrappy startups on small teams. “It’s kind of a dilemma I have right now, where I’m going through every process with a company that is much healthier on their bottom line, they have 401(K) match…. if an offer ever does come from [those] companies, can I bring myself around enough to be interested? It’s hard to know what you care about.” He’s still frustrated over losing his job at the edtech company. “They’re out here building an edtech marketplace. And here I am, with all of the experience and skills and knowledge to help the company do that and I won’t be able to see that through,” he said. “I felt like it’s their missed opportunity. That’s what I still like struggle with.” ‘Not everybody is walking away with a year’s worth of runway in their pockets’ Not long before Mary was fired from an HR tech company, she was given an award that recognized her contributions to the team. The trophy was still being engraved with her name when she got the call, just weeks later, that her job had been terminated due to the macroeconomic climate. Even worse, it was the second time this company laid her off. The first time, Mary reflects, was in March 2020 when “the world was falling apart.” “It didn’t feel like corporate irresponsibility or anything, it was just like, everything is on fire and we’re so sorry,” she said “Then a few months later, they called me back, saying that things are not as bad as we thought.” Because the job market was tough – and she didn’t sense any poor management issues – she rejoined, got a small raise, her equity was reinstated, and so the job continued for the next two years, until she was laid off again this summer. Mary went back on the job hunt again, this time ending up at a venture-backed early-stage startup. Then, a few weeks into the job, she got laid off. This time, it stung even more – because this was the first job where she earned a six-figure salary since joining the tech world years ago. “I had just broken six figures and I had that for only five weeks,” Mary said. “I was really excited to max out my 401(k) and now I’m thinking I should have kept that extra two grand in cash.” Right now, she has five weeks of pay, one month of Cobra healthcare insurance, and plans to sign up for Medicare. “Not everybody is walking away with a year’s worth of runway in their pocket,”Mary said. “When people had really high salaries and enjoyed really high salaries for the majority of their career – they assume other people have personal savings to guard against this[…] but life is really expensive.” Despite being burned, Mary isn’t leaving the tech world because she’s inspired by “the incredibly bright, talented, capable people who are just trying to build something.” Next year, she plans to ask her network for help with the job hunt, adding that no one is looking at cold job applications while Stripe and Twitter talent is getting laid off. She plans to be direct. “It’s a question of how profitable is enough?” she said, at one point during the interview. “When is it enough to sustain your workforce – what math is happening here?” But she also is aware that, ultimately, what happened to her over the past twelve months may happen again. “You can ask all the right questions, you can do all the research, you can ask about burn and runway and all these things – and even if they say all the right things, if something changes in the market, there’s just very little power that you have as an individual,” she said. “Other than to, you know, save as much as you possibly can for a rainy day.” Burned by layoffs, tech workers are rethinking risk by Natasha Mascarenhas originally published on TechCrunch