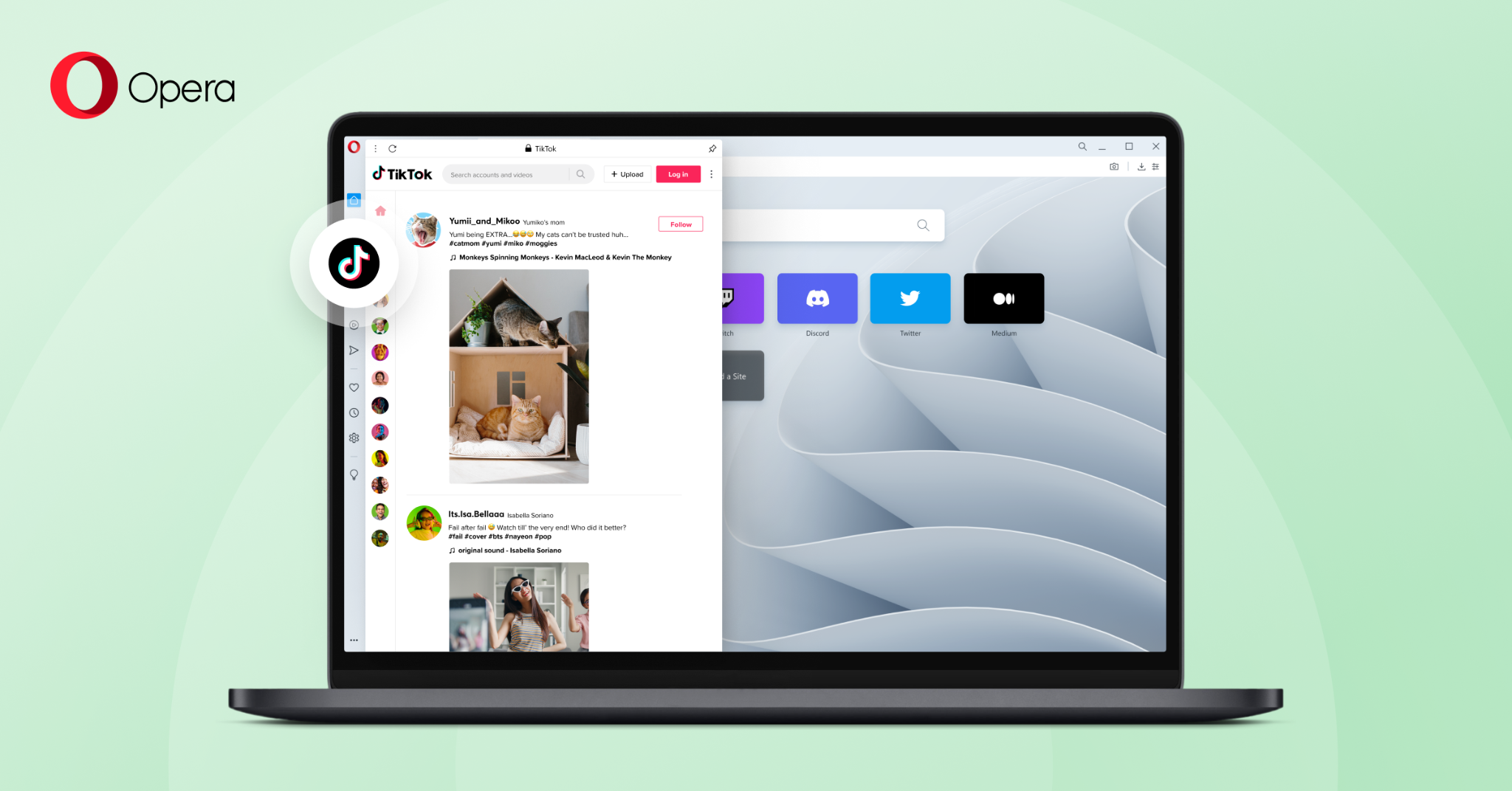 To enable the feature, Opera users must right-click on the browser sidebar and go to the Messengers section. Once enabled, users can open the sidebar and scroll through their TikTok feed on the left-hand side of their screen before returning to what they were doing on their main page. While adding sidebar functionality isn’t new, Opera claims to be the only browser to integrate TikTok in its sidebar. Opera has already added various messengers and social media platforms to its sidebar, including Instagram, WhatsApp, and Twitter. Joanna Czajka, Product Director at Opera, said in a statement, “Typically, people who have started using the messengers and social media platforms available through Opera’s sidebar do not want to go back to a world without them.” Plus, according to Opera’s survey, the built-in TikTok feature was widely requested by respondents between 18 and 35 years old, the company told TechCrunch. Fifty-four percent of Opera users in the U.S. from the 18-25 age group use TikTok. Still, it’s an interesting move for Opera to roll out a built-in TikTok feature since many users opt for the mobile app. Sensor Tower recently reported that TikTok was the highest-grossing app in the world. In the first quarter of 2022, the social video app had been downloaded over 175 million times. What’s more, app intelligence firm data.ai found that users in more than 12 worldwide markets spend four to five hours per day on apps, with TikTok being among the top apps based on downloads, consumer spend and monthly active users. So, while it’s unlikely the billions of TikTok users will use the lesser-known Opera browser to entertain themselves in between tasks, many Opera users will probably get a kick out of the new feature. “TikTok has developed from a platform full of short funny videos to a source of entertainment, news, and inspiration. With this release, Opera is answering our users’ requests to have TikTok at their fingertips,” added Czajka. Browser maker Opera adds built-in TikTok support to desktop sidebar function by Lauren Forristal originally published on TechCrunch