BMW unveils Dee prototype, “the next level of human-machine interaction” 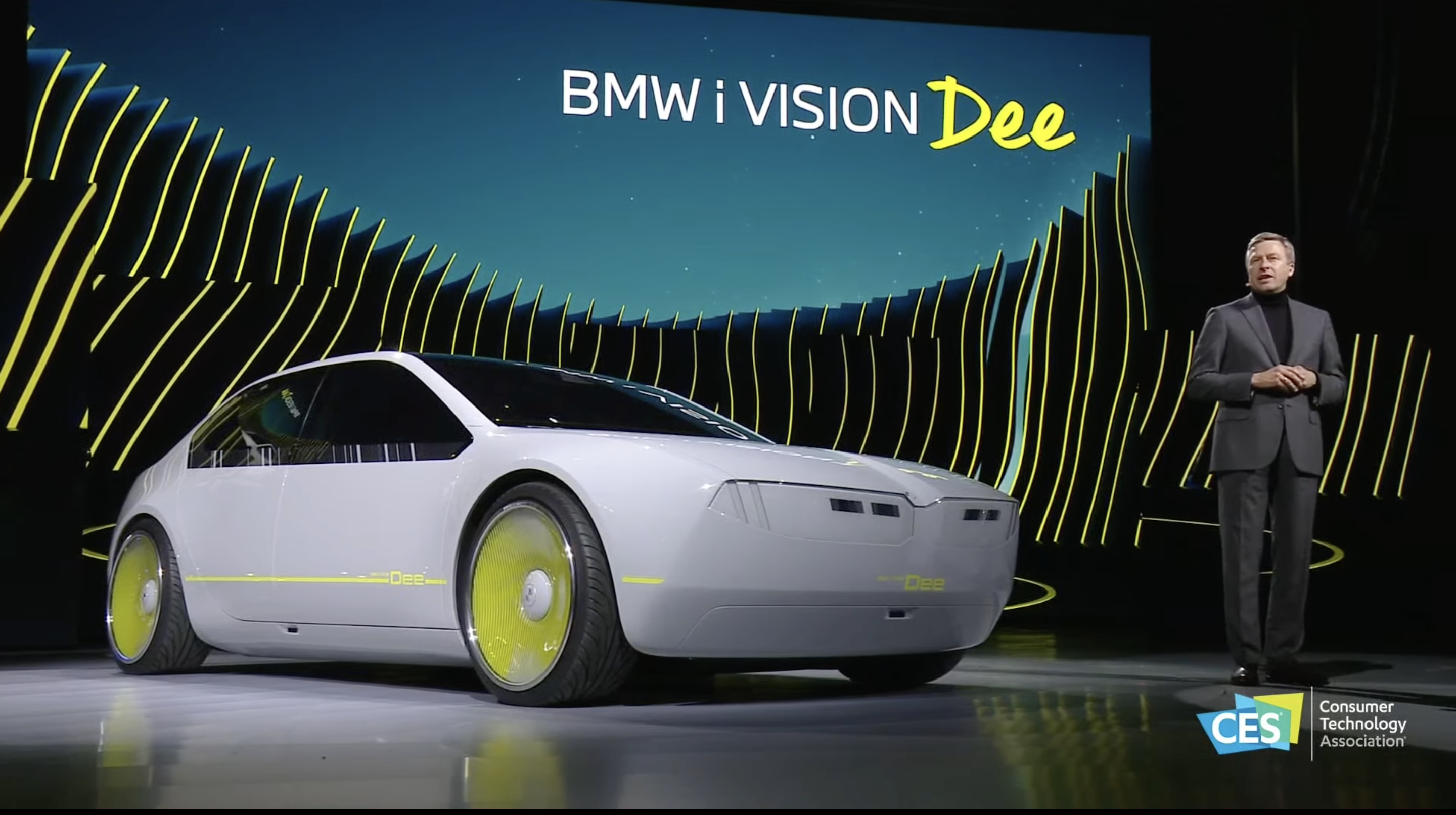 Dee, while a concept car, is emblematic of BMW’s next generation platform, Neue Klasse, which the company said will launch in 2025 starting with a dynamic sedan and a sporty activity vehicle. The reveal featured a cutesy video involving Arnold Schwarzenegger reminiscing about the relationship people had with their cars in the 1980s while the voice of Dee (which by the way stands for Digital Emotional Experience) tried to convince the actor/politician that the cars of the future are really the ultimate companions. Throughout the keynote, Dee’s voice served to personalize and humanize the car. At one point, BMW said that Dee has a “digital soul, a personality not only with a voice but with facial expressions, too.” This point was really driven home by the following quote from the film “The Terminator”: “The unknown future rolls toward us. I face it for the first time with a sense of hope, because if a machine, a Terminator, can learn the value of human life, maybe we can too.” So what is BMW trying to tell us here? Well, Oliver Zipse, BMW’s CEO, went so far as to call Dee “the next level of human-machine interaction, a concept that cannot be simply dismissed as science fiction because it will inspire our Neue Klasse.” Ever since the “software-defined vehicle” began to take hold, automakers have been angling for new ways to use that software to create a more personalized experience for drivers and passengers. CES always provides a smorgasbord of examples. Last year it was all about Amazon Fire streaming coming to vehicles and Google Home integrations, this year it seems to be about in-car gaming. But BMW is taking it up a notch by positing not just an emotional connection between human and car, but also a car that has emotions of its own. One way BMW hopes to turn that vision into reality is by combining software and hardware development for a seamless digital experience, according to Zipse. This idea manifests in Dee’s head-up display, featuring four levels of interaction, which BMW calls its “mixed reality slider.” Level one brings all the drive and navigation data a driver would need. Level two helps with communication by showing text messages and calls. Level three brings the features of Levels one and two and augments the navigation data to your windshield, including collision warnings and possible obstacles highlighted. It also visualizes social media. Level four goes “way beyond reality.” What does that actually mean? We’re not fully sure, but the talking Dee said that you could bring all your friends into your car virtually. “Your friends, your family, even your pets without one single animal hair on the seat, which I absolutely love, in an endless virtual world,” she (?) said. “You can meet play, talk, love, hate. You can even go sightseeing together, right inside your car. You wouldn’t believe what fits in your car in the future. It’s like being in your own personal drive in cinema. But the movie is your life.” Of course, this would likely be in a world where the windows could be blacked-out and the car drives autonomously. The point, though, is that BMW, like other automakers, is trying to add so much impressive, seamless tech to its vehicles that people really do start seeing their cars as their ultimate companions — friend, living room, personal assistant and fashion aid all in one. Freaky, isn’t it? ces-2023-banner-32 BMW unveils Dee prototype, “the next level of human-machine interaction” by Rebecca Bellan originally published on TechCrunch