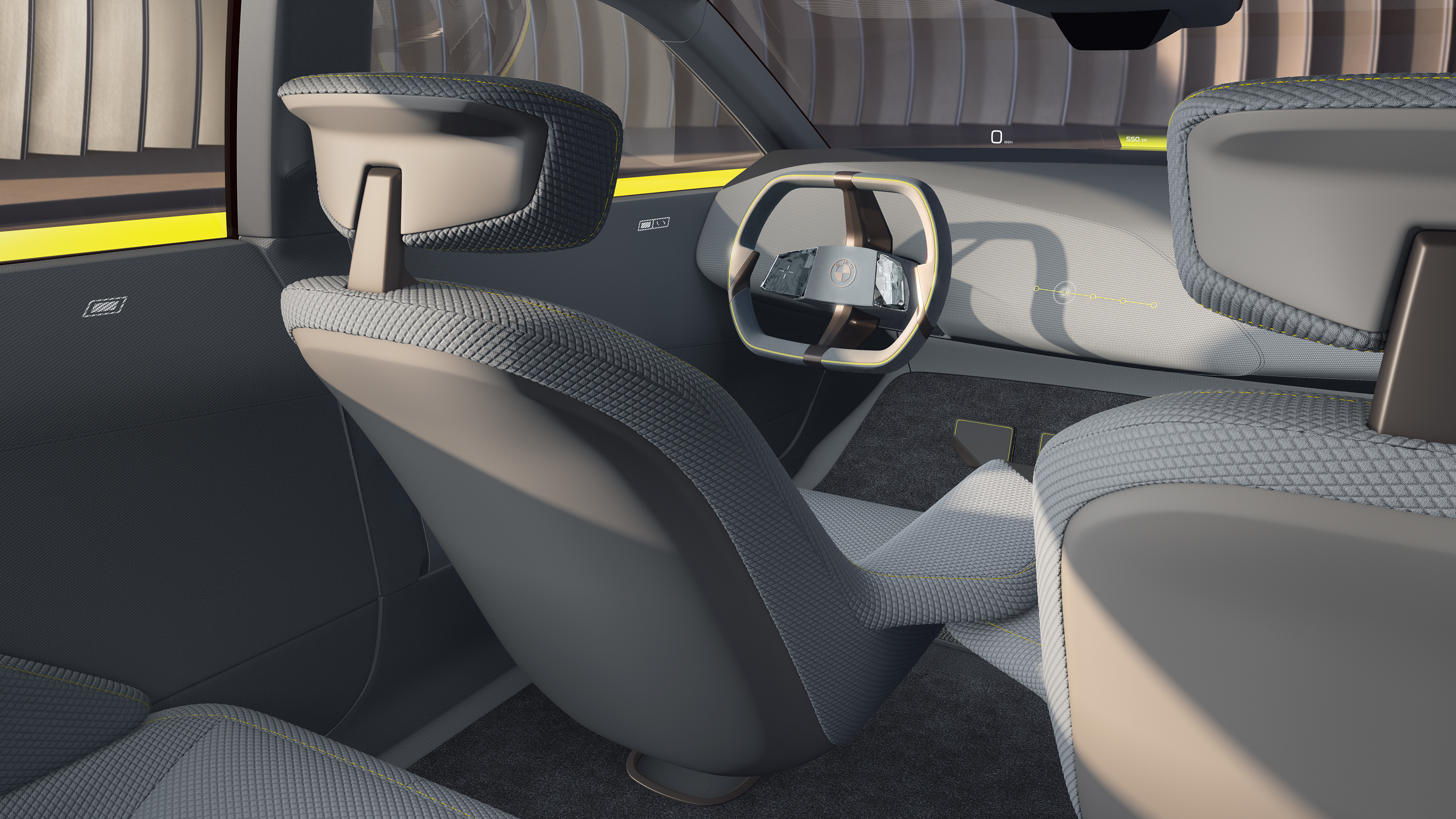 Using a five-step selection, drivers can choose if they only want to see driving-related information or if they want to add data from their communications systems, an augmented reality project or a completely virtual experience with blacked-out windows (while driving autonomously). P90490972_highRes Obviously, this is a concept and I don’t think we’ll see people lounge and play VR racing games in their car while their autonomous chauffeur handles the mundane task of driving them to their next meeting. But BMW also says that some of this technology will make it into production in its ‘Neue Klasse’ — its next generation platform — launching in 2025. This will include a head-up display that will use the entire width of the windscreen. Continental recently showed off its Scenic View HUD, which also spans the entire windscreen (though only as a small strip at the bottom of the window), while automotive technology company Harman also today announced its new head-up display hardware, which isn’t quite as futuristic, but also focuses on larger fields of view and includes integrations with driver-assistance systems and real-time 3D object detection. bmw_i_vision_dee And while BMW previously talked about using E Ink as the outer skin of its vehicles, the i Vision Dee now brings this to life with an exterior that’s covered by 240 E Ink segments that can display 32 colors. The car maker actually worked with E Ink to develop the technology that allows it to adapt these display films for curved surfaces. There’s no word yet on when this technology will come to a production model. Earlier this week, VW showed off its light-up paint, so it’s probably only a matter of time before we see cars with these chameleon-like capabilities on the street. “A BMW lives by its unparalleled digital performance. BMW i Vision Dee is about perfect integration of virtual and physical experiences” said Frank Weber, member of the Board of Management of BMW AG responsible for Development. “Whoever excels at integrating the customer’s everyday digital worlds into the vehicle at all levels will succeed in mastering the future of car-building.” ces-2023-banner-28 BMW reimagines the head-up display by Frederic Lardinois originally published on TechCrunch