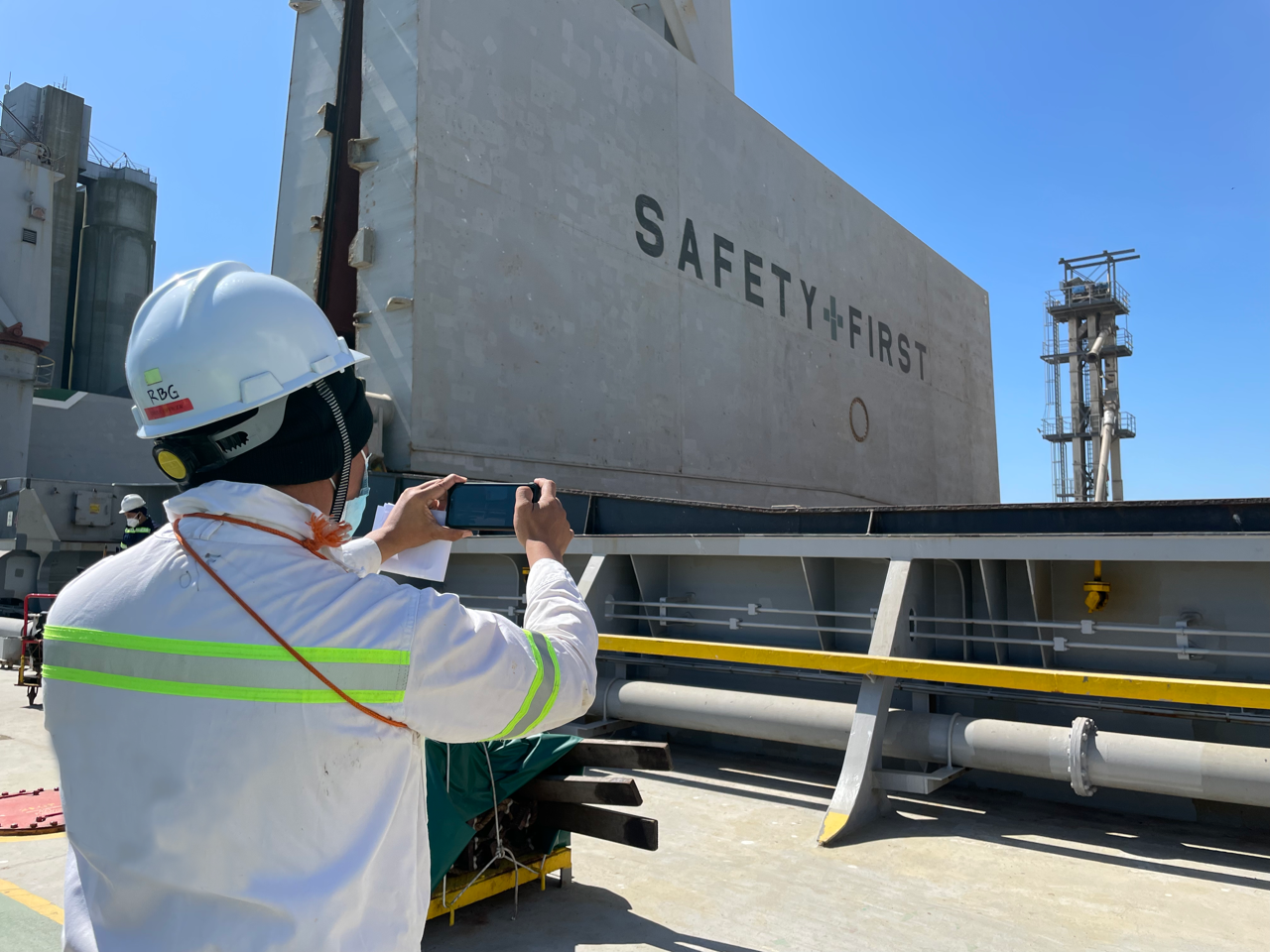 Kaiko Systems is a Berlin-based startup trying to digitize operations on commercial vessels. Around 90% of the world’s traded goods are carried over the ocean, but an industry with such a pivotal role in the global economy is still heavily reliant on pens, paper, and Excel, noted Fussek, a former Deloitte consultant. The manual process means maintenance and inspection on ships are costly, inefficient and prone to human errors, he added. Kaiko Systems, which Fussek founded in 2020 with Eddy del Valle, the former CTO of freight forwarding unicorn Sennder, provides a smartphone-based tool for front-line workers and inspectors to collect operational data onboard. In turn, Kaiko’s built-in artificial intelligence can verify data plausibility in a timely manner and flag issues to onshore teams. For example, when the system finds a newly implemented part that’s the cause of a breakdown in the ship, it can identify all the other vessels that might be subject to the same vulnerability. While Fussek declined to share the firm’s financial performance, the CEO said the markup is “very positive” and the startup is “on a strong path to profitability.” So far the company has done over 10,000 inspections for roughly 250 vessels around the world. Some of its more reputable customers include Columbia Shipmanagement, one of the world’s largest privately-owned shipping companies, Marlow Navigation, USC Barnkrug, CTM, and The Asian Spirit Steamship Company. The early traction is what helped the startup close a €2 million seed funding round backed by industry giants. Investors include Schoeller Holdings, the parent company behind Columbia Shipmanagement, Vineta Ventures, A round Capital, Flagship Founders, and industry veterans Clasen Rickmers, managing partner at The Asian Spirit Steamship Company, and Justus Kniffka, managing director and CEO at shipping company Hanseatic Lloyd. As to why ocean shipping came late to digitization, Fussek reckoned that margins in the industry were too thin until recently. The average cost of shipping a standard large container reached $10,000 in 2021, but from 2015 to 2020, the number largely trended below $2,000. The spike in cost was in part due to an increase in global consumption, ports shut down by COVID-19, and supply chain disruptions during the outbreak, the founder explained. “Shipping companies finally made their long-overdue investment in digitization,” said Fussek. Aside from having extra cash to spend on boosting productivity, COVID-induced travel disruptions also made digitization all the more urgent as inspectors can’t travel from ship to ship easily in person. With its new capital infusion, Kaiko Systems plans to grow its team, improve its software solution and expand into new markets beyond its current footprint in Germany, Greece, and East Asia. Fussek believed scaling across geographies would not be particularly challenging thanks to ocean freights’ high degree of standardization. The company employs ten people around the world and plans to double its headcount in the coming months. Berlin’s Kaiko Systems nets €2M to help maritime technical operations go paperless by Rita Liao originally published on TechCrunch