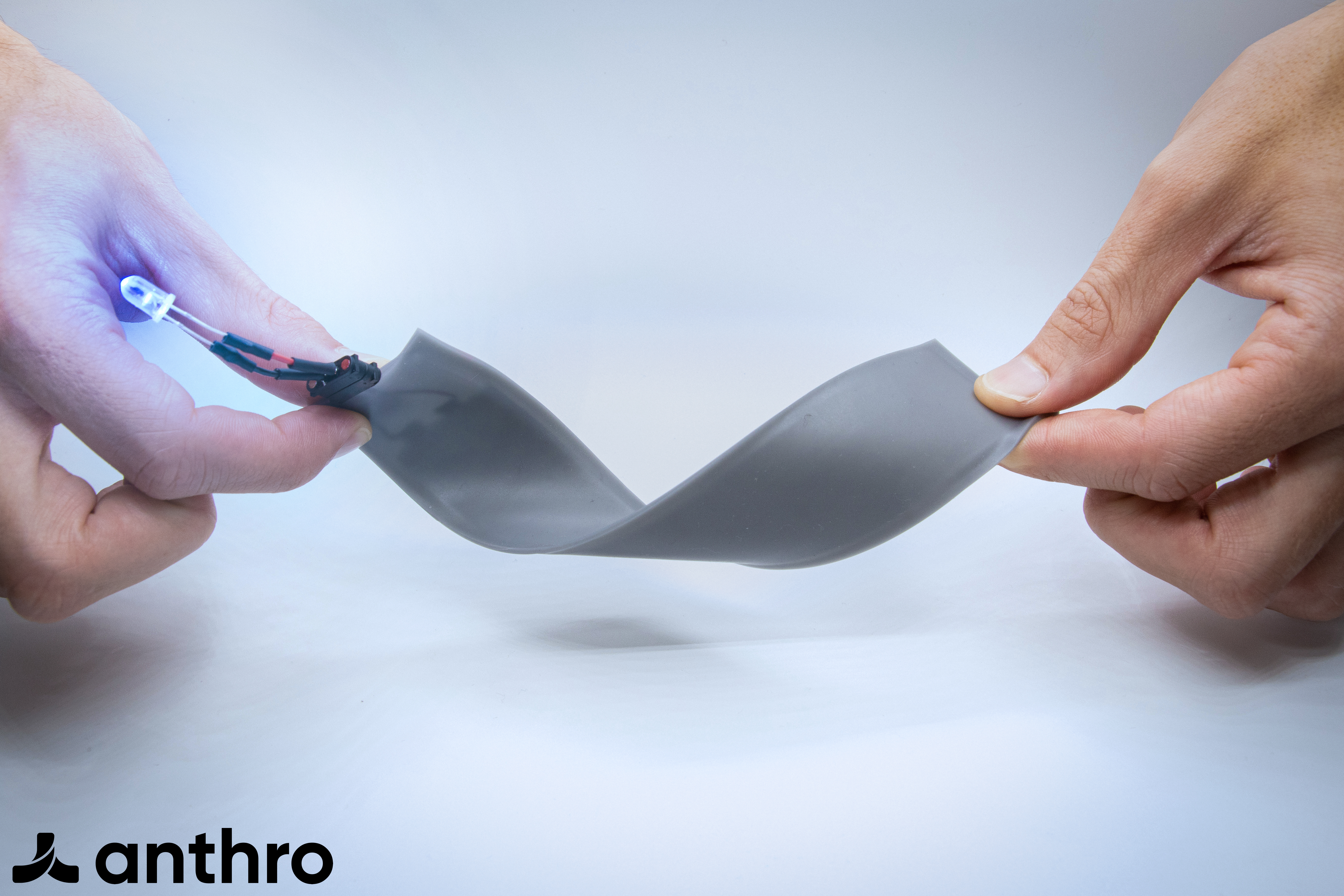 The era of inflexible portable power may be coming to an end, though, if Anthro Energy can bring its bendy batteries to market. It’s getting some help with that courtesy of an oversubscribed $7.2 million seed round, which the company is announcing today, TechCrunch exclusively learned. The round was led by Union Square Ventures and Energy Revolution Ventures with participation from Voyager Ventures, Emerson Collective, Nor’easter Ventures, Ultratech Capital Partners and the Stanford President’s Venture Fund. Anthro was founded by chemists David Mackanic and Joe Papp, who saw an opening for a flexible polymer that could not only give batteries new properties but also offer a quicker way to market than the frequently cited automotive route. “Batteries are faced with this kind of really severe innovator’s dilemma, where to get into something like an auto, it takes a ton of validation, a ton of technology development and a ton of time,” Mackanic said. “And so I realized if I want to make a difference in the battery space, I’ve got to think differently about the problems I’m solving, I’ve got to think differently about how we’re bringing this to market.”