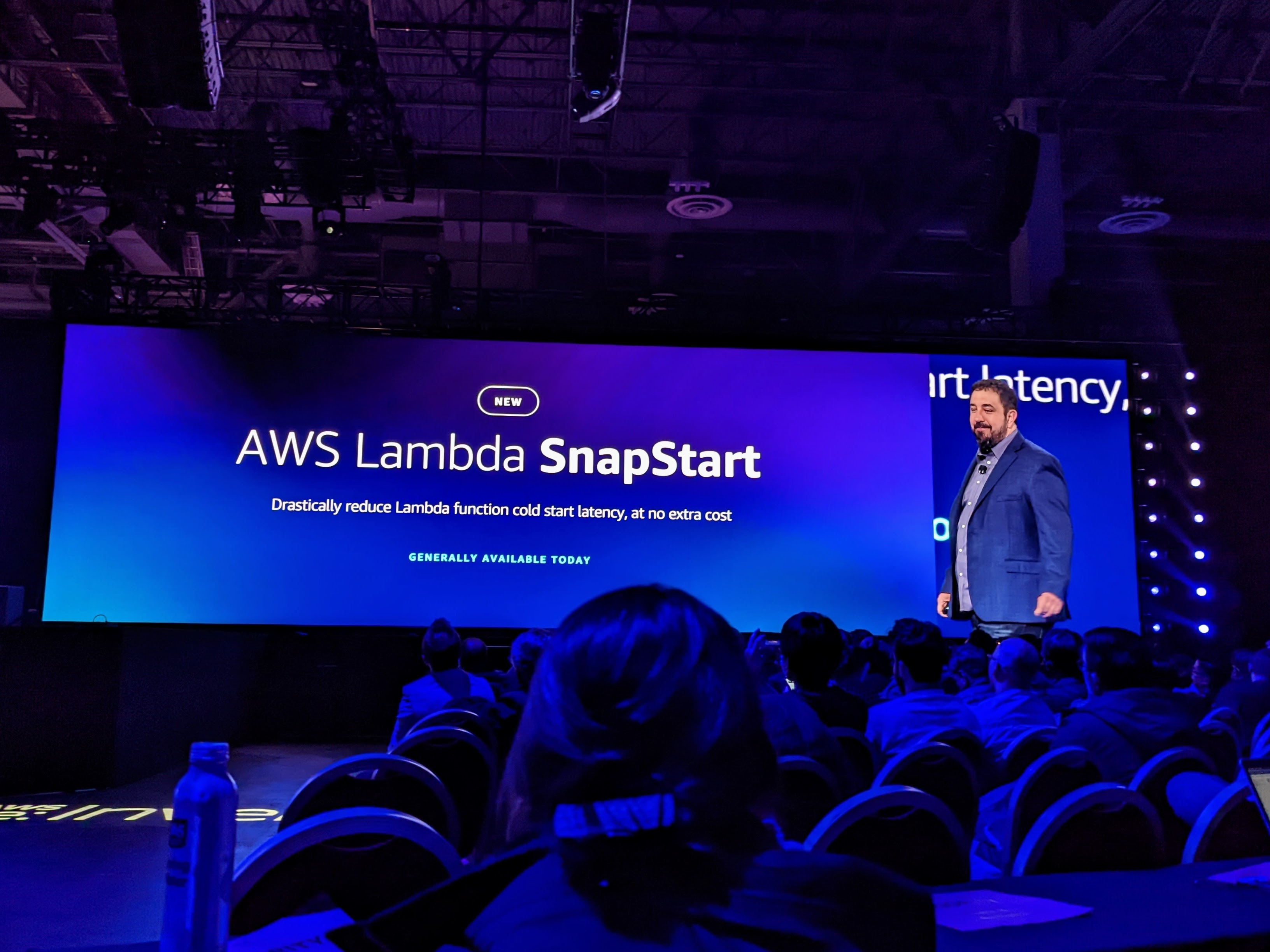 Cold start times have long been one of the biggest complaints about Lambda — yet as Peter DeSantis, AWS’s senior VP of Utility Computing noted in today’s keynote, spiky workloads are pretty much what Lambda (and all other serverless platforms) were built for. With its Firecracker microVMs, AWS already improved cold start times from multiple seconds to well under a second. Now, the company promises a 90% improvement in cold start times by using Firecracker’s Snapshotting feature. PXL_20221129_044128640 This new feature is now available to all Lambda users, though it has to be enabled for existing Lambda functions and for now, it only works for Java functions that make use of the Corretto runtime. Once enabled, when you first run that function, it will perform a standard initialization. After that, it will create an encrypted snapshot of the memory and disk state and cache that for reuse. Then, when the function is invoked again, Lambda will grab the cache and start up the function. Cached snapshots are removed after 14 days of inactivity. As DeSantis also noted, improvements like this will enable more users to bring their workloads to a platform like Lambda. The company already saw this with the launch of Firecracker on Lambda, he explained. aws-reinvent-2022-banner-2 AWS makes Lambda cold start latency a thing of the past with SnapStart by Frederic Lardinois originally published on TechCrunch