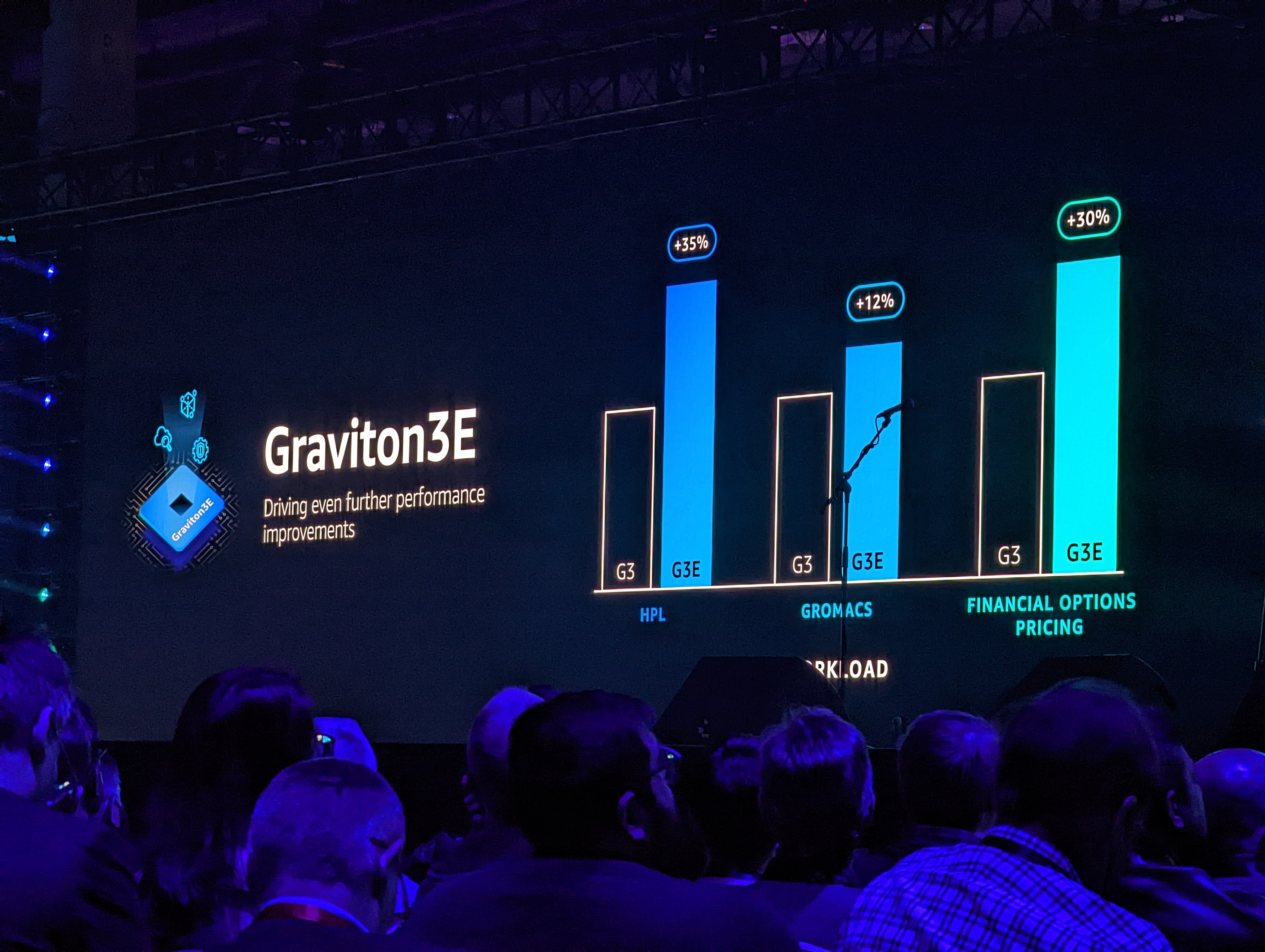 These new chips will obviously power new AWS EC2 instance types, starting with the logically dubbed Hpc7G. This new instance type will come in a variety of sizes, with up to 64 vCPUs and 128 GiB of memory. It’ll take until early 2023 before these instances become available, though. For more network-intensive workloads, AWS is also launching a new Graviton 3E instance type (c7gn). For Intel fans, there are also new Ice Lake-based Xeon-based machines, too. PXL_20221129_033633577 All of these new instances will make use of AWS’s new Nitro 5 hardware hypervisor, which the company also announced today. Nitro v5 promises significantly improved latency, up to 40% better performance per watt, and 60% higher PPS. The AWS team made this possible by roughly doubling the number of transistors in the custom Nitro chips. PXL_20221129_033701593 “Performance can be hard to achieve when you refuse to budge on things like security and cost,” Peter DeSantis, Senior Vice President of AWS Utility Computing, said in tonight’s keynote. And in many ways, that’s long been the story of AWS’s compute platform and its work on its custom processors. aws-reinvent-2022-banner-1 AWS launches Graviton3E, its new Arm-based chip for HPC workloads by Frederic Lardinois originally published on TechCrunch