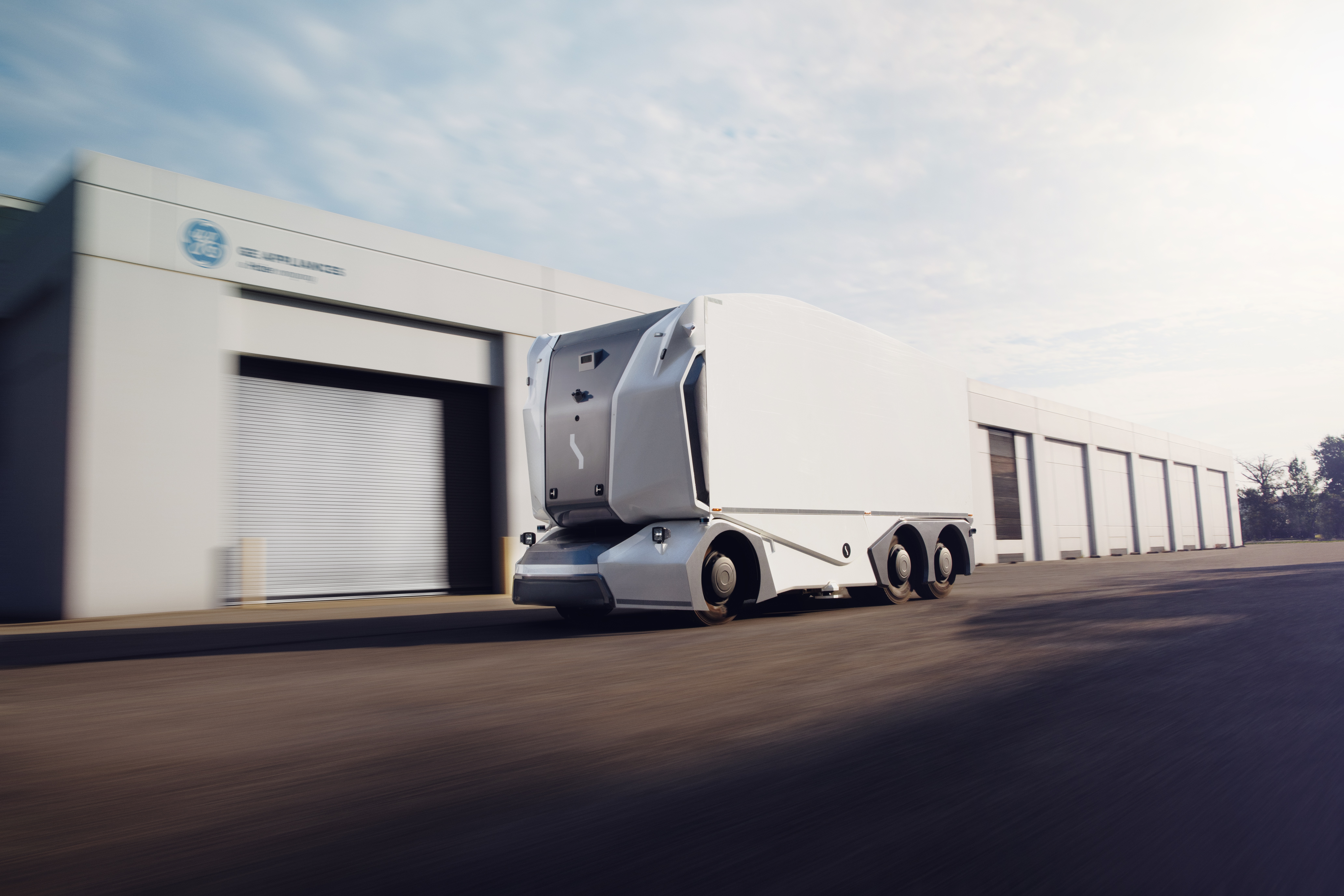 The cash injection constitutes an equity-based $200 million Series C portion from backers including Northzone, EQT Ventures, Temasek, Swedish pension fund AMF, Polar Structure, and Norrsken VC. Additionally, the Swedish company said that it has also secured $300 million in debt funding led by Barclays Europe, which will be used substantively to bolster its fleet of vehicles as it extends further into new and existing markets across Europe and North America. Founded out of Stockholm in 2016, Einride initially developed a cab-less self-driving cargo truck that can also be controlled remotely by human operators if required. ezgif.com-gif-maker-1 These “pods” have already been piloted commercially, but regulatory hurdles has led Einride to adopt a two-pronged approach that also involves human-driven electric trucks as an intermediary step toward autonomy. These vehicles are already available to shipping companies and carriers in Sweden and in the U.S., powered by its Saga platform that helps clients operate and optimize their fleets.

Einride has already been on something of an expansion drive (so to speak) these past few months, launching in Germany back in September followed by Belgium, the Netherlands, and Luxembourg last week, with plans in place to target Norway too. Serving large companies such as Electrolux and GE Appliances, the latter which Einride has partnered with to deploy fully-autonomous pods as part of a U.S. pilot, is a hugely capital-intensive endeavor when you factor in the costs associated with developing hundreds of trucks and the associated software. And that is basically why Einride is having to raise such a large pot of financing now, having already raised around $150 million since its inception including its $110 million Series B last year. While many companies have raised follow-on rounds of funding this year at markedly lower valuations, it’s impossible to know how the economic downturn has impacted Einride as it has never revealed its valuation at any of its previous funding rounds — and it’s not changing tack with this latest round either. However, despite the impact of the global pandemic and other macroeconomic factors, the freight trucking industry is showing little sign of slowing, with reports suggesting it’s expected to grow from a $2.1 trillion industry in 2020 to nearly $3 trillion within the next five years. Certainly, there has been many signs throughout this year that investors are still fairly bullish about any technology that helps the freight and logistics sectors. “The time is now to act on not only developing but accelerating the implementation of technology that will create a cleaner, safer and more efficient way to move goods,” Einride founder and CEO Robert Falck said in a statement. Einride said that the first half of its $300 million debt financing will begin trickling out in January, while its equity tranche includes a $90 million convertible note that it raised earlier this year. Autonomous and electric truck company Einride raises $500M in equity and debt by Paul Sawers originally published on TechCrunch