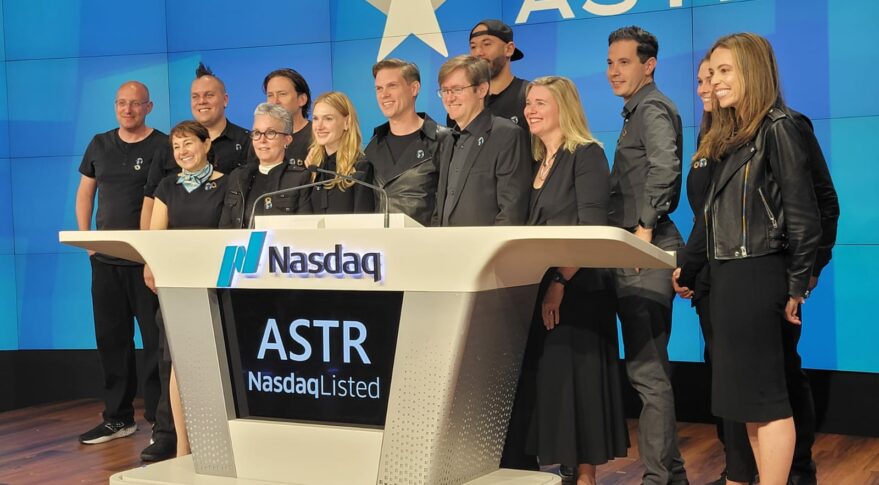 Astra hired Lyon in February 2021, after a two-decade-plus career at Apple. The move from consumer electronics to rockets may have been unconventional, but at the time CEO Chris Kemp was adamant that the company sought someone from outside the aerospace industry. In an interview with TechCrunch on today’s news, Kemp said it was a “very well-coordinated and collaborative transition.” “[Lyon] hired a bunch of star players,” he said. “One thing that became pretty clear to all of us was the caliber of his team and the opportunity to elevate them onto our management team would really streamline things.” Kemp added that Lyon had an opportunity to join a Fortune 500 company in a C-level position, and that at least two of the promotions — Giovanni Greco, who is now leading launch system delivery, and Jonathan Donaldson, who will lead Astra Spacecraft Engine delivery — were green-lighted around a month ago. The other promotions include Doug Kunzman to lead launch and test operations and Bryson Gentile to lead manufacturing. These are far from the only recent changes to Astra’s workforce. In September, the company announced that it was bringing on a new CFO, Axel Martinez, as the company seeks to grow its spacecraft business and accelerate development of its launch system and Rocket 4.0. Two months later, the company saw the departure of VP of communications Kati Dahm. Amid these staff changes, Astra also laid off 16% of its workforce. In a fourth-quarter earnings call with investors, executives said they anticipate payroll savings from the layoffs to be realized in the first quarter of next year. Astra star hire Benjamin Lyon resigns, management team restructured by Aria Alamalhodaei originally published on TechCrunch