By pretty much all accounts, such climate change-driven disasters are only going to get worse. And while there are varying opinions on what — if anything — we can do to avert such catastrophes in the future, some companies are looking at ways to plan for this new reality, and at least go some way toward mitigating the impact of flooding. One of these companies is 7Analytics, a Norwegian startup founded back in 2020 by a team of data scientists and geologists to reduce the risks of flooding for construction and energy infrastructure companies. With its first product, FloodCube, 7Analytics serves customers with AI and advanced machine learning techniques to calculate current surface water and where it’s flowing today (the “runoff”), then models how that will look in the future with increased rainfall. So in effect, FloodCube is more about predicting how a flood will unfold, showing exactly where water is likely to accumulate based on various environmental factors. While it’s possible to achieve this already today through combining multiple software programs and manual calculations, FloodCube brings everything together under one roof. 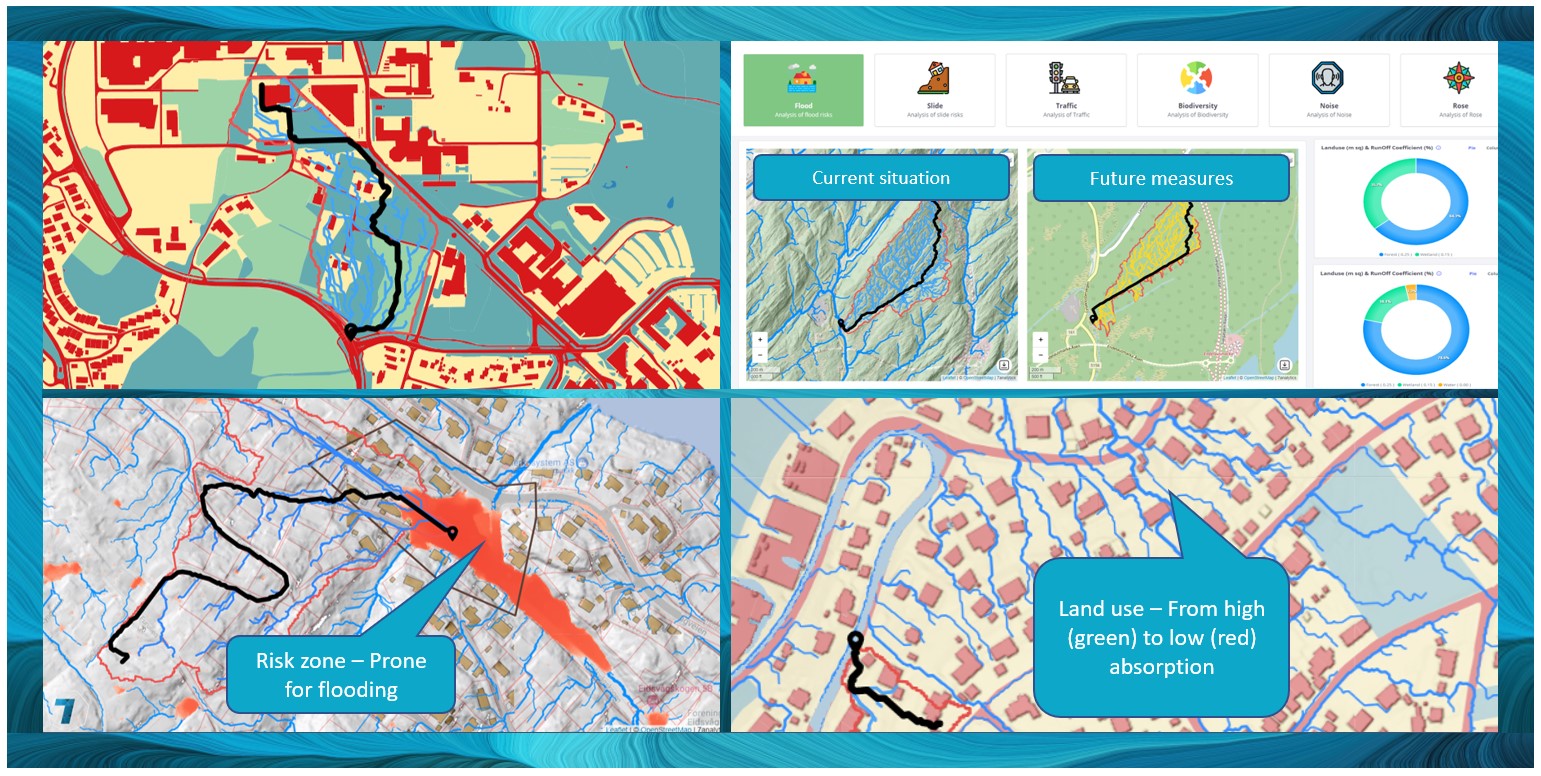 Show me the data

As with just about any AI and ML-infused software, large data sets are pivotal to 7Analytics’ promise — it gathers data from openly available sources spanning digital elevation models (DEM) for terrain, satellite imaging, and climate data, then integrates these sources to make it easier for users to derive insights from. Its customers include the Municipality of Bergen where 7Analytics is headquartered, multinational construction giant Skanska, and engineering consultancy Multiconsult. And this gives a strong indication as to who 7Analytics is targeting, and who is most likely to care about predicting future flooding scenarios — protecting urban infrastructure is very much the name of the game here. “Today, most developers and real estate owners know very little about their exposure to flood risk,” 7Analytics cofounder Jonas Toland told TechCrunch. “We close this gap with a high-precision risk tool.” While its technology is mainly used by construction companies in Norway for now, 7Analytics is expanding into new areas such as energy infrastructure, and is currently in talks with a handful of energy companies in the U.S. To help, 7Analytics’ has partnered with StormGeo, a weather service and meteorological company that essentially tailors risk data for specific business use-cases — such as disaster management in ship-routing, or energy production sites. In short, 7Analytics is helping StormGeo “enhance” its existing offering to its oil and gas customers, which includes companies in Houston, Texas. “Our product takes a real-time StormGeo weather forecast — for example, the risk of rainfall tomorrow — and translates it into actionable risk info, such as their site is at risk of x-inches of flooding tomorrow,” Toland explained. “This information can be used to inform them whether their staff will be able to use the parking lot, or to reroute supply trucks [for example].”

Startups to the rescue?

Recent data from reinsurance company Swiss Re suggests that extreme global weather events cost insurers $101 billion last year, apparently only the third time since 1970 this figure has surpassed $100 billion. And Hurricane Ida alone reportedly caused at least $50 billion in damages, depending on what figures we’re to believe. As such, we’re seeing all manner of climate-tech startups enter the fray, even companies that weren’t initially focused on climate at all. Yesterday, TechCrunch wrote about a six-year-old company called VRAI, which initially delivered VR simulation training to the aerospace and defence sectors, but is now expanding into renewable energy, where it will focus on helping to upskill the European workforce and support plans to increase offshore wind energy capacity in the coming decade. Elsewhere, Australia’s FloodMapp recently raised $8.5 million to serve real-time flood forecasts, while last year we wrote about New York-based Forerunner, which is developing a flood plain management platform. To take things to the next level now that it’s officially entered the U.S. market, 7Analytics today announced that it has raised $2.5 million in a seed round of funding led by sustainability-focused VC firm Momentum Partners, with participation from Construct Venture and Obos VC. While this funding will help 7Analytics expand both in Europe and the U.S., the company said that it eventually plans to use its technology to model for other “nature risks,” including landslides and biodiversity. “Everything we build is rigged for global use, so we are scaling our model fast across continents,” Toland said. “At the same time, we need to consider that our cities are different both in terms of topography, climate, and how they are built. Our models are easy to adapt for new use cases which is underlined by the various customer groups we have onboarded — from construction developers to municipal caseworkers and infrastructure owners.” As extreme weather events worsen, 7Analytics meshes AI and big data to predict flooding by Paul Sawers originally published on TechCrunch