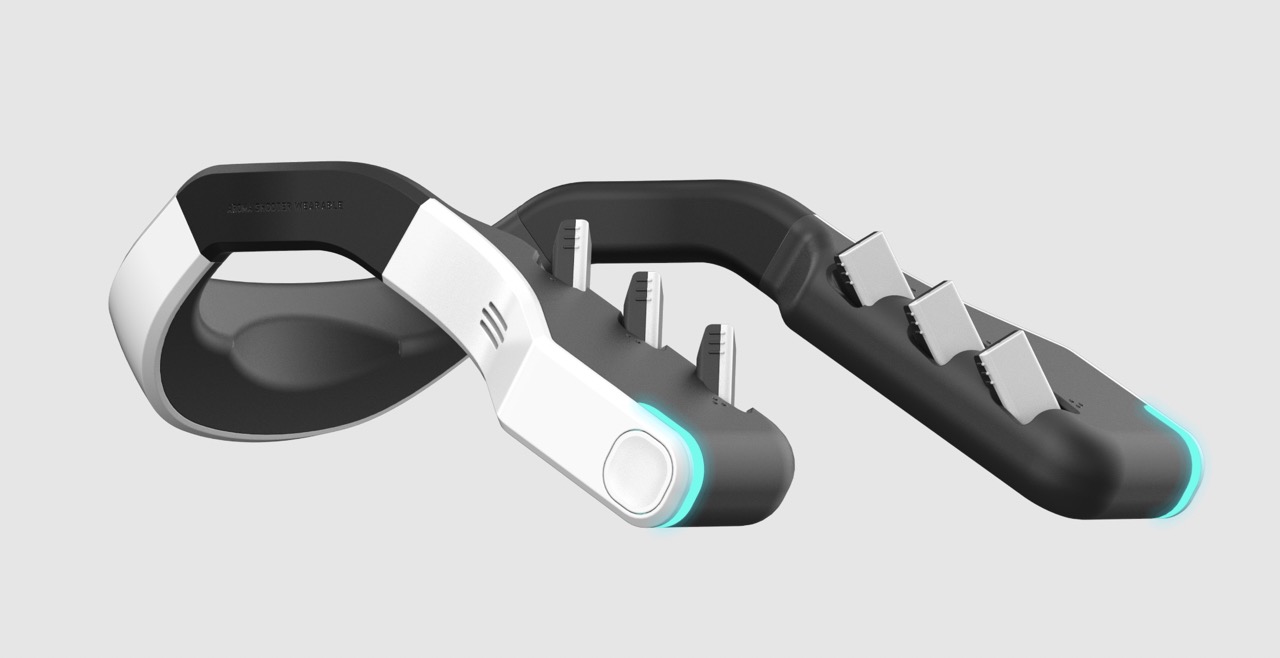 The AromaPlayer tool is easy to use, and can combine the company’s tools with any video from YouTube or videos from your own library. The color-coded interface makes it possible to add scents, timed perfectly with the video playing in front of you. The smell, timing, and duration can be programmed, and you can mix and match smells to trigger at the same time. The scents themselves come in tiny replaceable cartridges. IMG_2379 we had the opportunity to try it. The smells available are crisply delivered, and remarkably recognizable. Fresh grapefruit, a crackling campfire smoke, freshly baked bread, burning rubber – and when synced with video, the smells help the visuals come to life. The tech was initially used in high-end digital signage applications, with a dispenser that can jet smells your way from up to 6 feet away, but the company today showed off tools for anyone to create their own content and aromatic experiences – a demo is available at AromaPlayer.com. The neck-worn device is far more targeted than its commercially focused product and cannot be perceived beyond a foot or so away from the viewer. “Our technology gives a controllable smell, and with Aromashooter, you can choose the direction of the aromas. They can be timed to 0.1 second accuracy, and you sync them with music or videos,” says Dong Wook Kim, CEO at Aromajoin in an interview with TechCrunch at CES, adding that the company has more than 25 patents on the technology. To emit a scent, the device first takes in ambient air, which then passes through the cartridge to add the scent to the air. The nozzles are aimed directly at the user’s nose, delivering the smell. The device can connect to smartphones, computers, or VR headsets using Bluetooth. During normal use, the battery life of the device is around two days. The device will be released ‘soon,’ the company says, although exact pricing and availability are not yet set. ces-2023-banner-6 Aromajoin brings videos to life by squirting your face with smells by Haje Jan Kamps originally published on TechCrunch